Plus500 Solidifies Spot in FX Industry with IPO 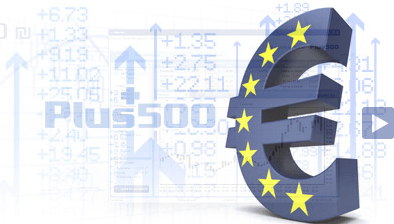 ForexNewsNow – Renowned European forex and CFD broker Plus500 just released its first financial statistics report after the company went public in July this year. The new report reveals an increase in revenues, profits and dividends paid out to shareholders.

The company’s bottom line net profit during the first six month of this year were of $15.4 million, representing a very large increase of 59% compared with the same period last year. The average revenue generated per user in the first half of 2013 was of $898, much larger than the $722 in 2012.

Plus500 revealed that this performance was achieved due to the company’s innovative marketing program that mainly involved partnerships with third party marketers and affiliates. This way, most of the actual marketing activity was conducted by third party collaborators, allowing the company to focus on the betterment of its actual services.

Likewise, the new report also revealed that the broker’s operating cash flow of this period was of $15.7 million as well as that net cash rose to $32.7 million, representing an increase of 27%. New customer numbers increased with a very high 22% and active users increased with 18%.

About the Recent Plus500 IPO

Due to the rapid growth of the company, Plus500 announced in July 2013 that it would go public through an IPO on the London Stock Exchange. The IPO resulted in the company raising $75 million that will mostly be used on the development of new services and future expansion.

This event made Plus500 one of the few GFD brokers to ever raise this much money in a public offering.

Plus500 is a CFD broker that offers online trading services in a large number of countries. The company’s CFD trading portfolio allows traders to trade on more than 50 distinct forex currency pairs with no commissions and fixed spreads.

Apart from forex, Plus500 gives traders the opportunity to trade on other assets as well such as commodities, stocks and indices. Traders will be able to deposit and withdraw money using multiple tools such as credit cards, Moneybookers, PayPal and more.

The broker is licensed by the Financial Conduct Authority. The FCA is the UK financial trading service regulator that was created a few months ago when the UK government disbanded the Financial Service Authority (FSA).