There are many players in the world of cryptocurrencies. Due to the popularity of these assets, many companies began to emerge serving a certain function to facilitate the interaction with the digital assets. Cryptocurrency exchanges are a central part of the crypto community. They allow common users access to the cryptocurrencies and introduce liquidity in the market. Some cryptocurrency exchanges have attracted more users than others and have been able to grow to billion dollar corporations with unique ambitions and capabilities. Binance definitely belongs to the latter category. In fact, it is considered the largest cryptocurrency exchange in the world at the time of writing. The exchange has a daily trading volume of $725 million, of which the largest share, naturally, comes on the Bitcoin USDT trading pair, but a very close second is the Binance Coin USDT pair. If you have never heard of what Binance Coin is, this article will introduce you to the cryptocurrency developed by Binance exchange as well its history and functionality.

History and background of Binance Coin

BNB would have no value without its founding platform and Binance didn’t become one of the world’s largest cryptocurrency exchanges overnight. Changpeng Zhao, the CEO of the exchange has extensive experience in the field of financial technologies. In 2005, he founded Fusion Systems, a company that offered high-frequency trading systems to brokers and traders. In 2013, when the cryptocurrencies started to attract a lot of attention, Zhao joined the team of Blockchain.info and worked at OKCoin as the Chief Technology Officer. His experience of dealing with spot trading between fiat and digital assets at OKCoin would be crucial at Binance.

Binance was founded in China prior to the government’s ban on cryptocurrency related activities in 2017. However, the ban forced the company to relocate to Japan and establish offices in Taiwan. In late 2017 the cryptocurrency boom began and all trading platforms saw increased demand, however, Binance still managed to come out on top as it became the world’s largest cryptocurrency exchange at the beginning of 2018. With the growing popularity of the exchange, more people started to face the need for what BNB does.

BNBs were introduced with the launch of the Binance platform and its ICO. It is an ERC20 standard token, which means that it is built on the Ethereum platform. BNB can be used to pay fees for using the services of the Binance exchange. This means that higher demand for the exchange’s services translates to higher demand for the coin. So, you can deduce how the demand for BNB was skyrocketing while the company paved its way to the top of the cryptocurrency market.

In the first quarter of 2018, Binance decided it was more prudent to open offices in Malta to avoid the strict regulations imposed on cryptocurrency companies in China and Japan. What’s more interesting for the BNB holders, the company also opened Binance Jersey, an independent organization which conducts fiat-to-cryptocurrency exchanges. 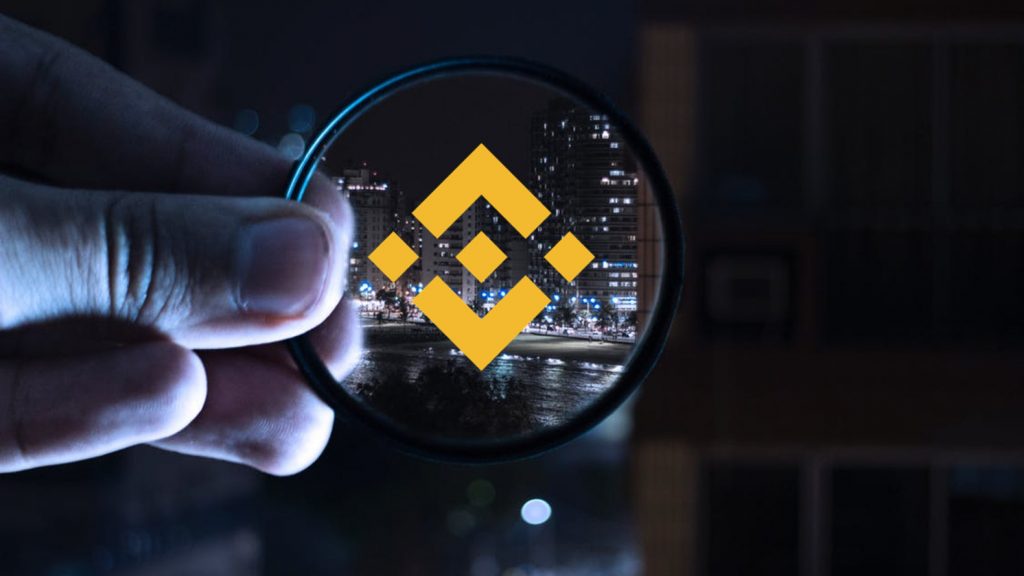 What is the use of Binance Coin?

Naturally, demand for BNB has to come from somewhere, and while there are many cryptocurrencies that are purchased simply for speculative purposes, Binance Coin actually carries a function within the Binance ecosystem. It can be used to pay for fees when using the services of the exchange. Furthermore, when paying in BNB, users are offered certain advantages which incentivize them to use this particular coin and not others. For example, in the first year of membership, the user gets a 50% discount when paying in BNB. This is a considerable benefit, especially or traders who have to make frequent conversions. The second year, the discount will decrease to 25% and it will half for the next two years. The fifth year, there is no special discount offered for paying in BNB. While this might cause some concern regarding the value of the coin over time, the exchange has already instituted a mechanism to tackle the decreasing value of the coin. Over time, Binance gradually destroys some BNB tokens thus halving the total supply of the cryptocurrency and maintaining its value and a stable price.

Fee payment is not the only purpose of Binance Coin. What Binance Coin does, is that it also serves as an investment tool in certain ICO projects. Investors can use BNB to invest in ICOs that participate in the Binance Launchpad program. These ICOs are the ones that get an automatic listing on the Binance exchange after completion. This means that if there are promising ICOs offered in the Launchpad program, demand for BNB will increase as well, so prospective buyers can take that into consideration when estimating the future value of the BNB coin.

In addition to these uses, BNB coin can also be used to pay for products and services at merchants at particular locations. More specifically, Binance has invested in an Australian start-up called TravelbyBit, which aims to facilitate cryptocurrency payments at retailers. The company already boasts one airport in Brisbane, which it has made cryptocurrency-friendly, meaning the merchants at that airport accept payments in cryptocurrencies, including BNB. “Look for TravelbyBit and put your coins (hopefully the Binance Coin or BNB) to use. Let’s start with airports and go from there. Long-term, TravelbyBit shares our vision and values, and we are excited to work together with them to bring a blockchain-enabled economy.” – Binance CEO Changpeng Zhao commented regarding the issue. This partnership not only expands the functionality and meaning of Binance Coin but also promotes cryptocurrency adoption in general, which is great news for the community.

BNB coins can also be used for various other purposes. The exchange is actively trying to incorporate its coin at many different merchants and retailers to motivate the demand for it by things other than speculation. For example, BNB coins can be used at the Moeda project for investments. Moeda focuses on bringing funding to small-scale entrepreneurs, and now investors are also able to support these businesses using Binance Coins. BNB can also be used to pay at the stores that use the XPOS device by Pundi X or to make payments on DENT Apps. There are various other outlets that accept payments in BNB as well.

BNB technology and the burning mechanism

As we’ve already mentioned, BNB was built on the Ethereum blockchain and follows the ERC20 standard. The total supply of the coins is limited at 200 million, however, there is a certain burning mechanism in place, which is designed to keep the value of the coin stable. The burning mechanism entails using 20% of profits each quarter in order to buy back and burn the BNB tokens. This will continue to occur until there is 50% of the total supply left. This means that the supply of BNB will be halved to 100 million. This is a crucial part of what BNB is and how it works. The platform will announce all buyback transactions on the blockchain so that the whole process is transparent. The website of the platform also lists the timeline of all buyback transactions and token burns. 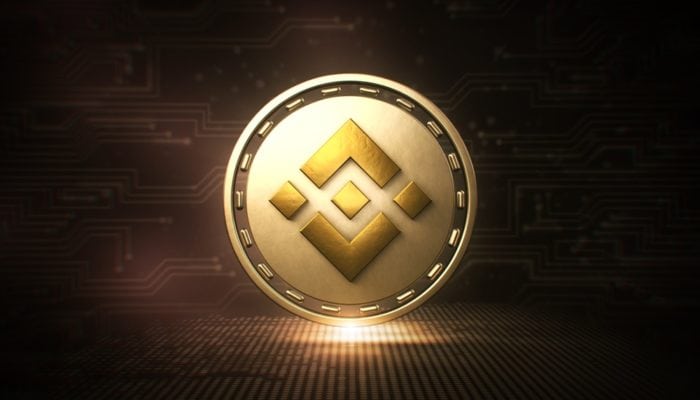 BNB is an ERC20 standard token, which means that it can be stored on any wallet that supports the standard. A good example of such a wallet is the MyEtherWallet. Of course, it is always possible to keep the coins on the Binance exchange, but this method of storage is considered to be very unsafe and is not recommended unless you need to trade with the funds often. For maximum security, it is advised to store these coins on hardware wallets like Trezor or Ledger Nano S. The website of the exchange gives a few recommendations for storing the coins including the hardware wallets mentioned above, BRD, Atomic Wallet, Ethos Universal Wallet, CoolWallet S, Jaxx, Trust Wallet, Enjin Wallet, and others.

Price and market capitalization of BNB

In the current environment, price and the market capitalization of the currency is an essential part of what BNB is. It is an important factor that many investors look at as they consider the future potential of the coin. Much like any other cryptocurrency, BNB has gone through volatile periods of fast growth and decline, however, as we’ll see shortly, it has experienced more promising moves lately than many other coins on the market. At the time of introduction, the price of a BNB token was just above $0.1, which put the market capitalization just over $10 million. As the exchange grew in popularity, so did its native token. In late 2017, there was the famous boom in the cryptocurrency prices and BNB was swept up in the movement as well. It peaked on January 12, 2018, at a price of over $23 and a market capitalization of more than $2.3 billion. Then, the correction came and the price declined sharply, however its later movements weren’t as disappointing as they were for other coins. The price still remained strongly above the $10 mark, which was a significant gain for early investors. In late 2018, the price dove again to a level of just over $5, but it went through a strong recovery in early 2019 and at the time of writing stands at $17, which is closer to the peak than many popular cryptocurrencies can dream of. These movements promise a great future to the investors, but it is impossible to make any predictions in the volatile market of cryptocurrencies. An interesting fact to note is that the market capitalization of BNB at the time of writing is over $2.4 billion, which is higher than the peak amount of $2.3 billion.

In conclusion, Binance Coin is one of the cryptocurrencies that generates demand that is motivated not only from speculation and trading purposes but also through real value. The coin can be used to pay for services of one of the world’s largest cryptocurrency exchanges as well as at different merchants and retailers on and offline. This is an extremely important factor that is actively pushed by the platform. It is at the core of what BNB stands for. Binance Coin isn’t just another coin that people should buy in hopes of increasing value, it can be put to real use and can act as a currency at an increasing number of merchants. These advantages of the cryptocurrency are becoming evident in its price movements. Although the coin wasn’t immune to the upswing and downfall brought on by 2018, it has fared relatively well when compared to other currencies and is gradually nearing its peak again.