Home - Forex Education broken down into useful sections - Cryptocurrencies educational course for beginners - What is Bitcoin Cash, a simple explanation of the cryptocurrency for beginners

What is Bitcoin Cash, a simple explanation of the cryptocurrency for beginners

What is Bitcoin Cash? While some might answer that question with ‘just another cryptocurrency’, there is much more to it for those who are interested to learn about its background and really find out how Bitcoin cash works. Bitcoin Cash was born as a solution to a problem that has been plaguing the Bitcoin network for a long time. So to truly understand what Bitcoin Cash is, it is necessary to know its origin story. It is no secret to anyone that Bitcoin was created as a means of transaction. It was intended as an alternative to fiat currencies, where users would pay for services with the digital coins. Nevertheless, a scalability issue present in the Bitcoin network has hindered its adoption as such. Bitcoin blockchain is made out of blocks which record transactions. In order to make a transaction on the Bitcoin network, it has to be recorded on the blockchain. The network has the capacity of processing one block every ten minutes. So in an hour, there are on average 6 blocks processed. Each block on its own can hold 1 MB of transaction data. This allows processing about 2,500 transactions per block. The constraint was put in place by the creators in order to avoid the possibility of an attack on the network with an extremely large number of transactions.

As Bitcoin gained popularity, an increasingly higher number of people started to transact using it. As a result, in 2017, the network reached its maximum capacity of 2,500 transactions per block. This meant that some users who initiated transactions had to wait as their transactions were gathered in a mempool awaiting their turn to be validated and included in the blockchain. The system is designed so that each transaction also includes a certain fee. Higher the fee, higher the chance of getting the transaction validated in a short period of time. As a result, as the size of the mempool grew, so did the fees. This virtually eliminated the usage of the Bitcoin network for what it was designed for. No user would pay for a small transaction in Bitcoins. Adoption of the cryptocurrency in restaurants and at merchants also became less feasible as each transaction would have to include a fee of over $15. At that time, there was no notion of Bitcoin Cash and no one yet knew the significance of BCH. The history of the coin provided below along with the explanation of BCH technical characteristics will shed a light on what Bitcoin Cash is and how it works.

Bitcoin Cash – explanation of the origins

The true meaning of Bitcoin Cash comes from its approach to the scalability issue, yet Bitcoin Cash wasn’t the first solution to the problem. Bitcoin Unlimited was one of the solutions offered by certain network participants. This solution entailed eliminating the limits on block sizes thus effectively allowing an unlimited number of transactions to be processed per block. While this would indeed tackle the scalability issue effectively, many Bitcoin enthusiasts saw other problems with the solution. As the size of the blocks would grow significantly, the smaller miners wouldn’t be able to keep up and the hashing power along with the control over the network would be concentrated among few select large miners. Many found this to be against the principles of decentralization the Bitcoin was founded upon.

Another solution to the problem was a Segregated Witness or SegWit. This meant separating the transaction data into two parts and storing part of the data in a separate location thus increasing the number of transactions per block. This solution also entailed increasing the block size from 1 MB to 2 MB to truly tackle the issue and not just delay it. Although many network participants agreed to install the Segregated Witness, the discussions about increasing the block size were still going on when a group of entrepreneurs decided to create a hard fork in the network. The name of the hard fork would be Bitcoin Cash.

Bitcoin Cash was offering a solution to the scalability problem by increasing the block size from 8 MB, thus effectively increasing the number of transaction per block. This would allow the adoption of the cryptocurrency for daily transaction purposes, which could be a part of the reason why its name has the word ‘cash’ in it. “Bitcoin Cash brings sound money to the world, fulfilling the original promise of Bitcoin as “Peer-to-Peer Electronic Cash”. Merchants and users are empowered with low fees and reliable confirmations. The future shines brightly with unrestricted growth, global adoption, permissionless innovation, and decentralized development,” – is the statement the visitors to the Bitcoin Cash website are greeted with. It is the first answer to the question: what does Bitcoin Cash mean? It emphasizes the benefits for the merchants and users by having lower fees and faster transaction confirmations. 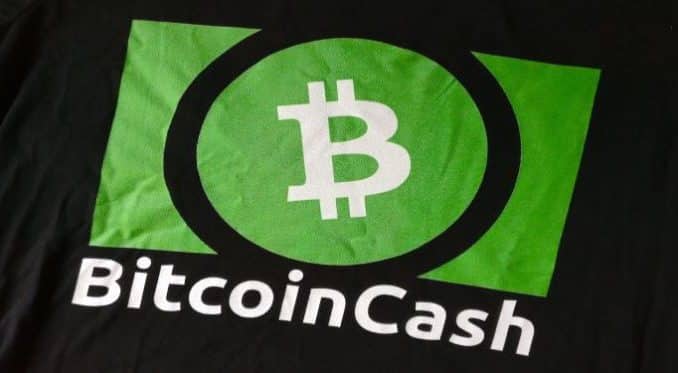 At the time of the hard fork, all owners of Bitcoin also received Bitcoin Cash. “All Bitcoin holders as of block 478558 are also owners of Bitcoin Cash. All are welcome to join the Bitcoin Cash community as we move forward in creating sound money accessible to the whole world,” – says the company. Initially, 1 Bitcoin Cash was traded for 0.5 Bitcoins. When Bitcoin Cash was introduced, many adopted it under different names. Some continue to follow the names they set out at the beginning, although, for the majority, the cryptocurrency is called Bitcoin Cash and the ticker symbol is BCH. So, if you were wondering what BCH stands for, it is just a ticker symbol of Bitcoin Cash. Bitstamp and Bitfinex, two of the most well-known cryptocurrency exchanges referred to the digital asset as Bcash but switched to Bitcoin Cash after becoming subject to criticism. Huobi exchange uses an alternative ticker symbol for the cryptocurrency – BCC. There were wallets as well which followed their own naming guidelines. Trezor wallet refers to the currency as Bcash. The team behind Trezor explained that this is done on purpose to avoid confusion between the original currency and the hard fork and avoid sending Bitcoin Cash to the original blockchain by mistake. There are still users who don’t know what Bitcoin Cash is and are unaware of its existence at all. Such users might easily confuse it with the more popular Bitcoin.

The industry didn’t adopt the currency immediately, although eventually, everyone showed support for Bitcoin Cash. Coinbase, which is to this day one of the most popular digital asset exchanges, refused to support Bitcoin Cash at first, but then added it to the list of supported cryptocurrencies. Bitmain, one of the largest companies in the world of cryptocurrencies which produces ASIC miners and operates a mining pool, said it would accept only Bitcoin Cash as a payment for the hardware. This was a stamp of approval that cemented Bitcoin Cash in the industry and truly showed the network participants the meaning of Bitcoin Cash. The reason cited for the exclusivity was the lower fees charged by the Bitcoin Cash network.

“Commerce on the Internet has come to rely almost exclusively on financial institutions serving as trusted third parties to process electronic payments. While the system works well enough for most transactions, it still suffers from the inherent weaknesses of the trust based model,” – reads the white paper of Bitcoin Cash. It is exactly this problem that the cryptocurrency wants to tackle. Consequently, the advantages offered by it serve to make Bitcoin Cash a better alternative for transacting. Speed is one of the major advantages of the digital coin. Transactions are processed in a matter of seconds and the merchants get confirmation in a matter of minutes. This is extremely important for the wide adoption of the cryptocurrency. If merchants aren’t able to validate the transactions quickly, they will prefer to stick to the current payment methods.

Reliability is another advantage of Bitcoin Cash. “A network that runs without congestion,” – says the website of the digital asset. This is another important feature as people take reliability extremely seriously when it comes to their finances. If people are to accept an asset as a means of payment and truly look at it as an alternative to the government issued fiat currency, the system has to be equally reliable. Low fees are an undeniable advantage of Bitcoin Cash and the main feature that sets it apart from Bitcoin. The security of the network is also crucial. Bitcoin Cash has all the advantages offered by other major cryptocurrencies when it comes to security. “The network timestamps transactions by hashing them into an ongoing chain of hash-based proof-of-work, forming a record that cannot be changed without redoing the proof-of-work. The longest chain not only serves as proof of the sequence of events witnessed but proof that it came from the largest pool of CPU power. As long as a majority of CPU power is controlled by nodes that are not cooperating to attack the network, they’ll generate the longest chain and outpace attackers,” – states the white paper.

At the time of its introduction to the markets, Bitcoin Cash traded at about $555. The cryptocurrency was introduced when the markets had already started to pick up. 2017 was the year of an unprecedented increase in the prices of these assets and naturally, Bitcoin Cash, a hard fork of the most popular digital coin, was part of the craze as well. The cryptocurrency reached its peak at the end of 2017 when it was trading at over $4,000. The market capitalization of the coin at that point was around $70 billion. Thereafter, the prices of the cryptocurrencies, in general, started to deflate and Bitcoin Cash wasn’t an exception. It’s price gradually dropped to a level of around $500 by November 2018. Although the price fluctuates a lot, it usually moves in the neighborhood of that number. It should be noted that the price of the coin in November 2018 is not very different from the price at the introduction. While other cryptocurrencies which were created years before the boom are still valued at many times more than the initial price, Bitcoin Cash simply returned to its original value after the 2017 boom and bust cycle. As of November 2018, the coin is trading at $560 and the market capitalization is $9.8 billion. This makes Bitcoin Cash the fourth largest cryptocurrency in the world. 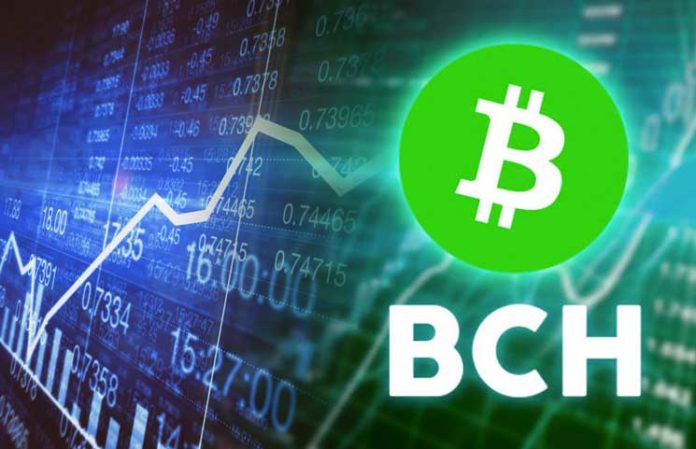 In conclusion, Bitcoin Cash was born as a solution to the problems of scalability plaguing the Bitcoin network. It hindered the adoption of the cryptocurrency for the purposes it was created for. Bitcoin Cash increased the size of the blocks and thus effectively increased the number of transactions per block. This reduced the fees and made the cryptocurrency more appealing for the merchants and users. The usefulness of the digital asset is clearly evident by its rate of adoption. Bitcoin Cash is one of the biggest cryptocurrencies in the world and even those who aren’t well-versed in the cryptocurrencies have heard about it. So, a short answer to the question ‘what is Bitcoin Cash?‘ is – a better way to make transactions and a chance for the Bitcoin network to become more widely adopted.