What is Dash – network with fast and untraceable transactions

The deficiencies in the Bitcoin network have motivated the creation of many cryptocurrency platforms that have since become hugely successful. One of such cryptocurrencies is Dash, which was forked from the Bitcoin network in 2014. Fast transactions are at the center of what Dash is and how it works. The scalability problems of the Bitcoin network have hindered widespread adoption of the cryptocurrency for payments, which is, after all, the purpose the system was designed for. The scalability problem has created large waiting pools and has led to extremely high fees which make it impossible to use for small transactions. Dash has tackled these issues and is positioning itself as a digital alternative to cash, hence its name.

Unlike many of its counterparts, Dash doesn’t try to attract a customer base through the promise of speculative gains but instead wants to establish the network on the market for its functionality. If you visit the website of the platform, you will see that the main focus is put on the meaning of Dash as a payment method and not on its mining capabilities or other cryptocurrency-related factors. The website lists the number of merchants and services that accept it as a payment method right away, along with its transaction speed of 1 second. This clearly shows the devotion of the network to its purpose of becoming the digital cash. Below we discuss in more detail the history and background of the network as well as its technical capabilities and differentiating factors.

In January 2014 Evan Duffield launched a Bitcoin fork under the name of Xcoin. The coin didn’t have a good reputation in the beginning. On the contrary, it was mainly used in pump and dump schemes as a speculative tool that left many investors dissatisfied. Naturally, it was becoming impossible to support such a brand and the creators decided to assume another name, Darkcoin. The latter name came from the active use of the coin in the darknet. This was still the time when the purpose of cryptocurrencies was still being established and some saw its use in the darknet as a viable business model. In 2015, the creators saw that being a Darkcoin didn’t quite fit in with the description of Dash and so they rebranded as digital cash or Dash. Consequently, the use of the coin on the darknet also decreased. Evan Duffield, the lead developer of the platform attributed the changes to the incorrectly converted difficulty, which allowed using a corrupt value to calculate the subsidy and as such asked for a relaunch of the coin with an airdrop that would broaden the base of the platform users. The community didn’t take up the offer and the operation of the network continued as before. 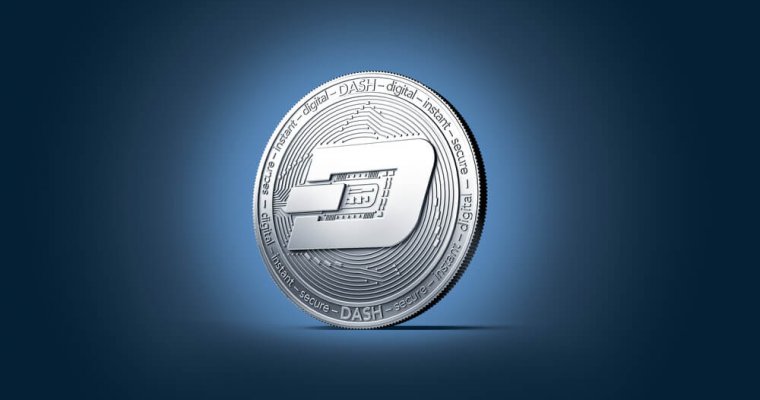 Dash team started out small, but with the popularization of the cryptocurrency, the team gradually grew as well reaching 50 employees and dozens of volunteers in its core team alone. The Dash DAO has also funded other projects like a research lab at ASU, which contributes to the adoption of the blockchain technology and cryptocurrencies in general. This way, Dash takes a more forward-looking approach to the technology and tries to popularize its functionality instead of the trading opportunities. This also shows in what Dash does and how it handles its operations.

Differentiating features of Dash and the technology behind it

While the underlying technology of the Dash platform is similar to other cryptocurrencies in many ways, there are also several differentiating features that could make it a more appealing option for some users. Unlike Bitcoin and many popular cryptocurrency platforms that use a single-tier network and let miners process all transactions, Dash has a two-tier network. This entails attributing certain functions like the generation of new blocks to miners and leaving others like the PrivateSend, InstantSend, and governance to the masternodes. These functions are a big part of what Dash does and they will be explained in detail below. The masternodes are the members of the network that have 1000 Dash coins or more. If a member spends coins and drops below that mark, they will be removed from the masternode. Furthermore, the rewards are split between miners and masternodes. Each gets 45% of the rewards. The 10% that is left is credited to the treasury system of the network.

We mentioned above functions like PrivateSend and InstantSend that are not common functions for all cryptocurrency networks. These are special products offered by Dash that appeal to certain customers seeking special types of transactions. PrivateSend is a tool for those who prioritize privacy when making transactions over the network. While this might be appealing to people over their ideological preferences, it is also actively used by people who want to purchase illicit products, which is why the method was first called DarkSend, until it was rebranded as RrivateSend in 2016. The product is basically a coin-mixing service that uses CoinJoin with some modifications. Using this tool masternodes can submit transactions via the special network code called DSTX, thus providing additional privacy to the users. Put in simpler terms, several transactions of the same type are added together and processed as a single transaction thus making it impossible to trace each to its sender. This is one way how Dash works to offer more convenience to its users.

InstantSend is another popular service of the Dash platform. It is designed for users who need their transactions to be processed right away. The way it operates is that inputs are locked to specific transactions and then verified by the masternodes. This way it sidesteps the standard blockchain confirmation procedures which could be lengthier. However, if the consensus isn’t reached through the masternodes, the transaction will have to go through the standard block confirmation process. Thus InstantSend takes care of the double-spending problem without long waiting times.

Governance and budgeting of Dash explained

Dash is a decentralized autonomous organization (DAO) which means it has a governance and funding system in place to operate. The treasury system oversees the development of the company and defines the consensus procedures required to make any changes to the network. We mentioned above that 10% of all rewards go to the treasury funds. These funds are used by the system to hire and pay developers, organize conferences and to fund integrations with exchanges. 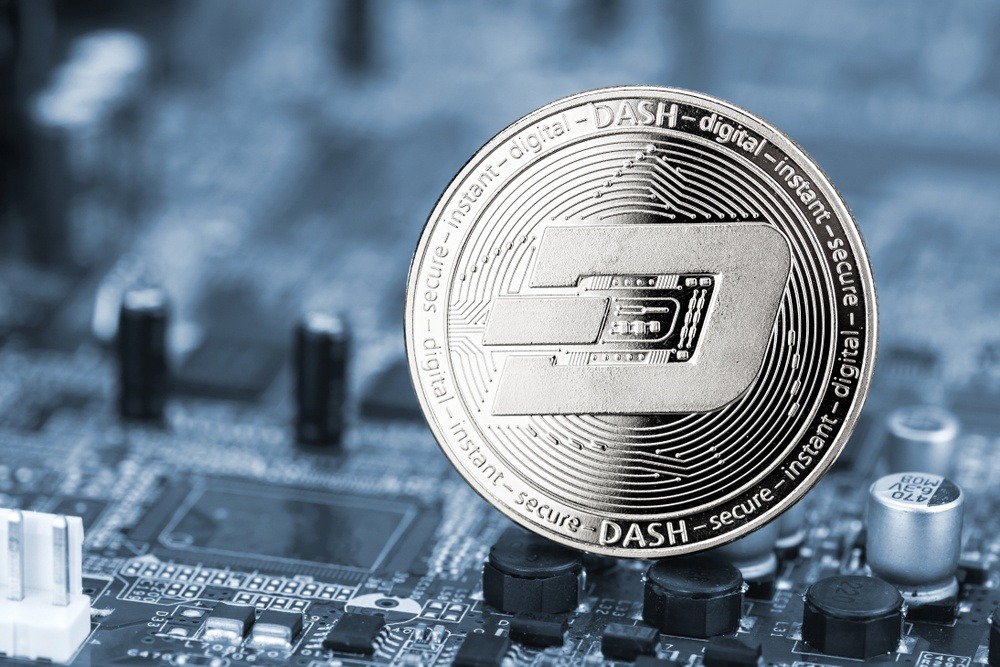 A consensus is reached through the masternodes. Each masternode has one vote and the proposed changes with the most votes are implemented if they meet the budget fund criteria. Of course, the voters don’t have to make a blind decision. There are forums and websites that facilitate the communication between community members so that each can lobby for a specific proposal and try to convince others about its benefits. This fits with the decentralized nature of the network yet still allows for some flexibility and changes that will keep the ecosystem up to date and able to meet the current market demands. When discussing the definition of Dash, it is impossible to avoid talking about the governance and budgeting system as it constitutes a central part of how the system is managed.

It should be noted that the funding system has been growing over the years. If 2015 there were $14,000 provided in funding a month, in 2017 this number reached over $650,000. These changes reflect positively on the network, which means more users and interest, which in turn translates to more funding to the network. This shows the importance of the governance system used by Dash DAO.

Where to store Dash

You can use several types of wallets for storing your Dash coins. The website of the platform offers an electronic wallet that you need to download to your computer and synchronize, which could take some time. If you are not willing to spend the time or your computer storage space, then you can resort to online wallets or keep the funds on the account on an exchange. However, keep in mind that these are the least safe ways to store your cryptocurrency. A safer option is to use software or a mobile wallet. For software wallets, there is an option of Dash Core and Dash Electrum, which, as mentioned above, need to be downloaded. Mobile applications are easier to use. If you are interested in this option, you can try Dash Wallet, Jaxx, Coinomi and some other options. Dash Android wallet is probably your top choice if you own an Android. It supports all Dash features like InstaSend. Furthermore, it has the ability to display QR codes in order to make quick and easy transfers.

If you don’t trade actively with your assets and don’t find the need to transact often with Dash coins, you can store them in a hardware wallet. Because these devices are not constantly connected to the internet, they are by far the safest option. “Hardware wallets are security devices designed keep cryptographic keys safe from hackers and thieves. Hardware wallets use random number generators, encrypted key storage, PIN numbers and passwords to offer the highest level of security for your digital currencies,” – explains the website of the platform. Some of the hardware wallets recommended by the website include Trezor, Ledger and KeepKey. A wallet is an essential part of how Dash works so you should take your time with choosing the right one. 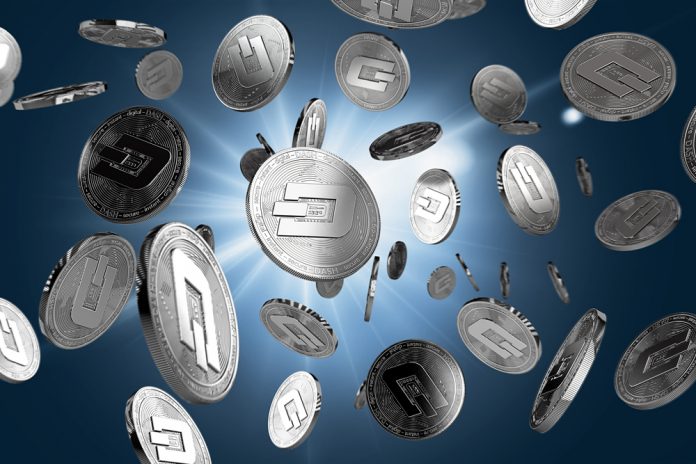 The price soon started to deflate and precipitously dropped to reach a level of around $80 in 2019. While a sharp decline from the peak of $1,542 it is still a huge increase when you consider where the coin started out. 2019 saw the price of Dash flatten out and follow a more stable path. The market capitalization, at the time of writing, stands at $800 million while the price is at $91. There is no clear direction for the movement of the price of the coin and it is interesting to see how the efforts of the platform to move to a more consumer-oriented model will reflect on the adoption of the network and consequently its price. The company is putting a lot of effort to point out that the true meaning of Dash is an alternative to cash in the digital world and it is not a mere instrument for making speculative gains.

In conclusion, Dash is a network that is focused on its payment technology and maximizing the convenience for users, which shows that the platform is interested in the adoption of its product more than it cares about the price movements. It has InstantSend and PrivateSend functions which differentiate its services from others and allow customers to make instant and private transactions. Furthermore, the masternode two-tier network along with its governance and budgeting make the system more flexible and adaptive to changes.