EOSIO is a smart contract platform that allows the development of industrial-scale decentralized applications. The native cryptocurrency of the network is called EOS. EOSIO has several distinguishing features that make it unlike other major cryptocurrencies on the market. In addition, the project has an interesting history and vision which have shaped what EOS means today. To understand how EOS works it is necessary to become familiar with the vision of its creators and the history of its development. EOS was built by Block.one, which is one of the leading providers of blockchain solutions. “The most powerful infrastructure for decentralized applications,” – this is how the creators describe EOSIO. Is EOSIO really as powerful as this statement makes it out to be and what does EOS stand for? We’ll try to answer these questions with the description of the platform’s features and the use cases as well as a brief overview of EOS native cryptocurrency.

Block.one released EOSIO as an open-source software in 2018. The white paper of the platform was published a year before. During the launch, the creators also distributed one billion ERC-20 tokens in order to make sure that the market adopted the platform quickly. With the tokens, users would be able to launch the EOS blockchain. Brendan Blumer and block.one also organized an Initial Coin Offering, which was aiming to raise $1 billion to support the platform. The appeal of the project was so big that the team managed to raise four times that amount.

“Bitcoin (Nakamoto 2008) seemed to be the word on a blockchain that promised the inspirations of both digital cash and smart contracts. Although it captured the attention of the cypherpunks, media and hodlers, it failed to make a mark on business. Ethereum (Woods 2014) attempted to fulfill the smart contract promise with an “unstoppable world computer” while Bitshares (Larimer et al 2014) strove to open up the market for tradeable assets. Hundreds of alternative Bitcoin blockchains or altcoins strove to make a small difference seem louder” – this is the introduction to the white paper of the project and it clearly demonstrates the vision of the creators, showing what EOS stands for. Although cryptocurrencies have become extremely popular, it was mainly because of the skyrocketing prices that made the early investors rich overnight. The technology still failed to become adopted. Ethereum was one of the first platforms that attempted to increase the appeal and use of the technology with smart contracts. Other altcoins have been created since, which target different business needs but there still seems to be no connection with the customers.

That is exactly the problem EOSIO wants to target. “It is timely to then take a fresh look at what the demand is for, from their perspective, and lay down the basis and a vision towards creating a practical and performant blockchain trade infrastructure,” – say the creators. The technical description of the platform might elucidate how the product designed by the team aims to achieve these goals and fit the needs of the customers that haven’t been met by other cryptocurrencies, shedding the light on what EOS is?

Decentralized applications, or DApps, represent a new type of applications that eliminate the need of management from a central authority. Such applications are enabled by the blockchain technology and they have several advantages compared to the traditional models. The elimination of middlemen in business processes increases the speed and effectiveness of the operation in many cases. Furthermore, the fees and commissions associated with such middlemen are also eliminated. The EOSIO technology aims to provide decentralized application hosting and smart contract capability. The target market for the platform is represented by large-scale businesses and enterprises that require comprehensive solutions.

Compared to the counterparts, EOSIO aims to offer some advantages. Bitcoin blockchain that boasts the largest cryptocurrency in the world wasn’t designed with the aim to host decentralized applications. As such, it doesn’t represent direct competition for EOSIO. Ethereum, on the other hand, targets a similar business need. Compared to Ethereum, EOSIO wants to offer better scalability and lower fees, which will make its services more appealing. Naturally, a question arises. How does EOSIO manage to offer these advantages? EOSIO is multi-threaded. This means that it can run on multiple core computers. Furthermore, it uses proof-of-stake for its consensus protocol. In proof-of-stake algorithms, the creator of the next block is chosen by the network quasi-randomly based on the wealth and the age of the participant i.e. how much stake they have in the network. Compared to the proof-of-work algorithms, this doesn’t require a lot of computing power.

Accounts on the EOSIO platform are 12 characters in length and human readable. When a user is creating an account, he/she also sets the name for it. On other popular platforms, the names are generated automatically and are not human readable. This emphasized the approach of the EOSIO creators to develop a user-friendly platform that is ready for global adoption. When a user creates an account, they have to reserve RAM as well which is required to store the new account until the account stakes tokens in order to reserve RAM on its own.

Another differentiating feature of EOSIO is its approach to allocating scarce resources. In order to allocate the resource most effectively, the system takes a free market approach i.e. it allows users to purchase and sell RAM. These purchases can be done using the native cryptocurrency EOS. Similarly to the free market, the supply determines the price of RAM. The less of it there is available, the higher will be the price for it. EOSIO uses the algorithm named Bancor Relay that facilitates the process. Bancor Relay offers customers to buy and sell RAM at previously established prices.

EIOSIO Storage is a decentralized file system which allows users to store files permanently and access these files using any web browser. Storage has been a problem for many users around the world. Some devices can’t handle the increasing need for storage capacity. Cloud solutions have become available that allows users to store files on remote servers, but as these services are provided by private, centralized companies, there are high fees associated with them. On the proposed EIOSIO Storage, there wouldn’t be any upfront fees or commissions for the storage. The initial deposit which users will have to make to start using the service will be completely refundable. EOSIO Storage will be built on EOSIO and InterPlanetary File System. The service will actually be provided to the users by block producers. The block producers will host these files and user will be able to access them using any internet browser.

At this point, a reader might have become confused with what EOS is and how it differs from EOSIO. The answer is simple, EOS is the main native token of EOSIO. It is classified as a utility token, which means that it grants users access to some utility. In this case, the utility is the bandwidth as well as storage on the blockchain. The bandwidth allocated to the user is proportional to his/her EOS holdings. For example, if someone owns 0.001% of EOS tokens, they will also be able to use 0.001% of the total available bandwidth. In addition to this utility, EOS tokens also allow users to cast votes and thus contribute to the decision-making when it comes to various issues of the network. These votes elect block producers who will be tasked with validating blocks. This saves computing power considerably and allows cheap transactions, which is not the case for other large-scale networks. 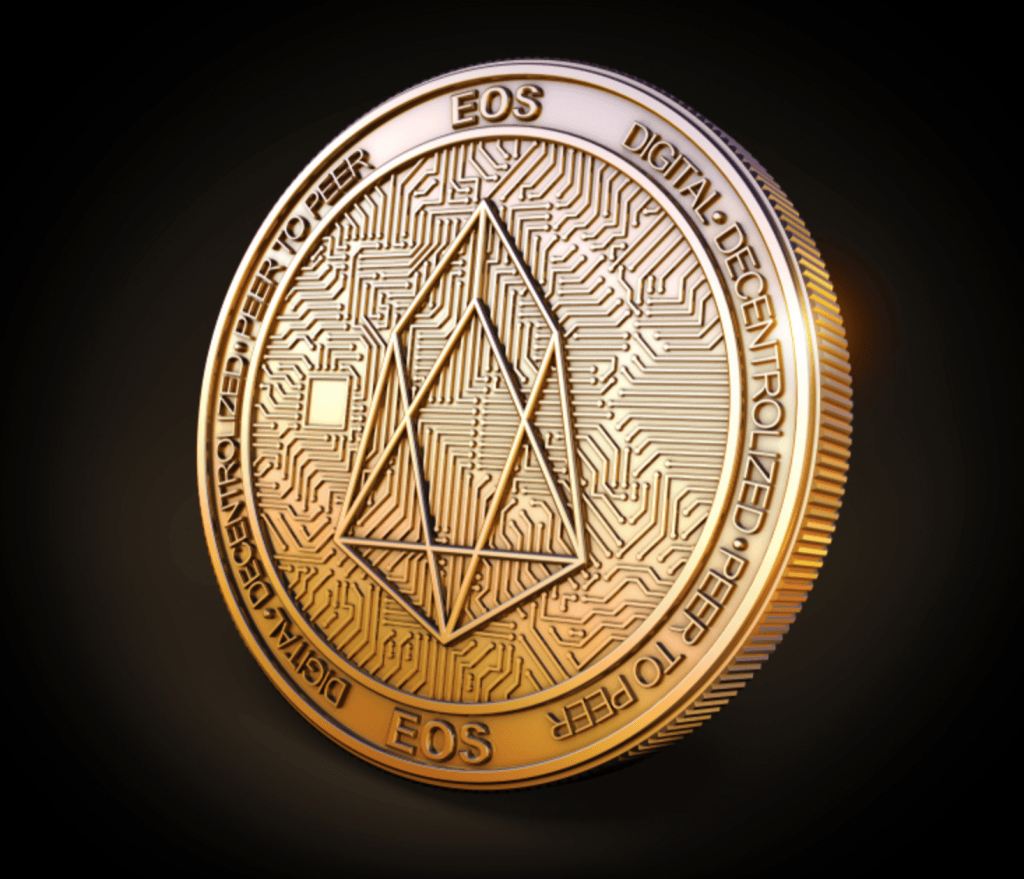 Of course, any definition of EOS wouldn’t be complete without considering its price movements. The price of one EOS as of November 2018 is approximately $5.3. This brings the total market capitalization of the coin to $4.8 billion and makes EOS the 6th largest cryptocurrency in the world. There are about 1 billion EOS tokens in supply. Because EOS was launched in 2017, when the cryptocurrency market had already blown up, it didn’t go through the years of stagnation that some of the older currencies went through. At the launch, the token was priced at around $1 and the price spiked immediately. It came back down to that level again and stayed there until November 2017, when it was swept up by the general momentum in the cryptocurrency markets. At its peak, the price of a single EOS was just over $21. The market capitalization of the coin during that time was about $17 billion. After the excitement blew over, the price deflated and reached a level of around $5 where it fluctuates currently. This is still a 500% increase over the initial price and the investors who recognized the potential of the platform at the beginning and invested in the token are definitely better off as of November 2018.

Use cases and adoption of EOSIO

As of November 2018, there are over 250 projects on the EOS platform. 100 of these are already live and others are in development. One of the most exciting projects that is planned to launch on the EOSIO platform is Everipedia. The company, which is a for-profit online encyclopedia, announced last year its plans to use the EOS blockchain in order to offer a new cryptocurrency which will be called IQ. These tokens, which users will be able to exchange for Bitcoin, will incentivize participants to generate information. The main advantage of the platform, compared to Wikipedia, will be that countries that block Wikipedia won’t be able to stop its population from accessing the information. The project has already attracted interest. CEO of Galaxy Investment LP, Mike Novogratz and block.one have invested $30 million in the project. 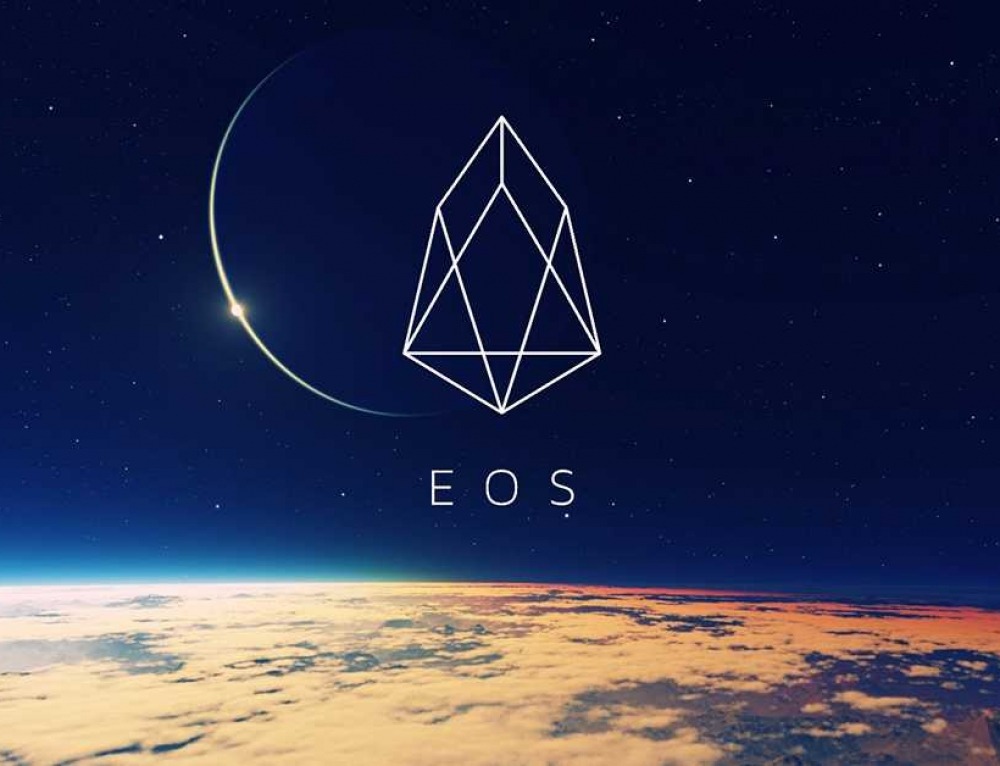 WAX is another interesting project launched on the EOS platform. The Worldwide Asset eXchange, targets the gaming industry who are able to exchange virtual assets using the marketplace provided by WAX. Although people who are not interested in gaming might not realize the scale and importance of such an exchange, over 400 million gamers around the world will find it extremely useful to have a single marketplace to exchange digital assets quickly and easily. EOSfinxe is another exciting project that will be launched on the EOS platform. It will be a decentralized exchange. There are many cryptocurrency exchanges that have centralized management and thus charge high fees and commissions. Having a decentralized exchange would mean easier access to these digital coins and better chances of widespread adoption.

These projects show the capabilities of the EOSIO platform and its multifaceted nature. What EOSIO does, is that it enables developers to create various types of projects using the platform. The team behind EOS has envisioned it as a solution to large-scale businesses and enterprises. The number of projects being launched on the EOSIO blockchain is indicative of the appeal of the technology. Much like Ethereum, EOSIO is pushing the boundaries of the blockchain technology, bringing forward the true capabilities that have been overshadowed by the cryptocurrency craze. EOS, the native cryptocurrency of the network has a clearly defined use as a utility token, which means that as the network gets more adopted, the demand on the cryptocurrency will only increase.