Home - Forex Education broken down into useful sections - Cryptocurrencies educational course for beginners - What is Litecoin, more about the cryptocurrency that originated from Bitcoin

What is Litecoin, more about the cryptocurrency that originated from Bitcoin

What is LTC? To answer that question, we need to learn about the origins of the cryptocurrency. While many digital assets have been created from scratch or to serve a specific purpose, Litecoin was built on the Bitcoin platform with an aim to improve on the deficiencies of the network. Bitcoin has drawn criticism on multiple issues and Litecoin is an answer to some of the bigger ones. It is also a way for digital assets to become more widely accepted. This article explains what Litecoin is and how it works.

The background and history of Litecoin Explained Simply

Litecoin is characterized by its creators as a peer-to-peer Internet currency. It is a fork of Bitcoin that has an open source code. The main difference between Bitcoin and Litecoin is that the latter can process a higher number of transactions in a given period of time. For many people, the main problem with Bitcoin has been its ineffectiveness with processing transactions. Considering that the cryptocurrency was built for this purpose, these deficiencies have hindered its adoption. As a result, Charlie Lee, a former employee of Google decided to create a ‘better version’ of the cryptocurrency and released Litecoin via an open-source client on GitHub. Litecoin went live on October 13, 2011. 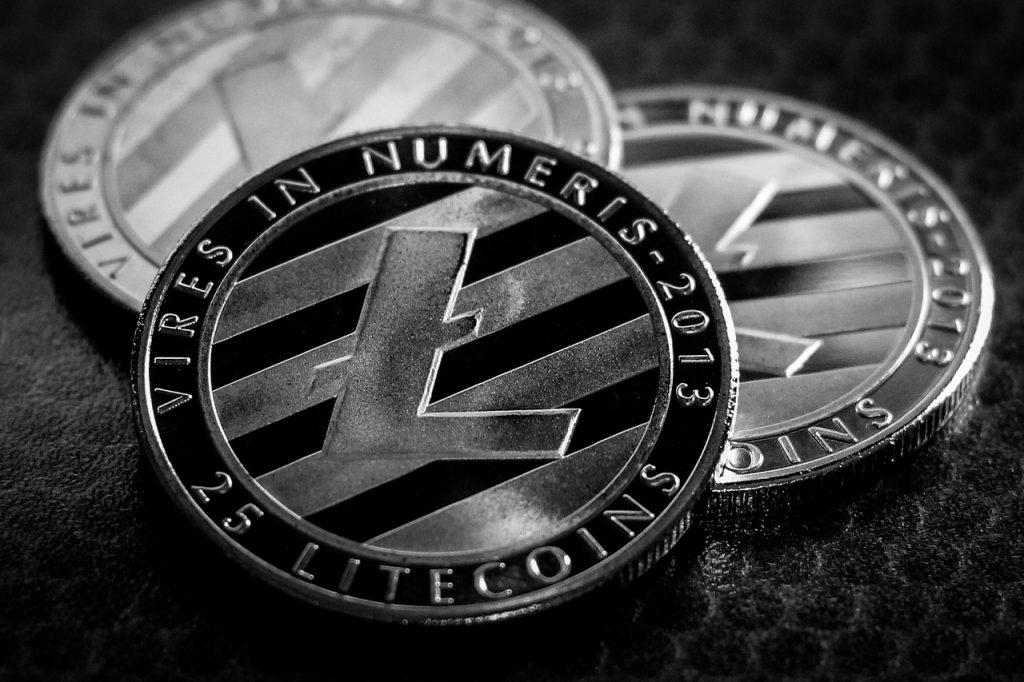 For those wondering what LTC means, the team behind the cryptocurrency has an answer. “Litecoin is an open source, global payment network that is fully decentralized without any central authorities. Mathematics secures the network and empowers individuals to control their own finances. Litecoin features faster transaction confirmation times and improved storage efficiency than the leading math-based currency. With substantial industry support, trade volume and liquidity, Litecoin is a proven medium of commerce complementary to Bitcoin,” – this is a statement the visitors to Litecoin’s website are greeted with. The team behind Litecoin outlines the main advantages of the cryptocurrency, which was at first perceived to be an alternative to Bitcoin but has established its own footing and is now one of the major cryptocurrencies in the world. We will go through the advantages of the network individually and compare it to Bitcoin to give our own answer to the question: what is Litecoin?

Litecoin improves on the scalability issue of Bitcoin

To really understand what Litecoin stands for, it is important to look at the features that differentiate it from the rest of the cryptocurrencies and Bitcoin specifically. As Litecoin is built on the base of Bitcoin, the two cryptocurrencies share many similarities. In fact, Litecoin is similar to Bitcoin in most aspects. Yet, there are several distinguishing features that make it more efficient in terms of processing transactions and really shape what Litecoin stands for. The block generation time on the Litecoin network is 2.5 minutes, which is four times less than the 10 minutes it takes for the Bitcoin network to generate a block. Furthermore, the maximum number of coins per block is also increased. All of this means that the network is able to process more transactions on average in a given period of time.

On the Bitcoin network, the size of mempools, which is a pool of transactions that still need to be validated, could reach sizes that hinder the effective operation of the network. People trying to transact using the network could have to wait hours or days to have their transactions recorded on the blockchain. As a result, the cryptocurrency couldn’t effectively serve the purpose it was created for. This has been one of the main criticisms of the Bitcoin network. With Litecoin, the size of a mempool is reduced drastically as blocks are generated four times more often and the number of transactions per block is also increased.

One of the reasons why short transaction time is important is to increase the adoption of the cryptocurrency. If merchants start to accept payments in cryptocurrency, which is one of the main ways the coins can be adopted, they need to receive confirmations for transactions as fast as possible. Although different merchants might consider different criteria for a confirmed transaction, higher block generation speed means that on average this time will be reduced. This means that the merchants will feel more comfortable accepting payments in that cryptocurrency.

Scalability is not the only difference between Litecoin and Bitcoin networks. Litecoin uses a different hashing algorithm known as Scrypt, while Bitcoin uses the well-known SHA-256 for the proof-of-work. Unlike SHA-256, Scrypt is memory intensive. This means that the generated numbers are stored in the Random Access Memory of the processor. Thus, RAM needs to be accessed continuously. Generally, Scrypt based protocols have a lower hash rate than those which are based on SHA-256. This is what enables the Litecoin network to generate blocks at a faster pace. 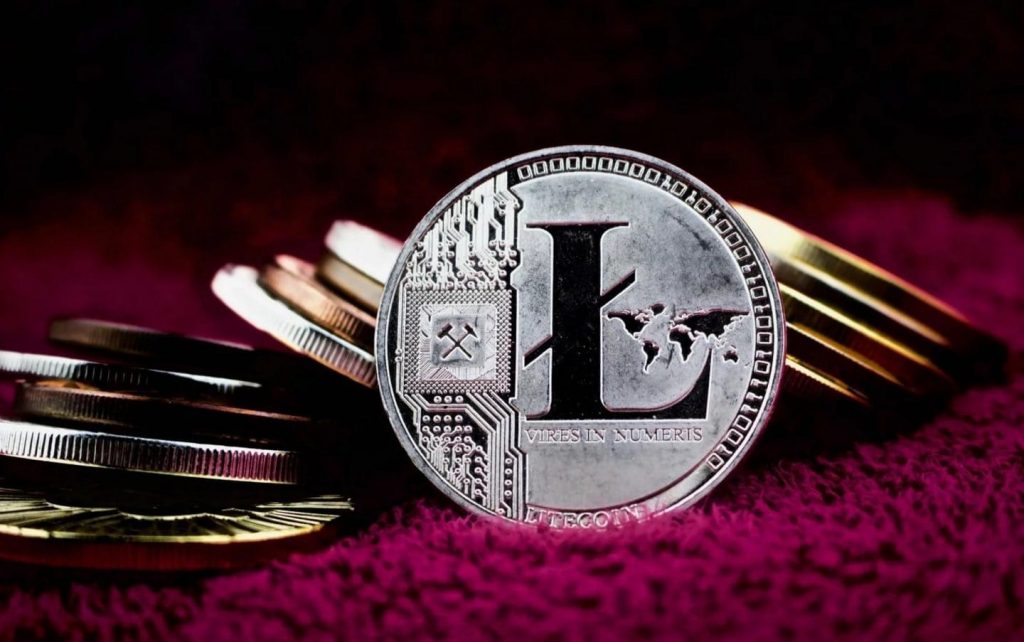 The main reason why the creators of the Litecoin network chose Scrypt over SHA-256 is to avoid ASICs being able to mine the cryptocurrency. Cryptocurrencies can be mined using multiple options that include CPU, GPU, and ASIC miners. The latter has been developed specifically for the purpose of mining cryptocurrency and is much more efficient than the rest. Thus, CPU and GPU users are put at a disadvantage and the mining power is concentrated among those who operate ASIC miners. As Scrypt is memory intensive, the advantages of ASIC miners are eliminated and all users are put at an equal footing. Although this was the intention of the creators when choosing the hashing algorithm for the network, they didn’t manage to maintain the approach in the long run. Contrary to the creators’ plans, ASIC miners that are targeted to the Litecoin network and Scrypt have been developed that have managed to get around the hindrances. As a result, users of CPUs and GPUs can’t mine Litecoins effectively anymore.

Litecoin network has been distinguished by its innovativeness as well which is another part of what Litecoin does. In 2017, it became the first top-5 cryptocurrency to adopt Segregated Witness. This soft fork allows cryptocurrency networks to process a higher number of transactions per given time frame. The same year, Litecoin was the network that processed the first Lightning Network transaction. The transaction was a transfer of a small amount of Litecoins from Zurich to San Fransisco and it took under one second to complete. Lightning Network is another solution that helps the scaling problem of cryptocurrencies. It uses peer-to-peer payment channels to process transactions in a very short period of time securely.

Yet another advantage of the Litecoin network is in its wallet encryption. “Wallet encryption allows you to secure your wallet so that you can view transactions and your account balance, but are required to enter your password before spending Litecoins. This provides protection from wallet-stealing viruses and trojans as well as a sanity check before sending payments,” – explains the network’s website.

With the full emission of Litecoins, there will be 84 million coins in circulation. This is four times more than the number for the Bitcoin network. Initially, the miners were awarded 50 coins for each block mined, but the reward has been reduced to 25 new coins. This amount is halved every 840,000 blocks, which takes about 4 years. At this rate, about 3 quarters of the Litecoins will have been generated by 2020.

Much like any other cryptocurrency, Litecoin has gone through ups and downs in terms of the price movements. When people still didn’t know what Litecoin stood for, it was one of the smaller cryptocurrencies on the market. It started out at a stable pace and fluctuated around $3 for quite some time. There was a slight uptick in the price at the end of 2013 when the coin exhibited a massive growth of 100% in a matter of a single day. Nevertheless, the price came down back to the usual level again and stayed there for a couple of years until the cryptocurrency craze began in 2017. Starting in March of 2017, the price of the cryptocurrency began to skyrocket and although there was the usual accompanying volatility, the main trend was that of an exceptional growth. By the end of the year, the coin was traded at over $320, which was a hundredfold increase over the average price for a previous couple of years. The market capitalization of the cryptocurrency during the peak nearly hit $20 billion.

In December 2017, the price started to exhibit a downtrend and disregarding a bounceback during January 2018, fell steadily to a level of $50 at which the price stood on November 2018. The market capitalization of the coin at that time was just over $370 million. According to coinmarketcap.com, that made the cryptocurrency the 7th biggest by market capitalization in the world, behind Stellar and above Cardano. This is a slight fallback for a coin that was in the top-5 in 2017.

In conclusion, Litecoin, which was born as an idea of an improved Bitcoin, has grown to become one of the most popular cryptocurrencies in the world. Now, everyone who has dabbled into the cryptosphere beyond only investing in the biggest coin in the world knows what Litecoin means. The coin could also be an answer to the issue that is the lack of adoption of the cryptocurrencies. Litecoin offers a more comfortable setting for the merchants as they are able to accept customers’ payments with digital coins a lot faster. Litecoin also cares about the technology and what the blockchain stands for, which is equal access for everyone. This is why it chose to eliminate the advantage of ASIC miners and allow everyone to have an equal chance of participating in the project.