What is Ripple – review and explanation of a unique cryptocurrency

With the emergence of cryptocurrencies, there have been a few names that became ubiquitous transcending the realm of cryptocurrency enthusiasts and crossing over into the mainstream. Ripple is definitely one of such names. It has managed to establish itself as one of the biggest cryptocurrencies on the market and has also received a lot of support from the industry it is trying to serve, which is rare for the digital assets. Cryptocurrencies are usually sought out for their growth potential and bought as a means to earn money. Ripple, on the other hand, has been adopted by large financial institutions and corporations. So, what is Ripple and how does it work? What makes Ripple different from the other cryptocurrencies on the market so that companies are willing to choose it over some of the bigger names like Bitcoin and Ethereum? This article provides an educational piece on what Ripple is and how XRP is defined.

Ripple payment protocol provides a real-time gross settlement system along with a currency exchange and remittance network. The payment protocol was built by Ripple Labs, Inc. which is an American technology company founded in 2012 in San Fransisco. Ripple differs from other popular cryptocurrencies in many ways. It is also one of the most innovative networks. “In a world where three billion people are connected online, cars drive themselves and appliances can communicate, global payments are still stuck in the disco era. Why? The payment infrastructure was built before the Internet with few updates,” – is the statement the visitors to Ripple’s website are greeted with. This demonstrates the ambition of the team behind the platform to offer modern and innovative solutions to the global finance. This article will discuss the history of the network and its differentiating features to answer the question: what is Ripple? 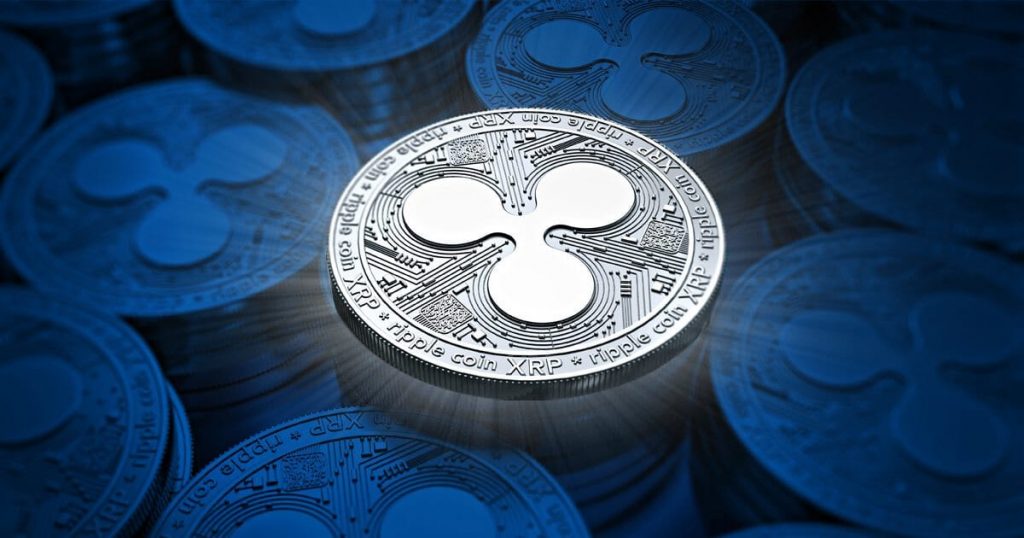 Background and history of Ripple explained

To be able to see what Ripple is, it is important to get acquainted with its history and see how it was created. Ripple traces its roots all the way back to 2004. Ryan Fugger, a web developer in Vancouver, after working on a local exchange trading system came up with the idea of creating a decentralized monetary system. This entailed creating a network where individuals could create their own money without any central authority. The idea saw its first realization in RipplePay.com, which launched in 2005. In 2011, based on the idea of RipplePay.com, Jed McCaleb started working on a new version of the Ripple system. The new network wouldn’t require mining to verify transactions. Mining is a central feature of some of the largest cryptocurrencies like Bitcoin. It is necessary to verify the validity of the transactions but takes up time and electricity as it requires computing power. Ripple, on the other hand, validated transactions through the consensus among the members of the network. In 2012, Chris Larsen, the founder of E-Loan and Prosper joined McCaleb and they approached Ryan Fugger together. Fugger allowed the other two to take over the process and in 2012 the team opened a new corporation named OpenCoin. Opencoin would become the groundwork for Ripple.

Opencoin took it upon itself to create a payment network that allowed two parties to transact between each other without wait times or additional fees. The company called it the Ripple Transaction Protocol. For security, the company drew on the blockchain principles and programmed the network on a common ledger. Unlike Bitcoin, Ripple would distribute the ledger to select members of the network only, which are trusted implicitly. These members would compare their versions of the ledger and thus validate the transactions. For distributed ledgers, it is important to have many validating members for the network to be incorruptible. That’s where the trust in the system is derived from. With Ripple, the system is as trustworthy as the validating members, as a result, such members would include banks, market makers and large companies. To allow for transactions among financial institutions, what Ripple does is introducing into its system a cryptocurrency called XRP. 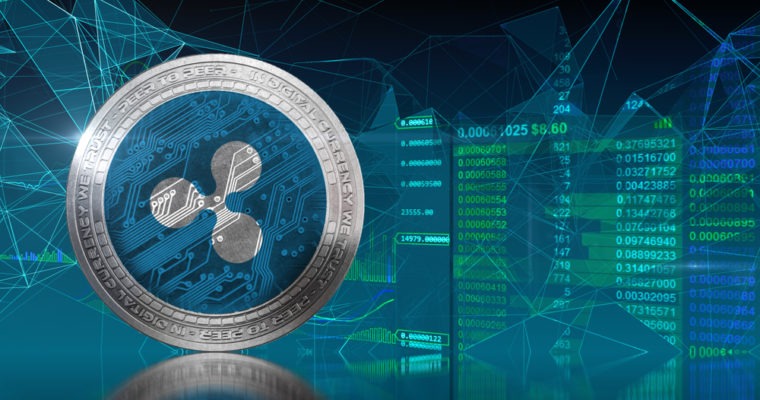 The creation of Ripple Labs and the first partnerships

2013 was a year of big changes for the company. It was renamed Ripple Labs Inc in September. A few months before that, the company announced the Bitcoin Bridge, which allowed Ripple users to send funds to Bitcoin addresses in any currency. Also in 2013, Ripple reference server and client became free software and were released as open source. In 2014, the company branched out to new projects like an iOS client app that allowed users to send and receive currency using just their phones. At that time, such tools weren’t as commonplace as they are today. The app does not exist today.

It was in those years that the adoption of Ripple by financial institutions started to pick up. When the majority of the world still had no idea what Ripple stands for, Fidor Bank, which is an online-only bank based in Munich, was the first bank to open its doors to the Ripple technology. Following the partnership with Fidor Bank, Cross River Bank in New Jersey and CBW Bank in Kansas also announced the adoption of Ripple protocol. The first major partnership for Ripple came in December when Earthport, a global payments service which serves Bank of America and HSBC adopted the protocol offered by the company. This partnership was so significant that the price of XRP rose by 200% making it the second biggest cryptocurrency in the world at the time and reaching a market capitalization of $73 billion.

Throughout the next few years, the company established partnerships with many large institutions. Commonwealth Bank of Australia started working with Ripple in 2015 and testing the network for interbank transfers. Next year, the company established the first interbank group for global payments that are based on the distributed financial technology. The group includes a few of the impressive names in the modern financial world like Bank of America Merrill Lynch, Mitsubishi UFJ Financial Group, Royal Bank of Canada, Standard Chartered, Santander, UniCredit, Canadian Imperial Bank of Commerce and Westpac Banking Corporation. Gradually, the network became extremely popular and now anyone who has expressed interest in cryptocurrencies probably knows what Ripple is. 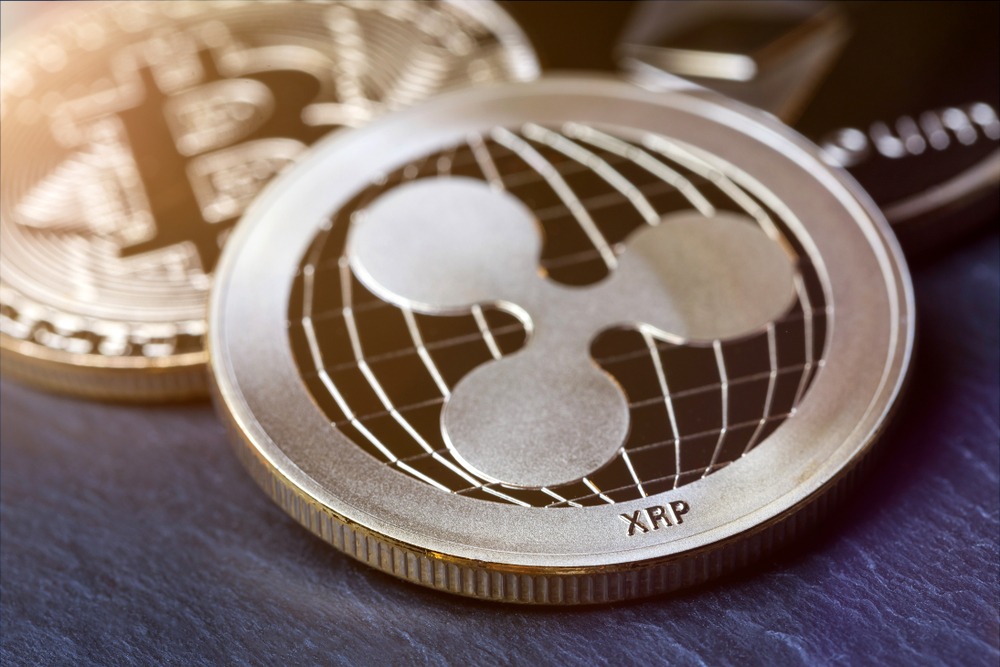 Ripple – the meaning of rippling

One way the network has gotten around the trust issues is through the introduction of rippling. What this means, is that the users are able to select the gateways that they trust. A gateway can be any organization or individual which enables users of the network to put money and take out the funds from Ripple’s liquidity pool. To get an idea of what these gateways do, think of them as the exchanges for other cryptocurrencies. If users want to have a balance on Ripple’s distributed ledger, they have to resort to these gateways, deposit their money and be issued a balance. This is similar to how people deposit fiat currency in digital asset exchanges to receive coins in exchange. Similarly, when taking out the funds, gateways have to redeem the ledger balances. Because financial transactions of large scale can be involved, gateways often have to go through the same regulatory processes that traditional banks do. These could include extensive anti-money laundering and know your customer procedures. Some of the biggest gateways include Bitstamp, Kraken, Mr. Ripple, The Rock Trading and others.

Once a user selects which gateways to trust, Ripple network is notified that the user feels comfortable transacting with that particular gateway directly. It is also possible for the user to set a certain limit on the size of the transaction. If a user extends trust to multiple gateways, they can act as an inter-gateway liquidity provider. This can be done through the rippling option. Users earn small fees for allowing such transactions to go through them.

The consensus on the ledger is reached through what the company calls a “network of independent validating servers that constantly compare their transactions records.” A transaction mentioned in the statement includes any change that is made to the ledger. Every time such change is made, an updated version of the ledger records all the transactions that have been done on the network. Such ledger is called the ‘last closed ledger’. For a transaction to be validated, the supermajority of the network has to approve it. If no such consensus is reached, the process is done again until an agreement is reached.

XRP is a native currency to the Ripple network. When Ripple was first created, 100 billion XRPs were minted. Unlike other cryptocurrencies, where the coins are mined gradually, all of the possible XRPs have already been generated. XRP is a divisible unit. One-millionth of an XRP is called a drop. Each account on Ripple is required to have a reserve of 20 XRP, but users don’t need XRP to transact on the network. Many other forms of assets are represented on the ledger as debt obligations. The advantage of using XRP for transactions is the absence of a counterparty risk. All such transactions are done immediately and the XRP is ‘moved’ from the sender’s account to the receiver’s account. Compared to other major cryptocurrencies like Bitcoin, XRP transactions are also a lot faster. They usually take about 3 to 4 seconds. 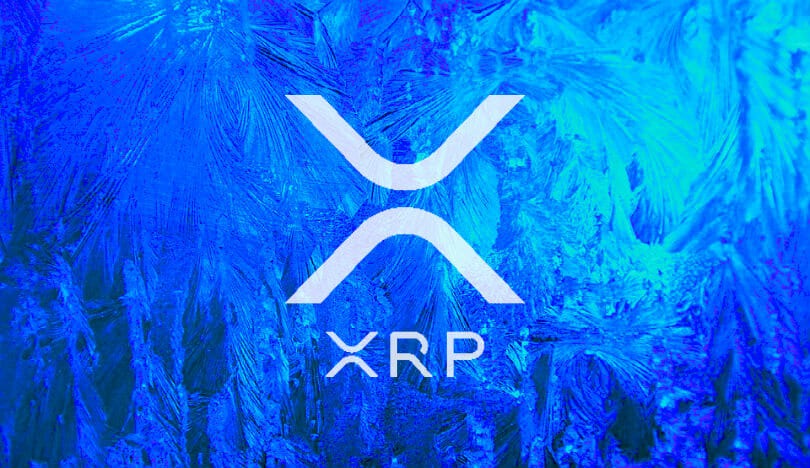 Not all XRPs have been distributed right away. The creators of the network have kept 20% of all coins. The rest will be distributed gradually with a goal to incentivize the adoption of the network and popularization of the platform. “Since 2012, Ripple has methodically sold XRP and used it to incentivize market maker activity to increase XRP liquidity and strengthen the overall health of XRP markets. To alleviate concerns surrounding XRP supply, Ripple has placed 55 billion XRP into a cryptographically-secured escrow account. By securing the lion’s share of XRP, people can mathematically verify the maximum supply of XRP that can enter the market,” – states the company’s website.

In conclusion, Ripple has managed to set itself apart from other major cryptocurrencies by offering real solutions to real financial problems. The platform is designed so that it is ready to be adopted by large financial institutions. The company has positioned itself strategically as a tool for financial institutions. “Ripple provides one frictionless experience to send money globally using the power of blockchain. By joining Ripple’s growing, global network, financial institutions can process their customers’ payments anywhere in the world instantly, reliably and cost-effectively. Banks and payment providers can use the digital asset XRP to further reduce their costs and access new markets,” – is the company’s answer to those wondering what Ripple stands for.