It doesn’t matter whether you are having a lazy Sunday, or just that you want to learn more about trading, it is important that you keep up with how the pop culture presents the world of trading today. The thing is, there are not that many films talking about the Forex industry, but the Forex industry is also not the only trading industry in the world. Forex trading movies best work when Forex is in the background of the film, while the events and the cinematography are what the viewer gets to concentrate on. This is why we have decided to prepare for you a list of films that you can watch at your leisure, but ones which you must watch if you intend to have any kind of idea about the trading industry and how competitive and adrenaline-driven it actually gets.

The movies below are going to make the world of trading seem very attractive. Whether you are a beginner or a professional, it is important to understand how the world sees traders. Through this, the trader will be able to conduct him or herself accordingly. But these movies are not just about how traders are seen, they are also about how the world of trading, be it on Wall Street or off Wall Street, really is. This is why the list below contains masterpieces of fiction, stories based on true events and documentaries trying to capture the true stories behind the events they describe. This way, the beginner trader will know what they are getting themselves into, while the professional trader will be able to advance themselves in the industry with the mistakes and the expectations of the world in mind. 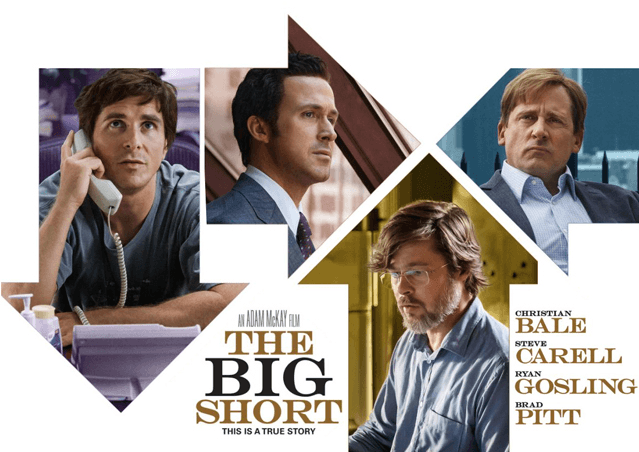 This film was directed by Adam McKay and earned him a lot of praise around the world. It was nominated for several Academy Awards, as well as BAFTA and other awards. It received the awards for its screenplay, including an Oscar, which is high praise and makes this one of the best trading movies of all time. The film is based on the stories of several individuals that were part of the trading industry in 2008, right before the market crash. One person, Michael Burry, is able to foresee the market crash and starts betting against (shorting) the real estate market. This, in turn, results in two more people noticing the trend, one of them is a banker and the other is a hedge fund manager. This story goes on to tell how these people started betting against the market, expecting the economic crash and how the crash brought them incredible amounts of profit. While at it, the film also goes into detail about some of the industry lingo, as well as the more complicated concepts that arise within the film. This makes the film incredibly easy to understand, while also providing some knowledge to the viewer, which makes it a great film to watch for all beginner traders looking to learn a little bit more about trading, CFDs, subprime mortgages and so on. As a bonus, you get some amazing performances by Steve Carell, Ryan Gossling and the rest of the star-studded cast while finding out how the 2008 market crash happened and how the smart people, looking at the market realistically, were able to profit off of it. Though don’t feel bad for not liking any of the characters. The film doesn’t want you to like them and they don’t much like themselves either.

Directed by Martin Scorsese with a cast of Leonardo DiCaprio, Jonah Hill, Margot Robbie, Matthew McConaughey, and more amazing stars, this was considered by many to be the film of the decade. If you have not seen or heard of it, I am, at this point, obliged by law to ask you whether you have been living under a rock for the past few years. The film was nominated for multiple awards and features some of the most impressive story writing, action and the most impressive jaw-dropping moments in film history. The film follows the story of Jordan Belfort, a less than a scrupulous financial specialist, as he goes from rich to richer to filthy rich to having the kind of money many can’t even dream of. This is all done through stock trading. The great thing about the film is that it takes its time to explain some of the concepts of trading, while also showing the kind of dubious acts the man was engaging in. In its overall presentation and the contents, it is one of the best movies on Forex trading and not Forex trading. It will galvanize many and has made many want to trade for all the wrong reasons, but we still recommend it. Just watch out – it is three hours long, even if it is action and beauty packed.

Directed by Oliver Stone and featuring Michael Douglas, Martin Sheen, and Charlie Sheen before he went crazy.  The film was made in 1987, but the sentiment towards money seems to ring true through time, with the tag line “Greed is Good” following it wherever it goes. The performance in the film earned Michael Douglas an Academy Award, so yes, it is definitely worth watching just because it is a good movie. But beyond that, the film explores in depth what Wall Street trading looks like. It tries to portray the type of people who are drawn to trading in both positive and negative lights, with those who are driven by greed shown to be what they truly are. The film explores insider trading, how easy it is to be tempted by large sums of money. You will see the trading floors enough while being kept on your toes by adrenaline throughout the entire film. The themes covered within this film definitely make it one of the top movies for Forex traders. 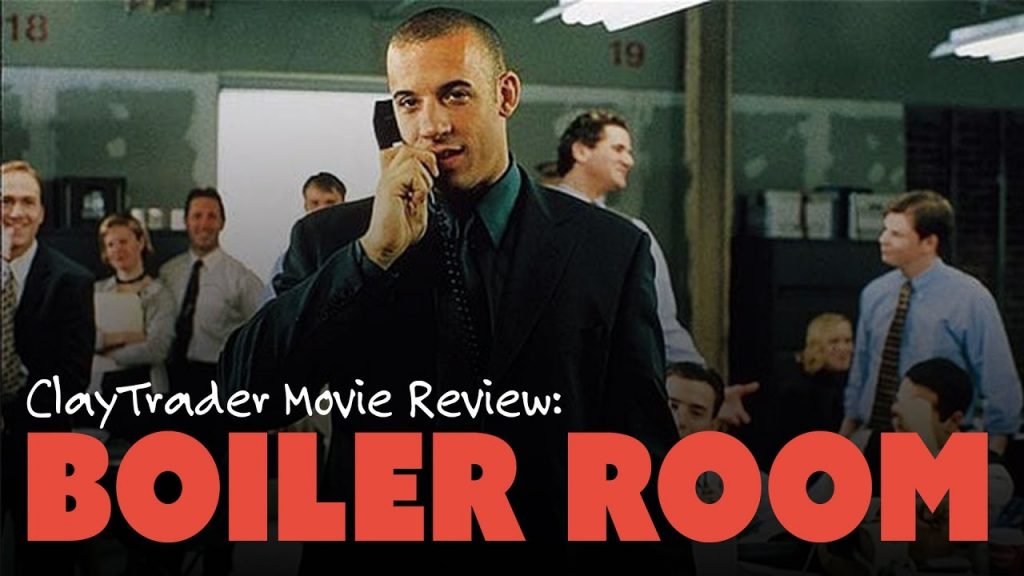 This movie was directed by Ben Younger and has a star-studded cast featuring Vin Diesel, Ben Affleck, Giovanni Ribisi, and many more impressive actors. Ask around the block and you will find many an aspiring broker who has loved this movie with the entirety of their heart for years now. Why? Well, because it offers the viewer an important and incredibly interesting story. The film follows the main character, who decides to get a job as a broker and on his journey to becoming incredibly rich, at all costs. The film explores the thin line that lies between morality, decency and the unbridled pursuit of riches. The high-speed action, the incredible wealth and the fun of the film have inspired any a person to try and participate in the world of trading. This inspiring nature is what makes Boiler Room one of the best movies for traders in Forex or otherwise, while also keeping it as one of the best movies about business, in general.

Directed by Michael Glyn, this is a documentary film about Paul Tudor Jones II, one of the most legendary traders to have ever lived. This is one of our favorite Forex movies for beginners that we ever recommend to those who ask. The reason is simple: it talks about the man who made millions of dollars trading Futures and Forex. The documentary follows Paul Tudor Jones II, describing his life, sensibilities and the way he works, while tracking and exploring how complex and fast moving the world of trading is. All of this takes place right before the market crash of 1987, offering an outlook on the market and the world that is rarely seen or captured by fictional films of the time. It is a great and a short watch for all those interested. Paul Tudor Jones II is one of the most important traders and hedge fund managers alive today. This man, in many ways, defined the way the market works today, by how he acted and how he traded throughout the years. No wonder this is one of the most important movies to see. He is the ower of Tudor Group, one of the largest investment funds out there. Go ahead and watch it, you won’t regret learning how a man who has been this successful operates. Maybe you can learn a thing or two from him as well.

Directed by Charles Ferguson and received as one of the best documentaries to have been made about the 2008 market meltdown, and one of the best trading documentaries period, this one is a must watch. The Inside Job explores the world of trading in 2008, specifically the trading that led to the crash, the trading that was happening during it and the trading that took place afterward. It starts a conversation with all the businessmen who made money and lost it upcoming and during 2008. It explores the effects, the corruption and the details of trading that happened. It is an uncompromising look at the problems that the industry faces while getting directly in the face of those who operate in it. It is definitely one of the best stock trading movies out there and if you have not done so yet, you should put it on your schedule of movies to watch.

Not all the items listed here are movies. The Wall Street Warriors is not a movie for sure, neither is it a short documentary. It is actually a documentary series following the work of some of your average wall street traders. It has three seasons, with two-year intervals, and documents all of the real-life crazy that actually happens on wall street and the trading puts around the world. Within the episodes of this series, viewers will be able to see how the people in the industry actually operate, the jobs they actually have, the way they think and work and the way they lead their lives on a daily basis. It is not a glamorized look at wall street, as some of the top trading movies mentioned before are, but it is a realistic look. It allows you to see the day to day of being a trader and understand why they do and how they do the things they do. Despite the lack of glamour, the series is still able to capture the amount of adrenaline, aggression, and energy that goes into living and working on Wall Street. 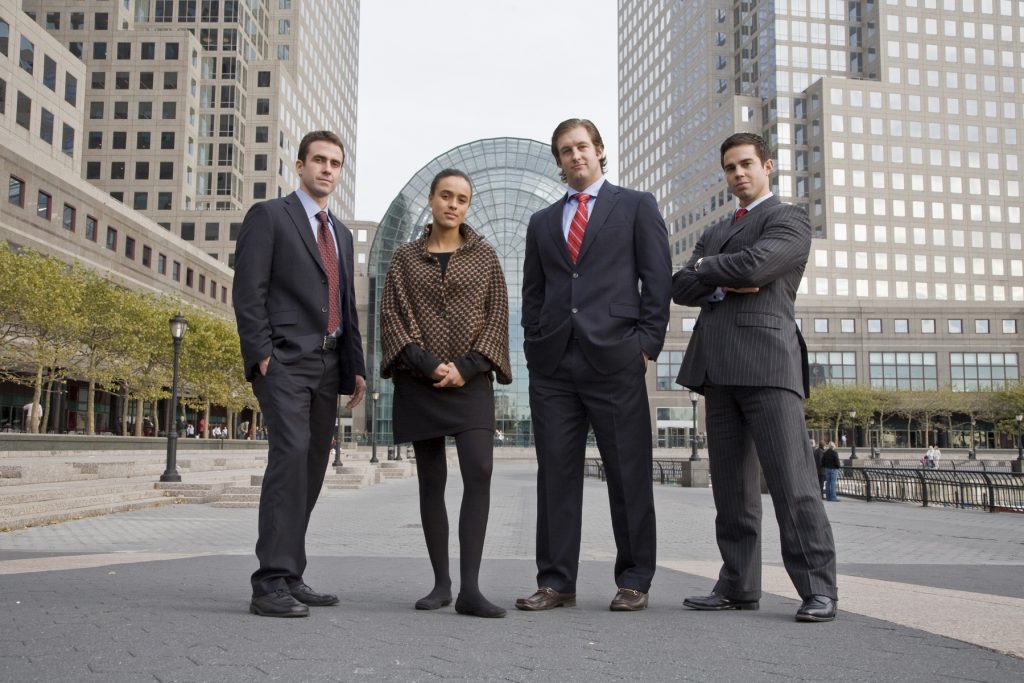 If you are an aspiring trader or if you want to know what trading is like, those are the movies that you should go ahead and watch right now. If you are a trader who somehow ended up with a day off (made that million, haven’t you?) looking for the all of the energy without the exhaustion of Wall Street, these are the movies you should be watching on your day off. These are some of the most enjoyable films the industry has to offer, while also being honest and close looks at the world of trading. We highly recommend them, as we love them so much.