Economic indicators with the most impact on the Forex market

Well, answering the question from the title – YES, they definitely are! And we will explain today what are the leading economic indicators affecting the Forex market and why do they matter at all.

The Forex market itself is quite unstable and depends on hundreds of various factors. Thus, traders are ready to go for anything that might somehow help them while they are stumbling in the dark. The economic indicators are exactly those tools that might guide them along the way. 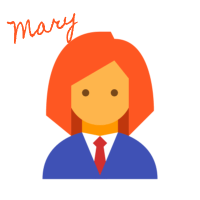 Now, let us introduce you to Mary. Mary is a beginning trader, she just graduated the college with the BA in Finance and really wants to start trading. Cause, let’s be honest, after spending 4-5 years studying something, we want it to pay off and bring some money into our pockets. So, that is what she did, she created her Forex account and stood up in confusion, as she had no idea how can she predict what will happen to market, how the currency rate will change, as none of those things were studied at university.

Therefore, let us explain it all. Yes, you could still find it in economic books or Wikipedia, but we will explain it easier. Without any more rambling, let’s jump right into the topic.

What an economic indicator is in the first place? 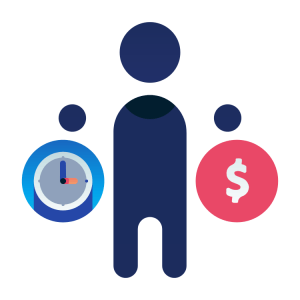 Okay, let’s imagine that Mary has flu, what does that suppose to mean? Basically, apart from Mary spending the time home coughing and sneezing, that means she cannot work efficiently, neither she can study, or be an efficient member of the society at all. On the contrary, if Mary is completely healthy and full of energy, she can relocate that energy into doing something valuable. Regardless of how strange it might sound, that is exactly what FX economic indicators are.

Generally speaking, those are the pieces of data that decide how the economy evolves and which direction will it take in the nearest future. The economic indicators simply help investors, traders, brokers, and other financial personas to conduct the analysis of what the economy was like previously, what it is like today, and, respectively, what will it be like in the future. Those indicators might be provided as by the large governmental agencies, so as by private organizations.

Mary was a good student, so she wants to study the topic in depth. She wants to go above and find out if those indicators can be somehow grouped in separate groups. Unsurprisingly, as quite everything in the economy, they can be divided into groups that are based on the timing of those actually.

Now, when Mary knows the basics, she wants to find out what are those super-mega important indicators, how to interpret them, and why are economic indicators important. Well, we have no other option but to help her out.

Notably, what we are going to do here, we will indicate only those best Forex economic indicators that are influencing the market the most. There are dozens of various indicators. However, for now, it is important for you (and our fictional character Mary) to understand the basics first.

GDP is truly the ‘king’ among other Forex economic indicators. What is shows us? That depicts the total monetary value of all goods and services produced within the borders of a country during a time frame (usually a year). Just to clear things out, investors today are really worried about the decreasing growth of GDP value in the USA. Because they know, the negative GDP is never a good sign. On the contrary, it directly means the recession of the economy, which is obviously no good. 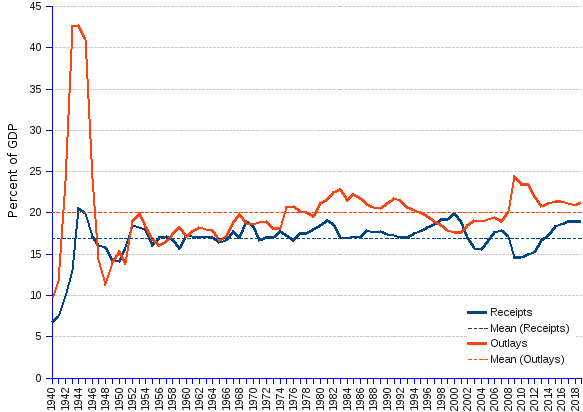 Now let’s find out what are the ‘ingredients’ of that GDP cake. It consists of several parts: personal consumption expenditure, business investment, government spending, and exports. Why did we just bombard you with that information? Because what you need to understand, that GDP itself is a complex concept and depends on many indicators, and if even one changes, the whole indicator changes as well.

So, all in all, once the GDP value rises, the currency value rises as well. But why can GDP increase? There are basically three scenarios, either more goods were produced in the country, the same amount of goods was just sold for the higher price, or the higher amount of good was sold for the higher price. However, the increased GDP might not always lead to positive outcomes. Thus, the excessive production of goods might lead to inflation, which we all know is a bad thing to happen. The GDP values are always kind of a ‘trigger’ for investors when it comes to putting money into the cash flow of the country or not.

Thus, making things easier, GDP and Forex currency rates and in a positive correlation, meaning that of GDP goes down, the currency will sink with it.

That indicator, indeed, is more closely related to inflation, as it shows how the cost of the basic products changes for consumers from month to month. Usually, there are 200 types of products that are divided into several categories like food and beverage, transportation, housing, apparel, medical care, recreation, education, and things like that.

You don’t need to be a financier to know that inflation is one of the most damaging things for the economy. Thus, the governmental policies are always dedicated to implementing tools that will control it. The CPI indicator, in turn, allows seeing what the inflation is like in the country. Just by looking at how the petroleum or cigarettes are getting more expensive with the time, you can easily calculate the inflation rate.

CPI is one of the economic indicators with the most impact on the Forex market just because it directly influences the governmental monetary policy. Once the government notices the increase in the inflation rate, it can increase the exchange rate of the currency. Thus, affecting its position in the world Forex arena.

Along with the previous indicator, PPI is one of the major economic indicators. However, unlike CPI, it shows what are the changes in the costs for the wholesalers rather than consumers. That means, how the cost of producing toothpicks, for instance, changes for the producers of the product since last year.

Notably, imagine that those costs increased, then, logically thinking, the one may expect the production to slow down or the price for the products and services, right? What does it give us? That will affect the GDP as well.

Why would you need the PPI indicator? Well, as for trader, that will be a great tool that will allow you to trace the direction of prices and the inflation path as well. Just to clear things up, imagine the prices did actually go up for producers. That means, in turn, that the prices for goods rise too. Which means….right, that means the increase in inflation. To stop it from going upward, the central bank of the country will most probably increase the exchange rate. The increased rate is a sign for the investors to put money into the country.

The poor employment within the country will most probably lead to the overall weak economic position of the country. As unemployment basically means that people cannot afford to buy things, it is clear why it is one of those important Forex economic indicators.

Before we got to that indicator, you have noticed it several times, haven’t you? That is because it is one of the best economic leading indicators Forex. Why so? Well, simply saying that is the whole essence of the currency. That is why it can completely change the outlook of the economic condition of the country.

Just by looking at the overall status of the economy, the central bank might obtain enough ground for changing the interest rates (increasing and decreasing it, depends on the situation).

All in all, there are many economic indicators for Forex trading out there that can simply help you to understand in which currency to invest and which ones to avoid. Thus, it is crucially important to check on the economic calendar in order to be updated on the most recent news and changes in the economic world.

Of course, the indicators provided today are far from all other ones that are, in fact, influencing how Forex market changes over time. But by understanding those, it will be much easier for you to understand how exactly shall you interpret those indicators and what you should keep an eye for.