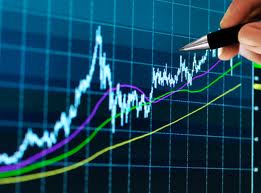 NEW YORK (Forex News Now) – As the 2010 nears its final quarter, the global economic situation is as unclear as it was at the beginning of the year.
With that being said, a look at key global economic indicators can reveal critical bits of information that can be invaluable to realtime forex traders looking for a hint of the future and an edge on the market at large.
Below is an overview of the USD, EUR, and CHF and what global economic indicators should be followed closely in currency market trading.
USD
The main economic indicator that affects the dollar, arguably, is the employment report. The dollar has an inverse relationship with the unemployment report, released monthly. The dollar is expected to endure sluggish growth at best due to unemployment rates that will likely remain above 9% throughout most of 2011.
The GDP report is another key indicator. A higher GDP will drive up interest rates, which increases the yield of T-bills and bonds. This attracts investors to the dollar, which causes it to rise. One note of optimism: The historically-low interest rates maintained throughout 2009 and 2010 by the Federal Reserve mean that there is plenty of upward potential in the dollar.
EUR
One of the key indicators to follow for realtime forex traders is the Euro-zone Trade Balance. A negative trade balance usually results in an appreciation of the euro, since investors see a trade surplus as a sign that money is flowing into the euro zone economy. The trade balance has grown from -11655.5 in March, 2010 to -14,782.4 in June, 2010, and is projected to continue to rise.
The euro is also heavily influenced by inflation reports, specifically the Euro-zone Consumer Price Index (CPI).  Inflation decreases the purchasing power of a currency, which causes interest rates to rise.  If the CPI is too high, the euro will fall. The overall index for the euro zone has risen by 1.7% from July, 2009 to July, 2010. Beyond 2%, the euro will suffer due to excessive inflation.
Also, as experienced this summer, credit downgrades and excessive public debt in member countries will drive the euro down.  The crisis with Greece and several other EU members has weakened the euro considerably against the dollar and has still not been satisfactorily resolved.
GBP
As with the above currencies, GDP and inflation are key indicators.  An additional indicator that is useful in currency market trading with the pound is the key interest rate as determined by the Bank of England.  The rates are usually anticipated in advance; what is important to note are any indications given in the wording of the announcement for future rates.
Generally speaking, the pound will rise in the future if the outlook of the announcement is optimistic or positive.  If the announcement is negative or pessimistic, it will likely fall.  The future rate is more important, in this instance, than what the current rate change is. The latest announcement given by the Bank of England on Sept. 9 indicates that the rate will likely stay at 0.5% in the near-term.
CHF
The Swiss franc has a reputation in the global forex trading world as a safe haven currency; as such, it has experienced extensive gains throughout 2010 as the global economy has wavered.  I look at CHF through a contrarian lens.  If the global economy is up, the CHF will probably be down, and vice-versa.
An expected decline in the dollar and euro will likely send investors to the CHF.