Home - Forex Education broken down into useful sections - Forex Basics - How to Base Your Forex Trades?

How to Base Your Forex Trades?

Making money with currency market trading involves a lot more than just knowing how to place an order, use leverage, and read spreads.  It also involves conducting meaningful and accurate analysis to try and get a handle on what the market is doing and will do in the near future. 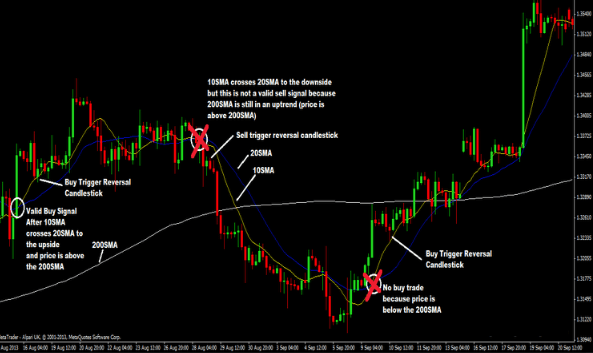 This is easier said than done, admittedly, and no single approach is perfect or infallible. But, learning how to analyze the markets fundamentally and technically is a must for any serious forex investor.  This is what separates investing from gambling, just as learning probability, strategy, and betting methods is what separates blackjack or poker from a random game of chance like roulette.

We’ll give you an overview of two types of critical analysis: fundamental analysis and technical analysis.  We will then tell you how you can use these approaches to making a sound financial decision with your trades.

What is Fundamental Analysis?

One of the main types of analysis when it comes to trying to make a sound decision – i.e. a decision that earns money – is fundamental analysis.

Think of fundamental analysis as examining the important economic events and situations in the world.  These include:

Basically, any piece of news that affects the economy can be forex trading news and forms a part of fundamental analysis.

The Major Movers of the Markets: Five Factors to Consider

When conducting fundamental analysis, you can really get into the weeds and digest obscure reports for a slight edge.  But, most investors can conduct sound analysis by keeping their eyes on five factors:

GDP is the main indicator of the strength of an economy.  A strong GDP report usually makes a currency rise, while a disappointing or negative GDP report often sinks a currency.

Key speeches from policymakers – such as central bank officials, finance ministers/officials, etc. – often move markets because they give clues as to where the market is expected to go.

Disappointing unemployment reports (such as unemployment rates rising) tend to weaken a currency, while positive reports strength it.

The other main type of analysis is technical analysis, which basically ignores the concepts discussed in fundamental analysis and looks purely at numbers, trends, and mathematics.

Basically, you use technical analysis to examine past market data to predict future market performance. The assumption is that history repeats itself in predictable patterns; by studying the past, you can predict the future by examining indicators.

The two main types of analysis – fundamental and technical – are both important. Some traders focus on one and not the other, and that is a mistake.  A well-rounded strategy incorporates economic factors as well as mathematical indicators, which complement each other.  If you understand both approaches, you can increase your chances of making a profit and making a sound buying decision for your trades.