The Bank of England is the central bank of the United Kingdom, serving as the main monetary institution in the country. The BoE is tasked with maintaining price stability and promoting the economic well-being of the United Kingdom through several subordinate units. It also has responsibility for setting monetary policy for the UK, including raising or lowering interest rates, purchasing assets and bonds, issuing currency, and conducting other instruments of policy. Formerly, the BoE was tasked with supervising banking institutions in the UK, but as of 1994, that responsibility is with the Financial Services Authority.

Created in 1694, the Bank of England has continuously served as the chief banking organization for the British government for over three centuries. Currently, the BoE’s governor is Mervyn King, who took over from Sir Edward George in 2003. The governor is tasked with representing the Bank, interacting with government officials, and overseeing the Monetary Policy Committee. The Bank is also governed by a Court of Directors, including the Deputy Governor of Financial Stability, Paul Tucker, and Deputy Governor of Monetary Policy, Charles Bean. 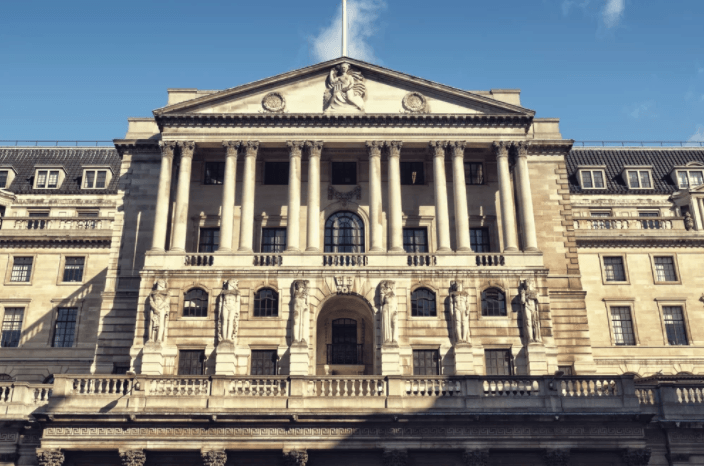 Structure of the Bank of England

The Bank of England has several subordinate units that fulfil essential functions. These departments include:

In addition, the BoE contains the highly influential Monetary Policy Committee, a nine-member body that oversees monetary policy for the United Kingdom. The MPC meets every month for two days and discusses initiatives to take regarding monetary policy, such as raising or lowering interest rates and creating asset purchase programs. The goal is to control the supply of money in circulation as a way to influence the health of the economy.

Another body within the BoE is the Asset Purchase Facility (APF), which engages in buying and selling assets as a means of stimulating the economy and promoting liquidity in the markets. The APF has been in use since January 2009.

Impact of the Bank of England on Forex Trading

The Bank of England has a tremendous impact on foreign currency exchange, and is one of the most watched institutions in the world. As one of the foremost central banks in the global financial community, and the institution that controls one of the main trading currencies (the pound sterling, or GBP), the BoE’s actions routinely impact the markets and drive trading one way or the other.

Forex traders typically follow the public announcements and speeches of Mervyn King, the governor. Traders also pay close attention to announcements from the Monetary Policy Committee. These monthly announcements often do not contain specifics, but generally a sentiment of where the MPC and Bank in general are heading in terms of policy decisions.

Asset purchase decisions from the MPC and APF also affect trading. New purchases generally lower the value of the pound relative to other currencies because of more currency being pumped into the market, but are thought to restore liquidity in the credit market and help boost the economy.