The G-20, officially known as the Group of Twenty Finance Ministers and Central Bank Governors (or G20), is a conglomeration of finance ministers and central bank governors from the international community that meets regularly in order to discuss global economics, finance, and monetary relations. There are 19 countries represented plus the European Union, represented by the European Council President and Governor of the European Central Bank.

Together, the members of the G-20 represent economies totaling 85% of the global gross national product and 80% of trade that occurs in the international community. The group’s efforts thus almost always deliver an impact to global markets, since a vast majority of global wealth is represented by the group at one point or the other. 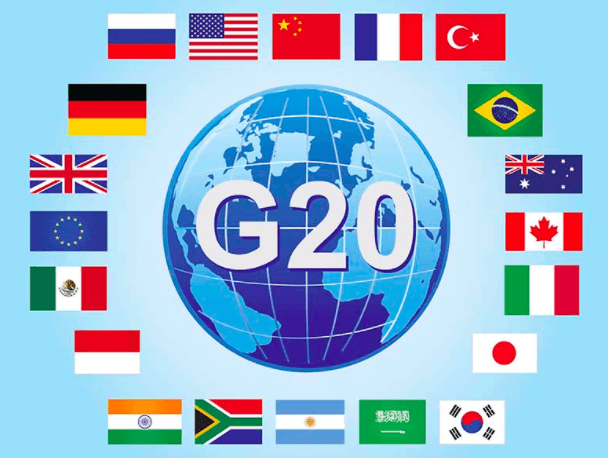 Purpose of the G20

The purpose of the G-20 is to promote consultation, cooperation, and dialogue on important and pressing issues involving the international financial system. In this sense, it is a direct successor to the older G8, which was a summit of the eight largest economies in the world that handled discussions on financial and monetary affairs.

The G-20 ostensibly was created to handle issues larger than regional affairs. The goal is to promote discussion and collective action on the key issues in the international financial system, including currency exchange, trade, and economic policy. The idea is that the largest economies in the world can come together to discuss important topics and make mutual decisions for a coordinated policy response to any challenge or difficulty.

With the financial crisis of 2008, the stature and profile of the G-20 has risen considerably. Actions promoted by G-20 – including quantitative easing, lower interest rates, and other measures to induce credit liquidity – have been said to have been behind the global recovery through the beginning of 2011 by the group’s supporters – although detractors believe otherwise (below).

As mentioned, the G-20 is comprised of the 20 largest economies in the world – 19 countries plus the European Union. Full membership as of 2011 is listed below:

Structure of the G20

The main structure behind the group involves the Troika. The Troika is comprised of three chairs, or heads of the group selected from a rotation of different regional groupings of member countries. Past, present, and future chairs form the Troika and helps to maintain continuity, management, and administration.

Each summit is held annually as of November, 2010; prior to that, from 2008, summits were held twice a year. A different member nation hosts the summit, with the latest summit being held in Seoul, South Korea in November, 2010.

The G-20 routinely impacts forex trading, and forex traders closely follow its announcements. Since the 20 members of the group are the most powerful economies in the world, encompassing members of every major currency in existence, it plays a huge role in forex markets. Plus, a significant amount of the Group’s work is concerned with foreign currency exchange, thus heightening its role.

One issue discussed heatedly as of late is currency manipulation. The group is currently divided on whether or not countries should be allowed to actively manipulate the market and boost or lower demand for their respective currencies using monetary policy. This will continue to be an issue that impacts forex trading for the near future.