The Ifo Business Climate Index refers to an index of business confidence and optimism that is used as a gauge of economic activity in Germany. It is compiled and presented by the Ifo Institute for Economic Research in Munich, Germany, a body dedicated to analyzing and studying economics, market forces, and other major issues in the global and domestic financial system. Forex traders use the Business Climate Index to gauge whether or not support will be there in the near future for strong economic prospects in Germany, which could weaken or strengthen the euro. 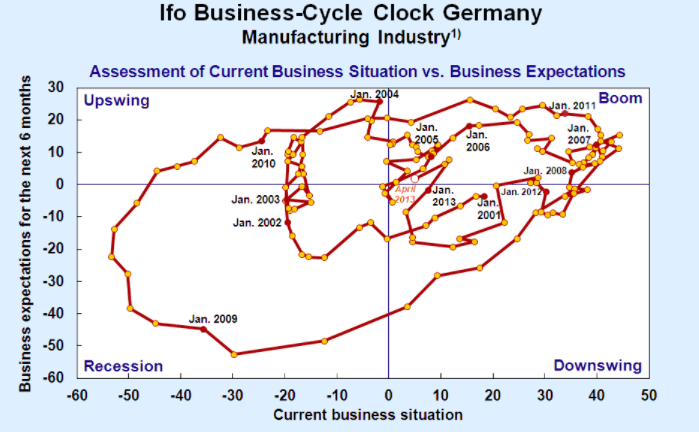 The Ifo Business Climate Index’s purpose is to serve as a timely and informative economic indicator of how businesses feel regarding the economy and prospects for growth. The theory is that businesses are some of the best to ask regarding where the economy is heading, since they have to strategically project several years in advance in order to best perform. Understanding this climate is thought to be valuable in projecting whether or not the German economy will prosper, since an evaluation of private sector prospects can provide valuable insight.

This is thought to be important by analysts because Germany is the largest economy in the European Union, accounting for a significant percentage of the EU’s GDP. Therefore, the euro – which is valued based on the EU economy – is indirectly impacted by the German economy. As far as forex trading is concerned, the Index is used to get a general feel for how the economy is going and where it is moving and how a stronger (or weaker) economy will hamper the euro’s prospects for growth.

The Business Climate Index is a survey sent to 7,000 participants representing companies in wholesaling, retailing, manufacturing, and construction. The questionnaire asks questions to gauge the participant’s views and opinions on the overall business climate in addition to the company’s current business situation and business outlook. The results are then released on a monthly basis in the form of a percentage change (plus or minus) from the previous month’s results.

Impact of the IFO Business Climate Index on Forex Trading

In theory, as explained above, the Ifo Business Climate Index is capable of predicting where the economy is headed, and indirectly where the EU economy is headed. The report is released far more often than GDP reports, and are therefore more timely. Plus, it is useful when establishing turning points in the economy. For example, if the Index reports decreases for three months in a row or more, a turning point is likely and trading can be based off of it.

As for individual reports, though, the market is rarely moved by a single Business Climate Index report. Most forex traders do not place too much stock into the Ifo Business Climate Index on a monthly basis and take it into consideration usually as a part of trend analysis, or in conjunction with other major reports. If, for example, most economic indicators and reports are positive for one month, and the Index is negative, traders will largely discount the latter.