What is ISM Manufacturing Report?

Purpose and Usage of the ISM

The ISM Manufacturing Report is an index built around a survey given out monthly to approximately 300 purchasing executives in the United States by the Institute for Supply Management. The survey involves questions concerning nine sub-indices involving new orders, production, supplier deliveries, inventories, new export orders, imports, backlog of orders, prices, and employment. Together, these sub-indices paint a picture of each company’s health and, collectively, the status of the manufacturing sector’s health in general.

These sub-indices are also used in other component reports, such as the Producer Price Index, manufacturing employment report, and other leading economic indicators. 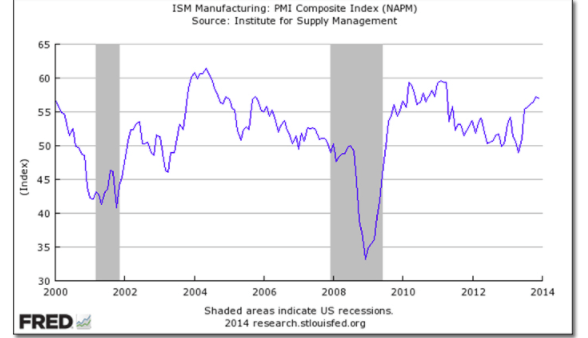 Impact of the ISM Manufacturing Report on Forex Trading

The ISM Manufacturing Report is one of the more important economic reports and indicators released on a monthly basis for foreign exchange traders. It almost always moves the market upon its release (on the first business day of each month at 10 a.m. EST), and is a very timely report. As such, most forex traders pay close attention to the ISM Manufacturing Report and its results, particularly if a trend is being established.

The report is important because of the reliance of the American economy on manufacturing. While the United States is a net importer of goods, and even though the domestic manufacturing sector has declined since its apex in the 20th century, manufacturing still helps to drive the economy. As such, the health of the economy as a whole can be gauged in part via the results in the ISM Manufacturing Report. Traders look to the report in conjunction with other reports for trends that may suggest if the economy will be weak or strong, or will expand or contract. This has a direct impact on the value of the U.S. dollar, which is why forex traders pay attention to the report.