King took over for Sir Edward George, the previous Governor, and entered office on July 1, 2003. Prior to that, he served as the Deputy Governor from 1998 to 2003, and was the Bank’s Chief Economist and Executive Director from 1991 to 1998. In 1998, he also became a member of the highly-influential Group of Thirty, a financial advisory body based in Washington, D.C. He holds several degrees in economics from King’s College, Cambridge, St. John’s, and Harvard. He was appointed for a second term in 2008; his second term will expire in 2013. 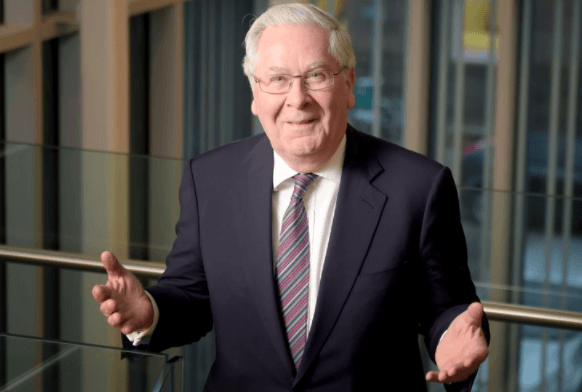 Main responsibilities of the Mervyn King

As Governor, Mervyn King oversees the primary operations of the Bank. Formerly, the Bank was tasked with overseeing the United Kingdom’s financial system as well as controlling its monetary policy. As of 1994, however, control of financial institutions rests with the Financial Services Authority, a separate unit. Therefore, King is primarily concerned with currency supply and circulation, interest rates, asset purchase programs, inflation and deflation, and other monetary issues. He serves as the main representative of the BoE abroad and participates regularly in international summits, including the G20.

King also sits on the influential Monetary Policy Committee, a nine-member board that controls monetary policy by setting the interest rate for the United Kingdom. The actions of the MPC always have an impact on forex markets, even if the status quo is announced because announcements usually have indications for future action. King routinely delivers commentary on the thoughts of the MPC as well as his own perspective on the market. These addresses are closely followed and usually move the market if something significant is to be discussed.

So far, King has experienced a varying degree of support and criticism from those in the community. Detractors criticize King for being too enthusiastic a supporter of various government programs, including austerity programs, stating that the head of an independent central bank should be objective and neutral when it comes to what the government chooses to do. Supporters point to the stability and success of the pound sterling versus other major currency partners, especially the U.S. dollar, and have commended his efforts to balance the pound versus the euro over his two terms.

King has also been condemned, along with former Federal Reserve Chairman Alan Greenspan, of failing to counter price bubbles in housing markets that led directly and indirectly to the 2008 financial crisis. Additionally, his support for austerity measures proposed by the British government has also drawn fire, as mentioned above.

Regardless of whether or not one supports King, his speeches, commentary, and opinions all weigh heavily on the forex market and move the pound sterling against other currency pairs when they occur. For this reason, King is a very influential member of the international financial community.