The Reserve Bank of Australia (RBA) is Australia’s central bank. It is responsible for issuing banknotes, serving the government of Australia, maintain the stability of the Australian dollar (Aussie), maintain full employment in the country, and control inflation through monetary policy. In terms of its relationship with the government and the economy, the RBA functions similarly to the Bank of England. 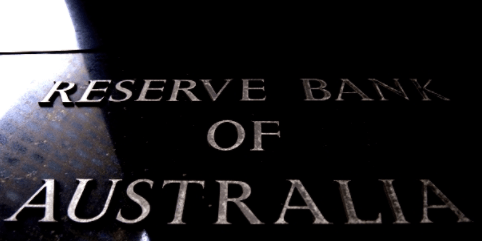 The RBA has three key responsibilities:

Currently the main focus of the bank is controlling inflation, with a policy of inflation targeting. This policy aims for an annual inflation rate of 2-3% and uses monetary policy to keep the inflation rate at a proper place. The Bank also has a degree of control over banking institutions in the country and helps manage Australia’s financial system through administration functions and oversight.

Structure of the Reserve Bank of Australia

The Reserve Bank of Australia is the senior financial and monetary institution in the country. Two central organizations form the bulk of the Bank: the Payments System Board and the Reserve Bank Board.

The Payments System Board manages the payments system policy of the central bank, which controls transfers of money within the government and acts as a clearinghouse for funds in the country. The Reserve Bank Board fulfills most of the functions that other global central banks do when it comes to monetary policy. It makes decisions to raise or lower interest rates, purchase assets, and engage in other policies to control the supply of money in circulation.

The Reserve Bank Board has nine members, including the Governor of the Reserve Bank, the Deputy Governor, and the Secretary to the Treasury. The other six members are appointed by the Treasurer for terms lasting for five years, and are not allowed to be employees of any institution that is authorized to take in deposits. The Reserve Bank board meets eleven times annually on the first Tuesday of each month, with minutes posted approximately two weeks after each meeting.

Impact of the Reserve Bank of Australia on Forex Trading

Since the Australian dollar is not considered to be a major currency on the level of the American dollar, euro, pound, or yen, the impact of the RBA is not as great as that of the Federal Reserve, Bank of England, Bank of Japan, or European Central Bank. Still, the RBA does impact forex trading involving the Aussie, and could have even more of a role if the Australian economy continues to lead the global economy.

The Australian economy (as of March, 2011) has led the recovery, so much that the Reserve Bank Board has raised the interest rate on several occasions. Should the economy continue to improve, the importance of the RBA on global forex trading will grow – since more traders are attracted to the Aussie for its high investment returns.