The Swiss National Bank (SNB) is Switzerland’s central bank that controls the country’s monetary policy and currency in circulation. The bank operates out of two different cities in Switzerland, Bern and Zurich. The SNB is responsible for administering the supply of Swiss francs in circulation as well as controlling and implementing monetary policy to promulgate economic growth through price stability and other measures. The bank is also tasked with the responsibility of storing and controlling the country’s official gold reserves, worth approximately 30.5 billion Swiss francs (CHF).

The Bank is a share-limited corporation, with approximately 55% of its shares owned by public entities, and the rest owned by private individuals and traded openly on the market.

Purpose of the Swiss National Bank 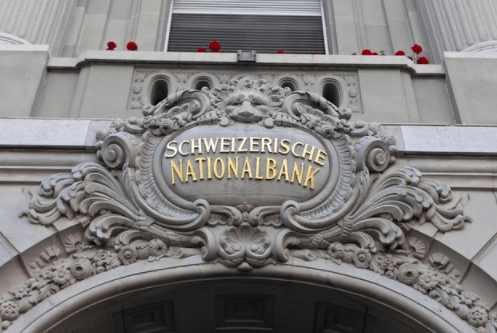 The Swiss National Bank has two main and distinct purposes. The first is to administer the country’s gold reserves. The second is to act according to the Constitution of Switzerland to conduct monetary policy as a means of ensuring economic growth and price stability.

Price stability is one of the main points of focus for the Bank. Inflation is the prime target, and the Bank aims for an inflationary target of less than 2% per year (as determined by a consumer price index). Another point of focus is credit liquidity, which has been a major issue worldwide since the 2008 financial crisis.

One of the most important purposes of the Bank for forex traders is its management of the country’s currency reserves. Currency reserves are used by the Bank to maintain the value of the Swiss franc and ensure monetary stability and can be utilized in open currency interventions if necessary.

Furthermore, business is conducted via the Bank Council, a 11-member institution that helps to administer the Bank’s policies. The Bank also has 16 agencies across Switzerland, operated by regional banks in cantons that help distribute money and control circulation. As mentioned above, the Bank is a joint-stock corporation. The Confederation of Switzerland itself does not own any shares,

Impact of the Swiss National Bank on Forex Trading

As with any central bank, the Swiss National Bank impacts the Swiss franc on a regular basis. Since one of the main goals of the bank is to control inflation, it will engage in monetary policy designed to either boost or reduce prices, supply, and demand as deemed appropriate – which always has an impact on the value of CHF.

Since 2008, the Bank has kept CHF fairly stable, which has made it an attractive option and ‘safe haven’ for investors fleeing from less-stable major currencies such as the dollar, yen, or euro. To this end, the Bank’s actions and opinions are more important to forex traders now than they were before the financial crisis of 2008, and often impact the market.