Trading Forex with the RSI

The relative strength index (RSI) is one of the most popular tools in technical forex trading.

Rules for the trade

The benefit of waiting for a candle to close below 70 or above 30 once the RSI has indicated that a forex pair is overbought or oversold is that we have confirmation of a change in direction before trading. 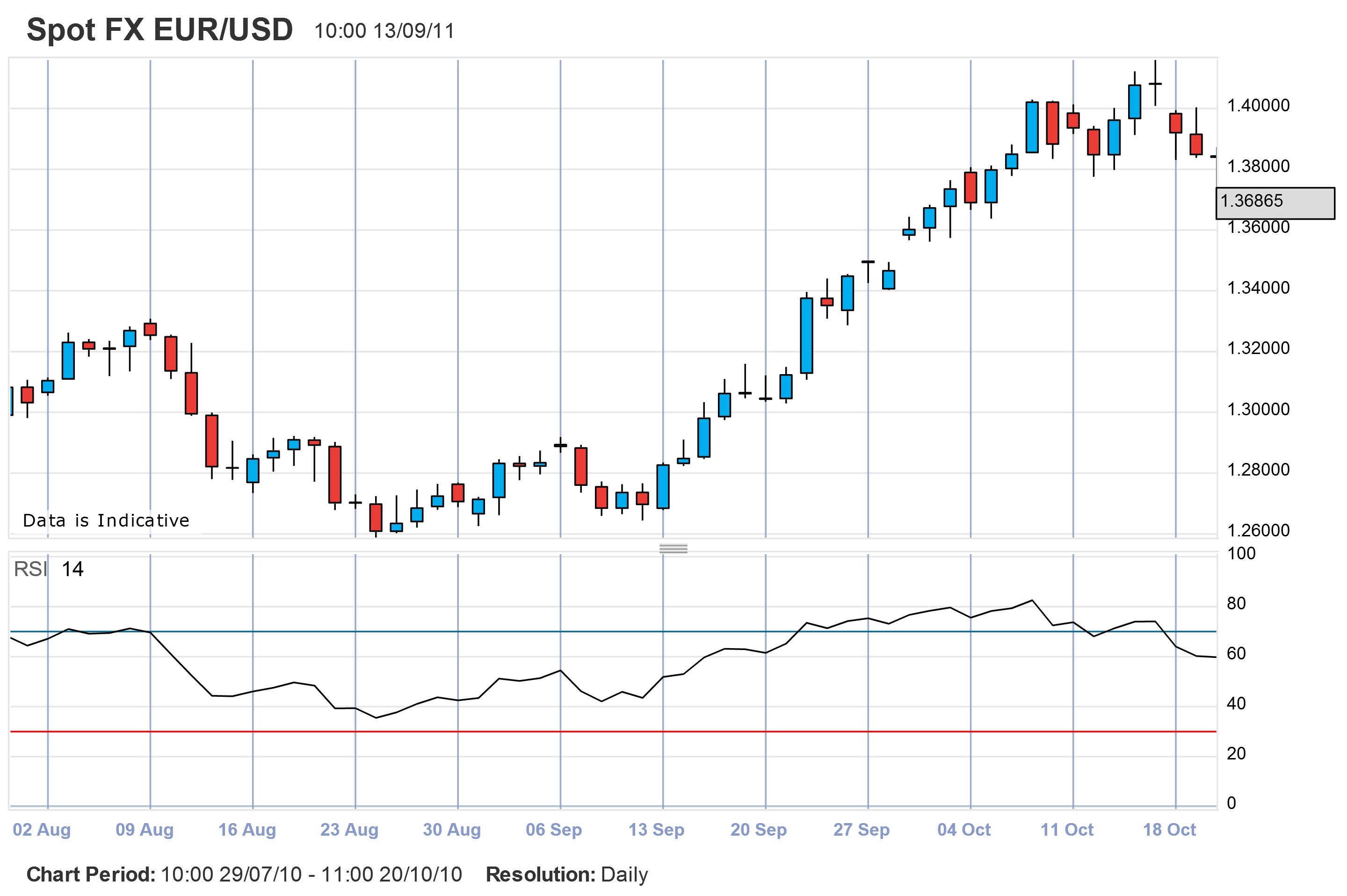 So you open a trade at 1.37226 (the open of the next candle) and set a trailing stop using the average true range (ATR) method.

The true range is the largest of:

As the largest of the three is 130 pips we will use that as the basis of our trailing stop. A day trader might use a 10% stop, or 13 pips in this case. However, as the RSI remained over 70 for two weeks it is likely that this trade will also last for a number of days or weeks, so we place a trailing stop at 100% of the range, 130 pips (ATR stops for longer-term trades range from 50% to 100%. You need to evaluate how much of your capital you are willing to risk when placing yours).

Using the RSI as a trading indicator has many benefits, one of them being its simplicity. However, as there is such a wide range between overbought and oversold levels, it can be hard to see how long a trend will last.

Using a trailing stop can be a good way of enjoying unlimited profits with limited risk. However, the farther the trailing stop from your opening position, the greater your risk. For shorter-term trades it is recommended that traders place their trailing stops quite close to their opening positions, though in long-term positions this can result in you being closed out of a trade before it makes a sizeable movement. In the previous example the EUR/USD rose 117.4 pips before it started heading down again, meaning a smaller trailing stop would have resulted in you losing potential profits.

Traders can make more consistent, lower-risk profits if they use the RSI in conjunction with other technical and fundamental tools.

This article was written by Jacqueline Pretty – IG Markets – CFD Trading. No representation or warranty is given as to the accuracy or completeness of the above information, consequently any person acting on it does so entirely at his or her own risk.  IG Markets accepts no responsibility for any use that may be made of these comments and for any consequences that result.