Home - Forex Education broken down into useful sections - What you should know about Stock Trading? - Amazon on the stock market

Amazon on the stock market

Amazon is currently the biggest player in the entire e-commerce industry, which in its own right is taking over the world. A company that started as the largest online bookstore has now branched out into every industry imaginable and now you can get pretty much anything on Amazon. The company has become so powerful that now there are ongoing discussions about whether or not Amazon is becoming too powerful, monopolizing the e-commerce while also branching out with its basically limitless resources into a variety of unrelated industries, taking smaller companies out one by one making countless acquisition and becoming more and more powerful every single day.

There is a lot of coverage on amazon on a daily basis, among its extravagant CEO Jezz Bezos, who is now talking about building cities in space and expanding the coverage of Amazon beyond earth. The company has always had great ambitions, but what’s more important it has always had the determined group o executives working harder than everyone else in the business to deliver the best possible services to their customer, following what the team calls Customer Obsession guidelines. The company has proven that Amazon is unstoppable when it comes to new venture innovations and improving customer service. Amazon is one of the four Big Tech companies that make up for the largest portion of the income in the industry and that are consistently leaders in terms of innovation, revenue, and profitability. Amazon reached a completely new high when it introduced Amazon’s price, a service that offered the customer a bigger choice of products along with faster and cheaper delivery. 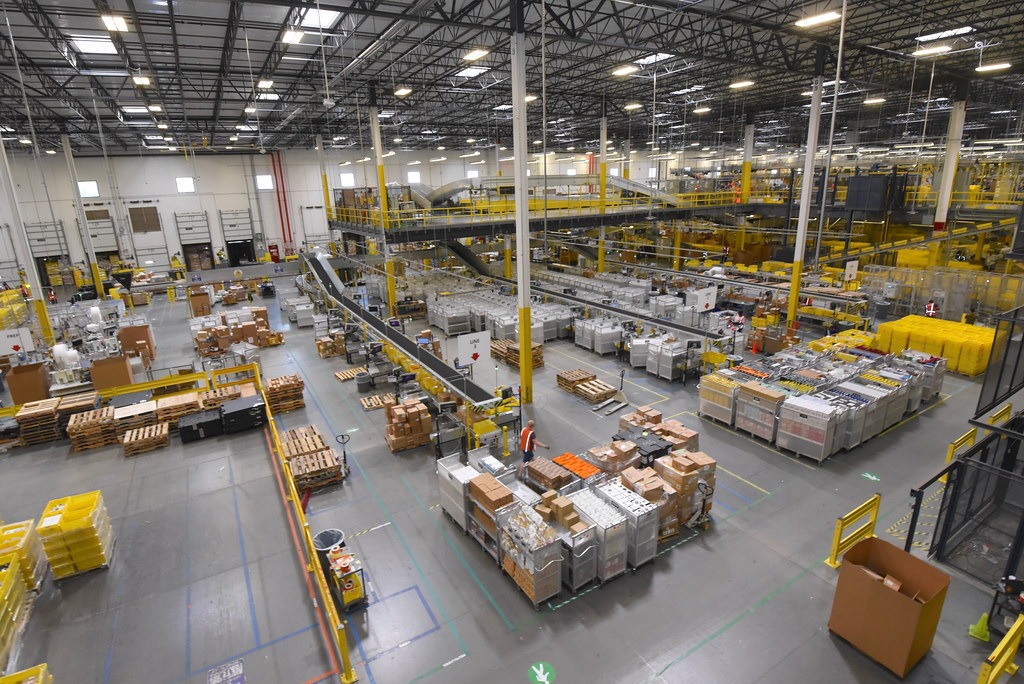 This move singlehandedly revolutionized e-commerce making Amaonz practically impossible to compete with. During Amazons years on the market, it has become a target of scrutiny multiple times for its policies, for its working environment, and for the benefits, like not paying any taxes or not holding responsibility for the faulty products that are sold on their website. Despite all the controversies, Amazon is still the largest online retailer, offering its customers basically limitless choice of any product imaginable and for the cheapest price. Since 2017, Amazon stocks have jumped %175 percent in their price and it is now more profitable than ever. Considering the financial success of the company, it is not surprising that so many people are wondering whether or not buying Amazon stocks is worth a hefty price. For those unfamiliar with the stock trading practices there are broker willing to do all the tough work for you:

The truth is that even though the company is now arguably the most successful enterprise out there, the company hasn’t been around as long as some of the companies in the Big Tech 4, so there is less trust in its sustainability than to say in Apple’s long term success. We’ve combined all the necessary information about trading with Amazon stocks, starting from the history of the company stocks and whether or not it is a good investment to buy Amazon stocks for an average trader or a beginner. So let’s go over the journey of Amazon, from the initial public offering to the most recent spike in share prices. 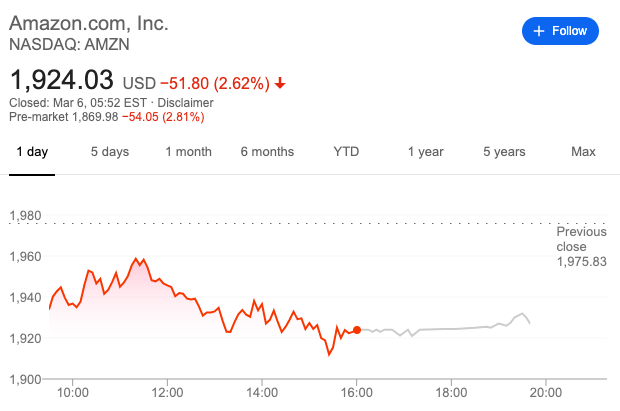 As a multinational tech company, Amazon first started in Seattle as an online book delivery company, but now focuses on e-commerce, cloud computing, digital streaming, and artificial intelligence. It is one of the Big Four tech companies along with Google, Apple, and Facebook. When it first started to gain some traction it was often referred to as cultural force that would forever change the world of e-commerce. Since then that statement turned out to be quite true as Amazon has grown extensionally in size and now has offices all across the world, delivering the products in 1-2 days to the majority of the destinations where they have offices. As the world’s largest online marketplace, AI assistant provider and cloud computing platforms it’s not surprising that its shares are priced at $1.975 with the majority of industry professionals predicting even more growth in the upcoming year.

The company shares are traded at NASDAQ. Over the last three years the Amazon shares saw the rise of over 165% from $825 to what it is sold today.  It has even hit the $2000 mark this February, the change that was mostly driven by the significant jump in revenues along with net income margin. The company has seen a $144-billion increase in revenue over the last four years, with net revenue growing from $136 billion to $280 billion. The growth rate is quite frankly unmatched and has left many e-commerce companies confused and frustrated with the seemingly unstoppable company. Amazon has been trying to branch out for some time now, and even those most of these efforts are quite new and definitely less talked about that then company primary source of income which is e-commerce, Amazon has been quite successful at most of these new endeavors. Most of the revenue for Amazon comes from North America. 25% is international and Web services account for around 14%. 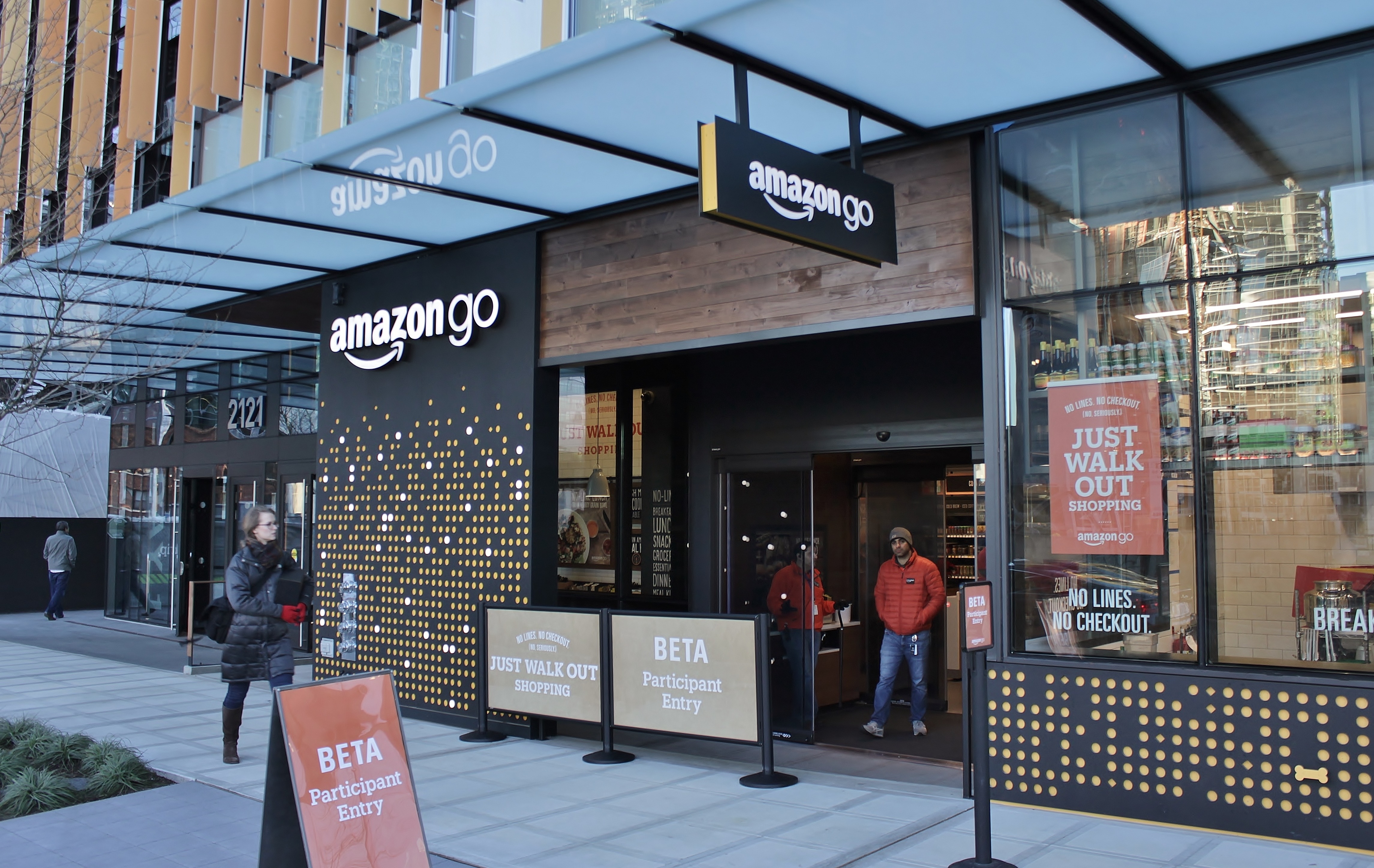 Amazon web services are quite new to the company but already has a list of impressive clients trusting the e-commerce giant with their cloud services. Amazon started to offer big clients the service of providing them with cloud services which have proved to be a very successful new project. Jeff Bezos has always had a good eye for predicting the most needed services of the future and considering that we live in the age were cloud systems and online storage is so in demand the company’s CEO managed to think ahead of time on this one as well.

The fact that Amazon has become the biggest authority in e-commerce and is also now involved in the entertainment industry shows that the company does follow its original motto of putting the customer first. Amazon started trading in publically in 1997, the opening price is $1.73 per share. It grew quite a bit towards the beginning of the new Millenium reaching the $65 mark before slipping again up until 2008 when the share prices started to go up again which is a trend that the e-commerce giant has followed for the years to come. The growth reached new heights toward the end of 2017 when the stock prices were rising from $750 to $1300 towards the end of the year. This trend continued well into 2018 and 2019. Currently, the highest share price Amazon has ever traded for is $2027 per share, The milestone reached at the beginning of February this year. While the overall consensus is that Amazon is definitely a worthy investment, there was one major slip that happened in 2018 going on 2019, when the stock prices fell from $2020 to $1400 within a month, the biggest lisp in amazon stock history. Since then the company did start to go back to it’s more favorable position on the market with little slips here and there. 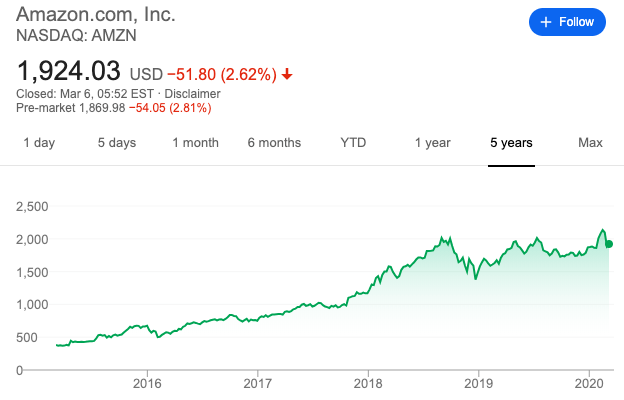 The fact that Amazon is always trying to get into new industries and try their luck there is a good indication for those considering investing in Amazon, the company is determined on not only staying afloat but being the first to recognize the new trend or the possibility of growth in any industry and considering the resources that the e-commerce giant has these days there are very few limitations when I comes to what Amazon can not do.

The bigger challenge for the company remains its reputation, which is something that investors sometimes don’t pay too much attention to but we might be ob a brink of a major attitude change from the customers and investors. The growing suspicions around the unethical working practice by amazon and its monopoly and power ver the smaller companies have tarnished the reputation of once-beloved online market. Amazon is facing much more backlash than ever before because of its wages, working conditions and the alleged attempts at monopolizing entire industries. Whether or not this will affect the stock market in the far future is not yet clear, but it seems like Amazon will manage t bounce back from just about any challenge.

Considering the rapid rise in the share prices of Amazon over the last to year now Amazon is definitely a worthy investment for anyone wanting to become a part of a profitable trading deal/. As amazon branches out into more diverse industries and creates even more stream of revenue for itself, its power, and control over these industries will grow to cement is as a global leader in commerce and possibly in cloud services as well. Amazon has the capacity to become the single largest company in the world, considering it was the first e-commerce company to ever surpass the $1 trillion mark.

The success and the possibilities of the company are hard to argue against and it is definitely a worthy investment, considering that Amazon has plans to continue its pursuit of diversification and increased income. Amazon is revolutionary in many ways and this is precisely what makes Amazon such a good stock investment There is one thing to consider though, which is that unlike Microsoft which has been growing slowly but steadily over the years, Amazon has been following a different track. It definitely had more slip-ups than other major companies but it has also become way more profitable than them. If you are considering investing in Amazon it is best to have a long term strategy attached to the investment because there are still high chances of slips here and there but in the end, company shares are still growing in price.