Home - Forex Education broken down into useful sections - What you should know about Stock Trading? - Everything you need to know about Tesla stocks

Everything you need to know about Tesla stocks

Tesla is one of the most popular companies right now that has almost become a synonym for innovation. The company is focused on creating clean energy-based vehicles that are breaking stereotypes about electric cars. Tesla has a yearly revenue of  $24.57 billion and its stocks have been consistently rising over the last years. The company was established in 2003,  by Martin Eberhard and Marc Tarpenning but 98% of the funding was provided by Elon Musk, who is still the CEO of the company. Tesla produces electric vehicles, battery energy storage and works toward creating and promoting its solar panels and solar roof tile manufacturing. As of right now, the company sells Model S, Model 3, Model X, Model Y cars, along with Powerwall, Powerpack, and Megapack batteries, solar panels, solar roof tiles, and related products. 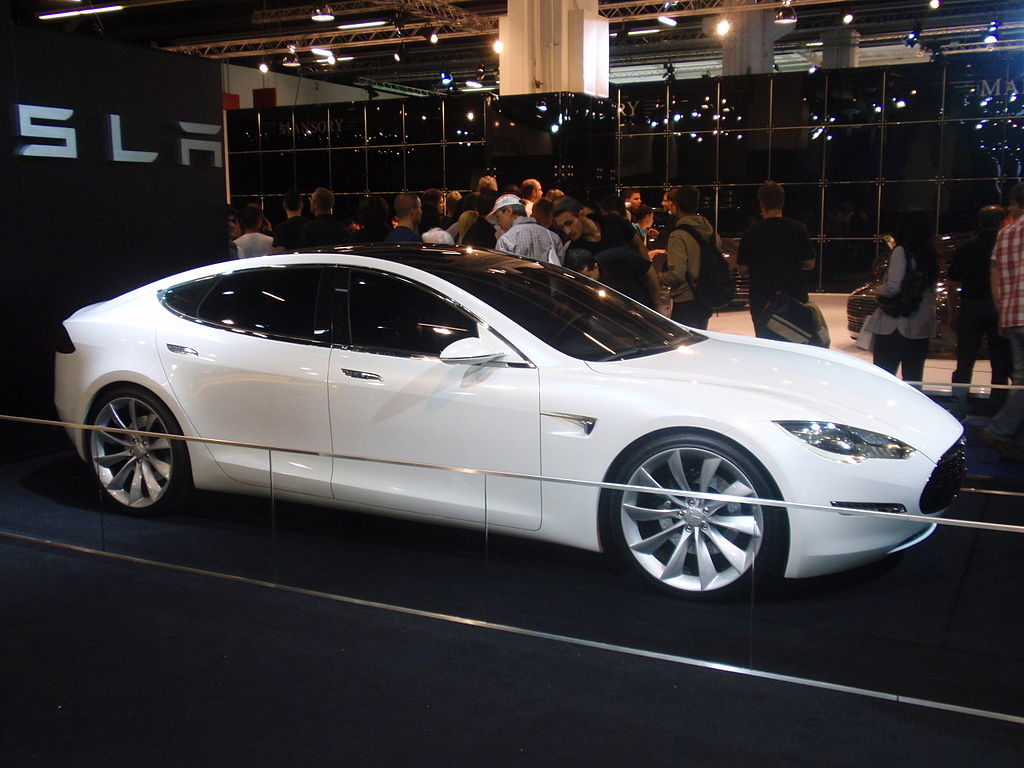 Tesla is extremely popular within the younger generations, who want to make more sustainable decisions when it comes to big purchases like cars for example. Tesla has been ranked as the world’s best-selling plug-in as well as the best-selling battery electric passenger car manufacturer. Tesla has never had a profitable year despite just how many people are using their products and how much hype there is around the brand its stock and the people behind it. The story is quite similar to how Jeff Bezos, the Founder of Amazon conducted his business fro years, without really making a profit. This is an approach of someone who has long term plans that exceed the current reality. Similar to Bezos’ vision, Musk is also thinking years ahead and wants to explore the possibilities of outer space, futuristic technology and much more.

Tesla’s vision is one of many things that clients and buyers love about this company and what sets it apart, besides its innovative and exciting products. For those looking to invest in something that is full of potential, not overly mainstream but still profitable Tesla is actually a perfect match. 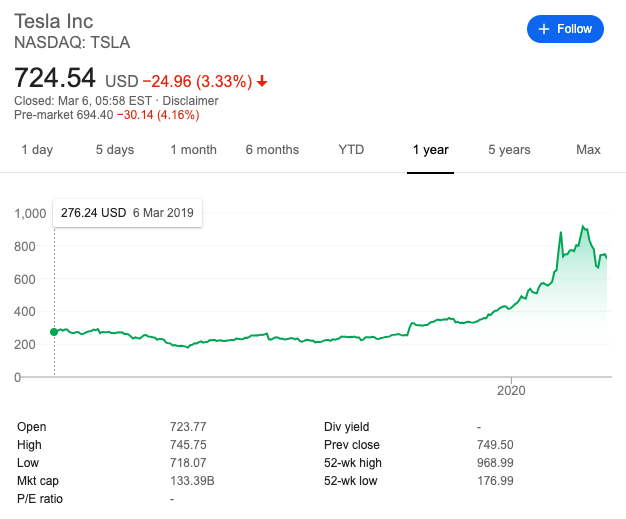 Tesla filed Form S-1 back in 2010, as an indication that it would be filing an initial public offering (IPO) that would be underwritten by Goldman Sachs, Morgan Stanley, J.P Morgan, and Deutsche Bank Securities. Soon after, Toyota purchased $50 million in Tesla common stock issued in a private placement that would be closed immediately after the IPO. But its big entrance to the stock market happened in 2013, When it launched its IPO on NASDAQ, offering 13,300,00 shares of common stock priced at $17 per share. The IPO raised $226 million for the company, which was a huge deal not only for the company but for the entire car industry because before, the last car manufacturer that went public was Ford, back in 1956. While the first success was definitely encouraging for the company in the coming years it would see a lot of setbacks. Like in 2013, when Tesla’s stock fell more than 20 percent after the launch of its latest Model S, which faced a lot of criticism because it was not properly fit for consumption just yet, as the batteries would flame up within minutes of starting the car and driving at a high speed. After that, it took a while for the company to share prices to get back to its higher range and the company had to work really hard to regain the trust of the customers and their investors. After the Model S fiasco, Tesla had another similar situation with Model 3 rollout, which happened in 2016. Since Tesla is so popular, there are many brokers that you could trade through and we’ve provided a list down below.

Is Tesla a dependable stock investment?

There were a number of factors that contributed to this flop, among with the low interest from the customers, customer deposit for the Model S and Model X fell by $50 million. Along with that investors were starting to get doubts about Tesla’s future plans as the shares declined by more than $12 billion from the previous value of $63 billion. Another important factor was actually Volvo Cars, which was planning to introduce only electric and electric-assisted vehicles by 2019, meaning that Tesla previously named as an authority in the industry would have more competition.  but after that, starting from 2017 through 2018 and 2019, Tesla has been having a successful streak on the stock market, attracting more and more investors and hype around the company. It was in 2018 when Tesla had already delivered  28,578 Model 3 vehicles, which exceeded the production numbers of Model S and X combined, and the amount was almost three times the amount of cars produced in Q1. 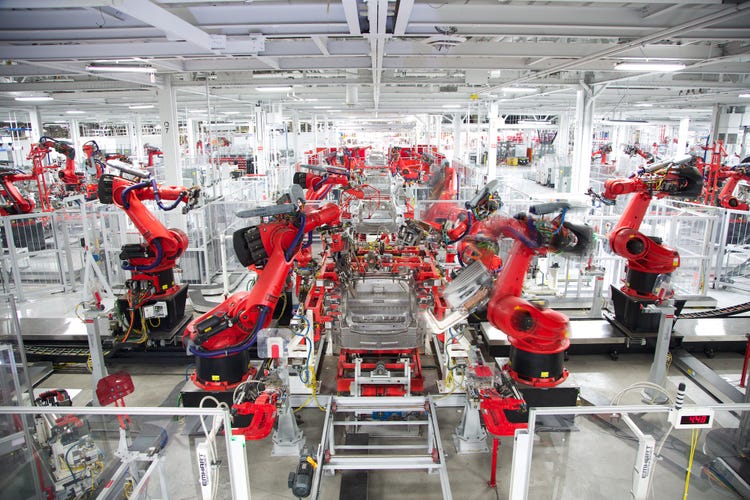 As the company continued to grow and developed there was a moment when the CEO of Tesla, Elon Musk was talking about taking the company private. But since then, changes in this direction have not been made, even though Musk was talking about the fact that had the company gone private, there would be more freedom to take Tesla to the direction that he wants to take without having so many investors on board. For now, Tesla is staying public and is taking necessary steps to grow its production which has been growing consequently for the last 2 years and to deliver the products that users will be excited to use.

When it comes to buying shares in Tesla, right now is the perfect time to do it. Tesla has been on the rise for the last year and a half and this all culminated when the shares reached the price of over $700, a new and impressive high for the company. When Tesla passed the $500 range, the investors started to pay more attention because for all of the years on tsla stock nasdaq the company has stayed around $300, and towards the end of 2019, it started to skyrocket and hasn’t stopped yet.

On February 21, Tesla reached its peak pricing at $901, but now it’s down to $700 again. It looks like the investors are feeling hopeful too as the JMP boosted its Tesla price target to $1060, the highest on Wall Street. The industry experts are advising the buyers to not take Tesla for granted, because around 2021 the outlook is that it will be much more valued on the stock market. Right now the  Tesla stock predictions are looking promising and we now have statistical data to prove that the company is doing better than ever.  Its current market value is around $90 billion and this number is currently higher than the combined market value of Ford and General Motors.

Tesla stocks have an outperforming rating right now, and it seems like the impact of coronavirus didn’t affect the shares of the company. Tesla is in a great place right now and is experiencing its best streak on the stock market ever. According to the company and the investors, the future looks good for the company, more importantly, the analysts are positive that Tesla will remain dominant among the current electric vehicle public offerings. This is a record fourth-quarter results for Tesla, but there is still room for growth since it will take some effort to make the shares reach the newly appointed price target of $1060.

If you’ve ever wondered about whether or not you should buy shares in Tesla, this is a perfect time to do it, because the company is doing better than ever and the forecasts are assuring the investors that the position of the company on the market will only get better. Tesla is one of the most talked-about companies in the world and it has been like that for ages. But it the first time maybe ever that Tesla is actually living up to all the hype that surrounds it and has real potential for actually making a profit this time, even though that is not the goal of the company nor that should concern investors.