How to Trade Forex During Interest Rate Changes

As this is usually expected, surprise interest-rate announcements can have a significant impact on foreign exchange rates.

Interest rates are determined by central banks and the decision to change an interest rate is based on a number of economic indicators, including:

By keeping up-to-date with these indicators, a trader may be able to predict whether an interest rate will change, and which direction the change will take. Typically, if the indicators improve, the economy is performing well and rates will either stay the same (in the case of a small improvement) or rise to ward off inflation (in the case of a large improvement). In contrast, if these indicators fall, so too will the interest rate as central banks try to encourage borrowing to get the economy moving again.

Outside of these indicators, traders can also analyze interest rate forecasts and watch major announcements to predict interest rate decisions.

No matter how many indicators you’ve been following, forecasts you’ve read and announcements you’ve watched, sometimes central banks can surprise the markets with an unexpected interest rate hike or cut.

To trade a surprise rate announcement, forex traders must first enter positions quickly, as the markets will make their greatest movements immediately after the announcement, and manage their risk with a trailing stop. A stop-loss is when you set a level at which your trade will automatically close should the market move against you. In the case of a trailing stop*, the stop follows the market, always remaining a certain distance from the current price (such as 30 pips); then staying at its highest level if the market turns.

If we take the USD/CHF pair as an example, on August 3 the Swiss National Bank released a surprise interest rate cut. At 0.25%, one might not think that the rate could drop anymore, especially for an economy performing as well as Switzerland’s. However, to prevent the currency from becoming further overvalued (as it had been climbing consistently as a safe haven), the SNB lowered rates to as close to 0% as possible. 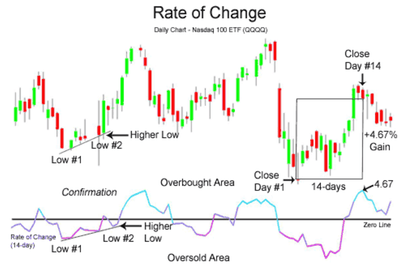 As you can see on the 30min chart, all of the gains were made by 17:30, at which point the currency pair started heading down again. Although the pair did hit new resistance at 0.7840 on August 4, this strategy is designed for traders seeking to make short-term gains, and a trader staying in the trade slightly longer-term would be opening himself up to more risk.

Research and analysis can help a trader shield himself from surprise interest rate moves, as well as enabling him to react to them in a profitable way when they do occur.

*Stops will vary depending on your forex provider.

**All profits in these examples exclude trading charges included in the dealing spread. The size of the dealing spread will vary depending on your forex provider, and traders should take this into consideration as a part of their trading strategy.