2017: A review of the gambling market 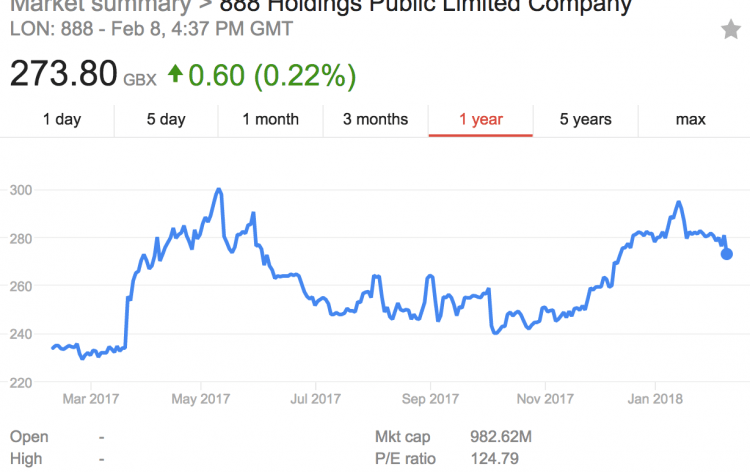 Market uncertainty and unpredictability has been a key theme over that last few years, and it seems like the gloves are off on both national and international stages. This weeks’ Dow Jones plummet and the after-effects seen in Europe just go to show how volatile the world’s economy currently is, with a 50/50 split between optimists and pessimists. Investors are being backed into a corner, and it’s becoming increasingly difficult to find a safe haven, especially when several of our world leaders are happy slinging mud and fighting internal battles at the cost of creating a see-saw effect in the markets with little financial consistency.

It may be surprising that one of the most successful stocks over the last decade or so have been found in the gambling industry. Shares in more traditionally ‘safe’ companies are a more of a gamble currently, and it looks like the public is becoming more au fait with wagering, casino gaming and sports betting, with investors backing them up. It’s not like gambling is a new phenomenon and casinos have been classic cash cows for hundreds of years, but gambling 2.0, built around internet gaming, is changing the scope and scale of gambling to the point of being one of the world’s biggest potentials for investment.

To use the UK as an example, we’ve been a gambling nation for a long time. From horse racing in the late 1800s to the rise of bingo after World War 2, the average Briton likes a flutter, and we’re breaking down barriers that used to associate gambling with the seedier side of life. Instead of bookmakers’ shops filled with cigarette smoke, we now have gigantic, semi-tech companies who plough millions of pounds into creating websites that are slowly replacing the trip to the high street to place a bet. We’re now doing well over a third of our gambling online, a sizeable chunk of an industry worth over £13.8 billion to the UK economy in 2017 alone. The industry is experiencing year-on-year growth too, expanding by 1.2% year on year, with further predicted growth well into the 2020s. This is of course allowing online gaming companies to post solid profits, which in turn is making them a lot more attractive to investors.

The reasons behind this protracted growth and rising success of online gaming companies is down to several factors. As well as gambling becoming more acceptable, mainstream advertising is also making more people aware of the type of gambling on offer. In football’s 2017/18 Premier League season, 10 of the 20 clubs now have major online gambling companies as their sponsors, and the pitch-side hoardings of many Football League clubs are covered in both domestic and overseas gambling companies. This increased visibility and more relaxed approach to gambling on sport is one of the key success factors for consistent growth in the gambling industry.

There were several major sporting events in 2017 that saw records being broken for wagers on particular outcomes. One of boxing’s biggest ever fights, between Floyd Mayweather Junior and Conor McGregor, saw multiple single bets over $1 million dollars and huge jumps in activity for online providers globally. The 2017 Superbowl has the same effect, showing more people that aren’t even US-based are willing to lay down money on sports to increase their enjoyment.

Then there’s the popularity of online casino gaming. Games like blackjack, roulette and poker still have a certain draw to them, and the fact that all can be accessed 24 hours a day, 7 days a week from a mobile phone or tablet is allowing gaming companies to target people that would only ever play these games on a weekend in a casino. Now, the casino is brought to the consumer, meaning gambling transactions are much more regular and less reliant on people having to actually leave the house to place a bet. It’s estimated that 1 in 10 adults in the UK will regularly gamble online next year, figures that will only continue to provide further success stories.

One of the biggest success stories of 2017 was seen at online poker giants 888. Their dedicated poker site, 888 Poker, is just part of a family of gaming brands under the 888 umbrella, a company founded by Israeli brothers Avi and Aaron Shaked in the late 1990s. April 2017 saw 888 Holdings shares at an all time high, climbing to 279.50 pence per share. The poker brand alone contributed $84.4 million in revenue, with the number of first-time poker depositors climbing by 6%. This increased interest in poker isn’t just limited to 888 either, with similar figures posted by competitors throughout the market.

The next few years

So what’s the outlook for investors in 2018? Based on traditional stock market rules online gaming seems to be a counter-intuitive investment. Traditionally, online gambling would be grouped with services usually bought by those with disposable incomes and destined to be more successful in buoyant markets, but even in times of economic uncertainty or recession, online gambling has continued to perform. The other side of the coin is that traditional gambling outlets like arcades, land-based casinos and traditional bookmakers are taking a beating, with market share creeping towards online organisations.  There was a 3.9% drop in the number of betting shops, a 1.4% decrease in the number of bingo premises and a massive 5.1% decrease in the number of licensed arcades. Even before expected growth, online is slowly taking money away from these traditional gambling outlets, although many traditional bookmakers and bingo providers have moved online rather than investing in real-world infrastructure.

Based on the forecasted growth and the success stories seen in 2017, investing in online gambling providers makes sense. The growth is steady and not volatile, and some of the UK’s biggest providers with shares available are FTSE listed and highly rated. The risks to these businesses are low despite very strict regulation from the UK government, and the only major threat, which was actually seen in 2017, are government fines for a lack of control over problem gambling and advertising regulations. Despite these setbacks and financial penalties, plenty of the industry’s biggest names still posted record profits, and the majority are fully compliant when it comes to abiding by the law.

Are gaming companies a worthwhile investment?

Our verdict is yes, buying share in online gambling companies is a solid move. Our best advice is to go for a larger, recognised brand as the market is currently flooded with plenty of overseas gambling companies and start-ups that don’t have the capital, technology, or customer bases that the big boys have access to. Large companies have plenty of ongoing brand development and they are at the cutting edge when it comes to gaming research and future technologies, something that smaller but more ‘attractive’ brands in terms of potential returns just don’t have. It may seem counter-intuitive, but gambling on a company that is all about gambling is actually not as risky as it sounds!