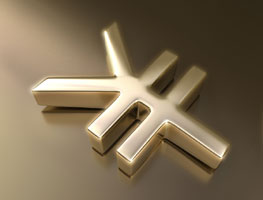 NEW YORK (Forex News Now) – Today, the Bank of Japan surprised the markets with a bit of online forex news by announcing it is effectively lowering its interest rates to zero, in a bid to combat a strong yen that is harming the Japanese economy.

“The Bank of Japan is bringing its monetary policy closer to quantitative easing, allowing market rates to hover near zero and pledging to keep a near-zero interest rate policy in the longer term until prices stabilize,” stated Naomi Hasegawa, the senior fixed-income strategist at Mitsubishi UFJ Morgan Stanley Securities.

In addition to lowering the effective interest rate, the Bank of Japan is also creating a fund worth approximately 5 trillion yen ($60 billion) that will be used to purchase a variety of market assets. These assets will include anything from government bonds and securities to commercial paper and corporate bonds, and will also eventually encompass 30 trillion yen worth of securities as collateral in a loan program.

The Bank of Japan has been concerned with the strengthening of the yen versus the dollar, and has feared that the rising yen will send Japan deeper into a deflationary spiral that it has already struggled against for most of the past decade. By lowering the effective rate to zero, and purchasing market assets in bulk, Japan is attempting to reduce demand for the yen in favor of other currencies with higher yields.

This online forex news came as a surprise to investors who were mostly expecting a policy statement reflecting the status quo with indicators of another intervention at a later date. In response to the policy change announced today, the dollar rose against the yen in Asian markets and will likely do the same in North American trading today.

Investors now are left wondering if another active intervention will be attempted – one akin to the direct purchase of yen in the market by the Japanese government. While details regarding the government’s plans for another direct currency intervention are unclear, the Bank of Japan has limited policy options available that can affect the value of the yen.

Flagging export growth, unexpected decreases in factory output, and a decreasing business sentiment regarding the strength of the yen have all contributed to a growing demand for corrective action from Japan’s central bank. It remains to be seen if today’s online forex news is enough to forestall the growth of the yen for any substantial amount of time.