Commodities: Price of Gold & Consequences of a Recession 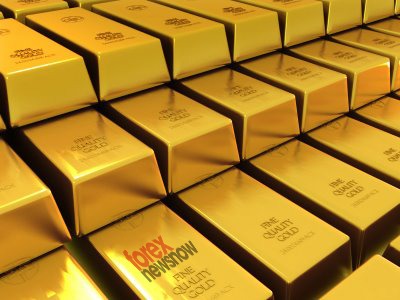 NEW YORK (ForexNewsNow) – Gold is not only a commodity; it is also a safe haven. That’s why it benefited from the political and economic turmoil over the last few months.

The increase in the value of an ounce accelerated with the depression of the financial markets in August, raising fears of a bubble. Swinging around $1500 in early July, gold went through the $1900 ceiling last week before retracting to around $1750.

Some analysts believe that the rise was too fast, which would mean that the current correction is healthy. However, the fundamentals of gold are strong; its growth should continue in the coming years, supported by its scarcity and the high demand of investors, individuals and central banks.

While interest rates should remain permanently at very low levels, only a reduction of US and European debts could affect the attractiveness of gold. But in the last few months, politicians on both sides of the Atlantic have been unable to restore confidence in the markets.

China is expected to replenish stock

In terms of industrial raw materials, an economic recession would result in a decline in their value. With regards to oil for example, Brent crude already relaxed. However, the price still remains high, around $110 a barrel. This can be explained by the fact that oil prices currently include a geopolitical risk premium: hurricane season in the Gulf of Mexico, risks in Nigeria (especially following the attack on the UN building in Abuja on Thursday), etc…

The prices of some base metals (aluminum, nickel, zinc) have also suffered from fears of a recession. The phenomenon is not widespread, as copper and iron prove.

Imports from China since early 2011 appear modest compared with the figures of its GDP growth, suggesting that the Chinese have used their own stocks recently. A decline in the prices of these raw materials would allow China to buy heavily, supporting global demand, while demand from Europe and the United States seems fragile.

More: How to Invest in Gold with Binary Options.