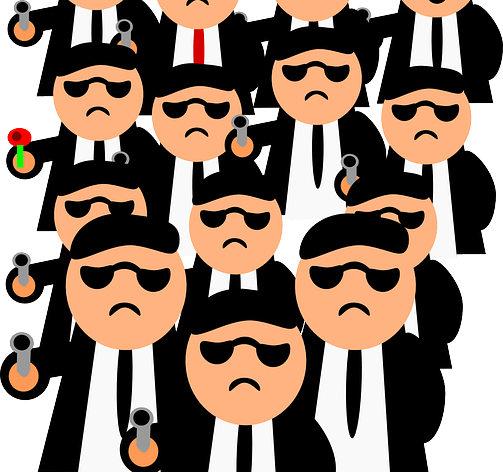 Italy has been known not only as one of the largest European economies but also as one of the largest economies that are kept in the shade. The main reason behind this is that the criminal world actually gets its roots from Italy. No wonder why “mafia” is actually a global work that originated in Italy. Well, we are living in the times where the technology disrupts every possible field, and it does seem like the mafia in Italy has started to using bitcoins, at least it was stated so by the Democratic party members in Italy.

As reported by http://norskecasino.casino/, Lucrezia Ricchiuti, has recently announced that the mafia in Italy is using bitcoins to facilitate the development of its illegal gambling activities. Even though we are mostly familiar with the cryptocurrencies from the fintech and trading perspectives, many people believe that the bitcoin is just a perfect currency for gambling. You might be surprised, but in 2016 most of the bitcoin transactions were actually accounted by the bitcoin gambling activities instead of the ones that come with the speculative or transactional purposes.

It goes without saying that the bitcoin provides a great degree of anonymity. This makes it great for the players in the first place. A player does not have to get access to large amounts of cash, neither he is required to use his bank accounts or credit cards for a deposit. Once a person converts his funds into bitcoins, it is pretty much impossible to trace the flow of the money and assign the transaction with a real ID of a person.

From the perspective of the gambling houses powered by the mafia, bitcoins also make a perfect sense. With bitcoins, a mafia gains access to highly liquid assets – bitcoins, and the funds are fully digital, meaning that there is no risk in storing and transporting the funds.

Bitcoin gambling sites started getting tractions a few years ago, and the leading gambling regulators begin taking a closer look at such services during the last year. Most notably, the UK Gambling Commission has announced that it feels that any cryptocurrency is actually an equivalent to real money, and this is why it has allowed any regulated casino to accept bitcoin withdrawals and deposit, as well as to keep the account balances in various cryptocurrencies.

Once a similar law is adopted in Italy, it would actually place all of the illegal bitcoin casinos in a black area. This could certainly make the lives of the mobsters much harder.