Home - Forex Analysis - Currency - Canada and US agreed on a deal to replace NAFTA
Currency
by ForexNewsNow Team on October 2nd, 2018

Canada and US agreed on a deal to replace NAFTA 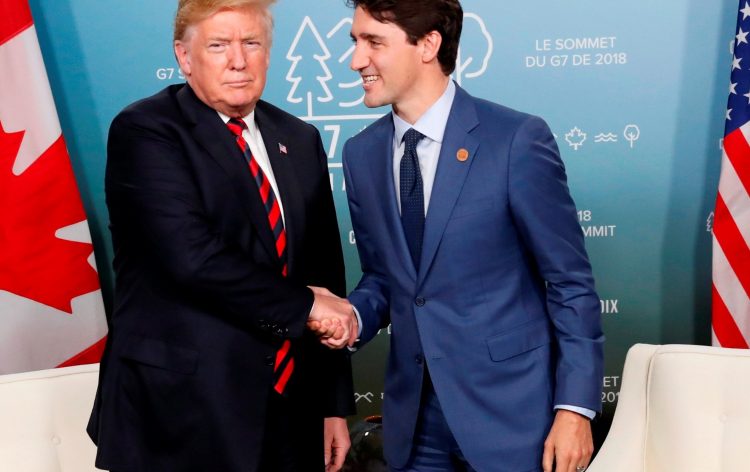 Days earlier Trump says the United State of America may strike out a trade deal with Mexico alone and then do a separate one with Canada later and this led to the announcement  made by Trump saying the US is signing a new trade agreement with Mexico to replace North American Free Trading Agreement and calls on Canada to join the deal soon or risk being left out.

Before the replacement of NAFTA

The Trump administration trade negotiators were trying to make it possible to close the deal with the Canadians before the Sunday midnight agreement creating no chances for the new NAFTA to appear before the current Republican Congress because of the closing of the trade deals, as President Trump found out early in his term, is not a free-form exercise. It is governed by a law passed in the summer of 2015 called Trade Promotion Authority (TPA). U.S. Trade Representative Robert Lighthizer mentioned that he was prepared to move ahead with just Mexico, but some in Congress, which has to give approvement of the deal were against leaving Canada behind.

Agreement made on the replacement

A few days later, Canada and US resumed North American Free Trading Agreement discussion which was agreed on a deal to replace North American Free Trade Agreement which is to be regarded the USMCA — the United States-Mexico-Canada Agreement — the official said, and the text would be made available to the parties involved within hours of the agreement that will involve offering more dairy access to U.S. farmers, as well as Canada agreeing to a side-letter arrangement effectively closing automobile exports to the United States. The plan is for the leaders of the three North American countries to sign before the end of November, after which it would be submitted to Congress. The American official said the deal will “re-balance our trade relationship with Mexico and Canada” which could have an effect on these currencies in the Market highlighting new rules on the origin of autos, and market access to Canada’s dairy sector

The deal will also modernize what was covered by NAFTA, adding provisions on digital trade and intellectual property, but it will not have any substantial effects on the US Forex brokers or other trading companies. The administration official said – a U.S. official emphasize on the enforcement of the agreement, naming it:

This is among the most enforceable trade agreement we’ve ever accomplished, looking forward to making it an authentic move which will change people’s lives and making the U.S. economy stronger and better

In a joint statement, U.S. Trade Representative Robert Lighthizer and Canadian Foreign Affairs Minister Chrystia Freeland mentioned that the agreement “will strengthen the middle class, and create good, well-paying jobs, affecting the USD in Forex market positively and new opportunities for about half billion individuals who call North America home.