Home - Forex Analysis - Currency - Why The US Economy is Heading For (Double-Dip) Recession
Currency
by ForexNewsNow Team on August 29th, 2011

Why The US Economy is Heading For (Double-Dip) Recession 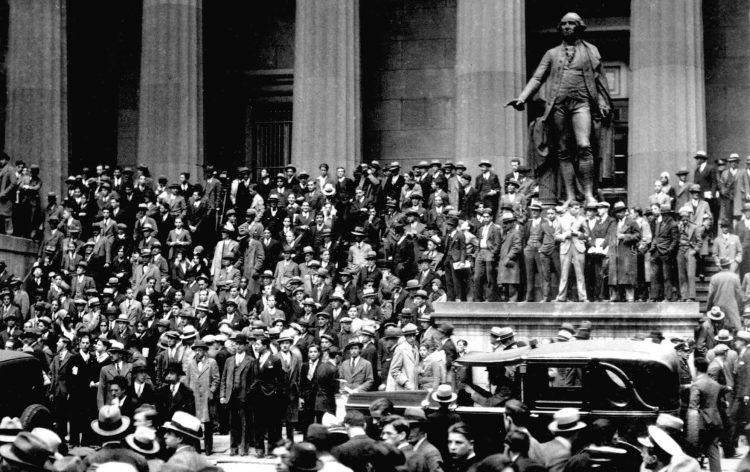 NEW YORK (ForexNewsNow) – Panic is back in the financial markets. In the United States, the long-awaited recovery is still missing and the latest economic data are very worrying.

In the labor market, unemployment is still above the ceiling of 9% of the workforce. Last week, the stock market, including the Dow Jones, went through a sharp decline following the publication of statistics on industrial activity in the country.

Major banks have already revised their growth estimates downward. For the fourth quarter of 2011, JP Morgan is now evaluating the growth of US GDP at 1%, versus 2.5% previously. Worse still, in the first quarter of 2012, GDP should grow by only 0.5% according to their estimates.

Investor confidence is eroding as the world’s largest economy is no longer appealing to many  investors.

The downgrade of the country’s sovereign debt rating by Standard & Poor’s on Aug. 5 was one of the triggers that called into question the US’s international credibility. China began to criticize the “cowardice” of US political leaders.

The long discussion concerning raising the debt ceiling increased the anxiety of the market and the Fed does not seem to be able to find a solution to revive the economy. Indeed, the wait-and-see policy defended by Bernanke in Jackson Hole on Friday, Aug. 26, seems  not to have helped.

Since the end of QE2 on June 30, Barack Obama has no room to maneuver to consider another fiscal stimulus anymore. Without a massive injection of liquidity into the system via a program of Quantitative Easing (QE3), fears of a Double-Dip recession keep on growing. In a country where consumer spending represents about 70% of the wealth creation (compared to 45% in China), the consumer continues to drive the US economy. However it is consumers themselves who appear increasingly worried: nowadays, they’d rather save their money. The decline in real estate prices has seriously affected their net worth and government intervention to redress the housing market failed to stem the price decline.

After the downgrade of the country’s sovereign rating, S&P also downgraded the rating of the two mortgage agencies Fannie Mae and Freddie Mac, from AAA to AA-. And here is the major paradox: following the US economic meltdown in 2008, these institutions were supposed to reassure the markets and they are now doing quite the opposite.

Pick the best US broker here!