Dollar Up On Positive Manufacturing Data 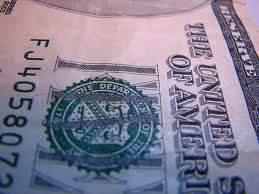 NEW YORK (Forex News Now) – Today in realtime forex news, strong data from the Institute of Supply Management’s monthly report on national factory activity – coupled with a positive construction spending report – sent the dollar up against the euro and yen.

The ISM released its monthly report for October, which serves as an index on national factory activity and manufacturing strength – a key component of the U.S. economy. The report for October revealed that the index increased to 56.9 – up from 54.4 in September and well above the 54.0 consensus forecast from economists in the field.

Also in the report, the sector employment index increased to 57.7 from 56.5 in September, providing a spot of relief against the national unemployment rate’s stubborn stay at 9.6%.

Readings above 50 for the ISM report collectively reveal expansion in the sector, which suggests that the ongoing economic recovery – sluggish at best throughout most of 2010 – may be gaining some sort of traction.

A report from the Commerce Department also suggests that spending on construction in the U.S. picked up unexpectedly in September, which provides a boon to the economy that is dependent on public and private spending.  Most of the growth in the 0.5% increase to $801.7 billion annually spent comes through increased investment in public projects throughout the nation.

Economists predicted a 0.5% decrease in construction spending for the month of September.

The positive data is good news for dollar investors who have seen the U.S. dollar index take hit after hit over the past few months.  Uncertainty remains, though, because of the upcoming Federal Open Market Committee meeting that will determine the next round of monetary policy for the U.S. economy.

Still, the U.S. index is up 0.17% to 77.396 in realtime forex news today, pulling above Friday’s close and setting the stage for what could be a second-straight week of gains for the beleaguered currency.

Investors will likely continue to be cautious when trading the dollar even in spite of positive manufacturing and construction data because of the midterm elections held on Tuesday.  As such, continued volatility is not expected over the next 24 hours.