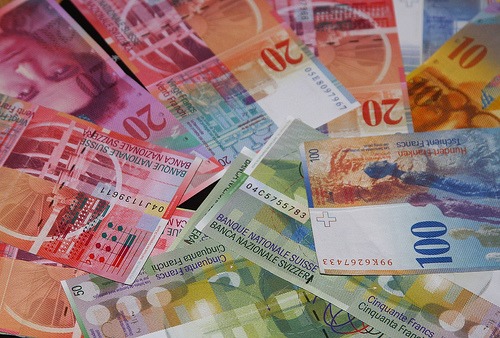 NEW YORK (Forex News Now) – The EUR/CHF has been a one-way trade for FX traders for the bulk of the last few years, but recently there have been signs that the easy trade might be over.

Between the second half of August and the first half of September, the pair formed several weekly hammers in the 1.30 area. FX traders will have noticed this to be a signal that perhaps the pair finally found support at these extremely low levels.

The pair has a couple of weekly bearish trend lines that are far above the current levels FX traders currently are trading this pair at. However, there is a support and resistance area above at the 1.40 handle.

Any break up towards the area could see significant resistance, and possible consolidation to find the inner trend line marked on the weekly chart below. Just as the pair had been oversold, it is now approaching an overbought condition in the short term.

The Swiss Central Bank had intervened several times in the pair previously, but had to give up as the rest of the world was shorting the pair. In fact, the last intervention was back in June of this year, near the 1.50 handle, of which we are a long way from.

However, with the world focusing on buying the Yen, it is perhaps possible that the Franc might actually get a respite from panic buying for a while, allowing for the above mentioned consolidation scenario.

It should be noted that the Swiss are finding a way to weaken the Franc through other pairs recently, as they are buying the Yen along with everyone else, but also selling the Franc against it, creating a “faux exodus” from the Franc in unconventional markets. Added to the recent strength in the Euro, this has inadvertently given this pair a lift, not so much through demand, but through collateral damage.