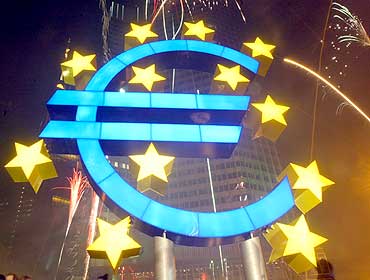 NEW YORK (Forex News Now) – While the EUR/USD pair has been hovering around the 1.40 area for a few weeks now, any attempt to clear the 1.40 handle has been rejected. All moves above the mark in online FX trading have seen the strength disappear towards the end of the trading day, as traders are waiting on several news events that could affect the pair over the next few days.

With Wednesday seeing the Federal Reserve make an announcement about its upcoming policy, and the European Central Bank’s rate decision and statement coming up 24 hours later, online FX trading could be volatile over the course of the week. Traders should however, have a good idea as to the future direction of the EURUSD pair.

Patience has been the order of the day for the trader that prefers longer-term or swing trading. It simply has not been possible for the last two weeks. However, it should be noted that the pair has been slowly hanging around the 1.40 mark, which is significant resistance. The significance of being able to stay at these lofty levels tells online FX trading participants that the market is leaning towards buying the euro.

After the announcements, the following prices should be of significance: 1.40 and 1.37. It is between these two areas that the pair has been “stuck” over the last two weeks. Any daily close above the 1.40 mark would signal bullishness, and a close below the 1.37 level would signal bearishness.

A bullish move could see the pair move all the way up to 1.43 in relatively short order. A bearish move would have it looking for support at the 1.35 area, which is a significant area of strength in the pair.

Unless there is a surprise shock to the system however, it is unlikely that we will see any significant move either way until at least the Fed’s meeting is over, and possibly the ECB’s as well. Below is a chart of the EUR/USD, and an outline of its range: