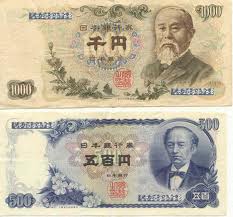 NEW YORK (Forex News Now) – Repeating drops in USD/JPY have led some in the industry to believe that another intervention from the Bank of Japan is imminent if the dollar falls too quickly against the yen.

Last week, the Japanese government intervened in the currency markets for the first time in six years when it bought approximately 20 billion yen on the open market.  The move was in response to a dropping USD/JPY, which threatened to strengthen the yen and weaken an economy dependent on exports and the ability for said exports to remain cheap to buy.

The magic number for that intervention was 83 yen.  After the intervention, USD/JPY rose to over 85 yen.  Currently, USD/JPY is down 0.2% to 84.35 – a modest drop but a drop nonetheless.

The decline and disappointing economic news in the United States has sent the yen to near-record highs, which prompted an intervention that was successful – for a time, at least.

Not all are convinced, though, that this FX trading news will continue.

Lee Hardman, a currency economist at Bank of Tokyo-Mitsubishi UFJ, suggests that the Japanese government will intervene again in the currency markets when USD/JPY reaches the 83-82 mark. “The drop in short-term US yields is more consistent with 80 yen than 85 yen,” hinting at a future move by the Japanese government to shore up the yen against a dollar that continues to slip.

What are the odds that the Japanese government will act once more? And if it chooses to make a move, what the chances that the move will have positive long-term consequences for the yen?

Current economic trends and FX trading news concerning the yen’s chief partner – the dollar – suggests that the American economy will not recover significantly by the end of the year, and will likely send the dollar down further – albeit not as extensively as the previous decline.  With a dropping dollar, the Japanese government cannot afford to let the yen rise higher than it already is.

Therefore, the chances are good that we will be seeing yet another Japanese government intervention in the market at the 82-83 yen mark.  That is the easy answer.  The less-clear answer to the second question – whether or not this intervention will have any long-term benefits for the yen – is a bit more difficult to envision.

Chances are that within the next two weeks, USD/JPY will rise significantly after a move by the Bank of Japan before falling again.  It is also likely that non-FX trading news – like the November midterm elections in the United States – will provide a temporary boost to American consumer sentiments that will make the dollar rise momentarily, thus adding to the USD/JPY boost.

Ultimately, though, it appears as if the dollar will remain weak for the foreseeable future – and that means a high yen, intervention or no.