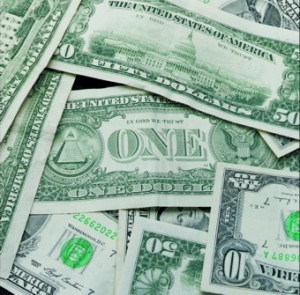 NEW YORK (Forex News Now) – The research group, The Conference Board, is due on Tuesday to release the results of its monthly U.S. consumer confidence survey, in one of the day’s spotlight FX news events.

The results, which are given in the form of an index reading, have been forecasted to come in at 53.5, according to three major currency trading news outlets. This would constitute a slight, yet significant, rise from the previous reading of 52.5.

The Conference Board is due to publish the report at 2:00 P.M., GMT; as such, the report is likely to dominate European afternoon currency trading.

Learn about forex trading indicators that can help you turn P/L reports green.

Given the current fx news, a better-than-expected result could push EUR/USD further down, toward key support around Friday’s low of 1.3201, which was also a one-year low.

Such a reading could also, however, propel the euro back up versus the dollar, since improved U.S. consumer confidence would be a further sign that the global economic recovery is gaining pace – and consequently sharpen FX traders’ risk appetite.

A worse-than-expected result could very well prove to be the day’s defining FX News, coming on the back of mounting uncertainty over Greece’s debt crisis. Such a result could either force EUR/USD up toward resistance around the high of April 12, 1.3692, or cause FX traders to rush to the greenback as a safe haven currency, against which the euro would likely weaken.