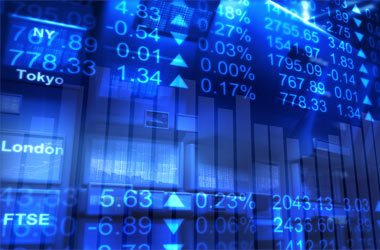 NEW YORK (Forex News Now) – Daily Market Overview – The U.S. Dollar was up against all of the major currencies on Tuesday, with the exception of Sterling, which gained fractionally, according to the daily forex news.

The Greenback traded higher as tension in the Middle East continued driving risk aversion in the currency market. This week is Iran’s turn as security forces confront opposition supporters in the Iranian capital, Tehran.

In addition to safe haven buying, USD news showed the Greenback was further supported by comments made by Fed Chair Ben Bernanke in his testimony before Congress on Monday. He stated there was “increased evidence that a self-sustaining recovery in consumer and business spending may be taking hold” despite continued weak employment numbers.

EURUSD analysis showed the common currency gained initially on Tuesday after positive economic data out of the Eurozone, only to fall later in the session as the Greenback gained on risk aversion.

In GBPUSD news, Sterling made a fresh 13-month high against the U.S. Dollar after U.K. Manufacturing PMI came out at a record 61.5 in February. Also, Cable gained on hawkish comments by BOE Governor Mervyn King, who stated that “if we continue to experience above-target inflation for long enough there could be an upside risk to inflation expectations.”