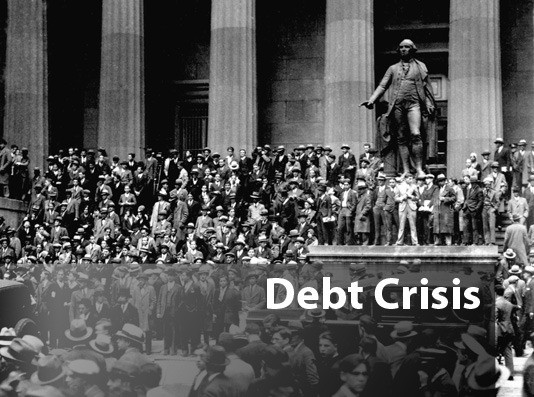 ForexNewsNow – What’s the difference between a recession and a depression? And what are we currently going through?

One of the best quotes regarding this subject was uttered by none other than the 33rd President of the United States, Harry Truman. He famously said, “The recession is when your neighbor loses his job. Depression is when you lose yours.”

A difference in definition

When the Subprime Crisis began plaguing global economies in August of 2007, the word ‘recession’ was accepted as a matter of fact, while the word ‘depression’ was regarded as almost taboo, yet the economies of US and Europe both came dangerously close to meeting the characteristics of a depression. But since the new European and US Debt Crises brought global economies to a new low, the debate between depression and recession has been reignited.  So here comes the real question – Will we now be facing a depression or a recession and what is the real difference between these two concepts?

Depression, according to most definitions, is characterized by a decline of more than 10% in GDP for more than three years. According to this definition, the last depression occurred between 1929 and 1933 (known as the Great Depression) when the Gross Domestic Product of the world’s four largest economies collapsed by more than 25%.

Recession, on the other hand, is defined as a decline in a country’s GDP for two or more consecutive quarters. As you can see HERE, the last recession occurred in the US between 2008 and 2009 in the wake of the subprime crisis. Now, the question on the tip of everyone’s tongue is whether the US will experience a ‘Double Dip Recession’ – two recessions in close proximity to one another separated by a very brief period of economic growth.

When taking a closer look at the global economic situation it becomes clear that the current crisis is essentially an extension of the previous one. The Debt Crisis currently shaking the economies of Europe and American are a direct result of the Subprime Crisis of 2008.

The current crises stems from an attempt by national governments to rescue the private sector through a massive injection of public funds into the markets. While this injection temporarily lifted markets, in the end these initiatives increased the debt of these countries so drastically that it essentially bankrupted the countries that undertook them.

In many ways, the countries simply moved the problem from the private sector to the public sector. Whereas in 2008 Europe and the US suffered from a massive Private Debt Crisis, in 2011 these same countries are experiencing a massive Public Debt Crisis. The recent collapse of many stock exchanges did little to reassure the markets, but new solutions might be provided soon if political leaders decide to take their responsibilities depite strong oppositions in their national parliaments.

A difference in confidence

The real difference between a depression and a recession is market confidence. An economy’s decent from recession into depression can be prevented as long as political and economic leaders act competently and inspire confidence in the short-term economic outlook. While the current uncertainties voiced by market analysts does little to reassure the public, it should be noted that market analysts are primarily concerned with short-term profits and fluctuations in the market and are therefore by nature alarmist in their predictions. Market watchers often ‘cry wolf’ over short-term economic trends that appear to be permanent, but in the longer term these trends may or may not last longer than a quarter or a year. All this is not to say that the current global economic crisis is not both real and serious in scope. But it does mean that the world’s largest economies have realized the scope of the crisis and are attempting to undertake massive coordinated intervention to circumvent the decline of our economies and prevent a decent into depression.

Despite the dire short-term economic outlook, ForexNewsNow analysts believe that the long-term health of the US and European economies should remain intact if economic leaders are able to coordinate an effective market intervention, otherwise, the shadow of a new depression remains on the horizon for Western economies.