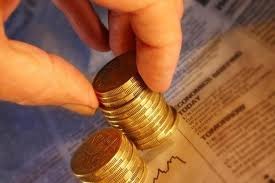 NEW YORK (Forex News Now) – The Bank of Japan’s intervention to begin a devaluation of the yen yesterday provides an interesting case study to examine the effects of a government’s fiscal policy on its currency.

In this article, we’ll discuss briefly how monetary policy and fiscal policy work in relation to a currency, and then take a look at the relationship between fiscal policy and the USD/JPY pair over the past decade.

The Two Policies
Fiscal policy and monetary policy form the two main methods of how a government influences and manages the economy –for better or for worse.  As we will see, though, they also have an impact on global forex trading.

As mentioned, fiscal policy involves government control over revenues and expenditures, either to expand government spending versus revenue or contract it. Running a budget or a deficit, encouraging a trade surplus or deficit, managing the inflation rate, etc. are all examples of fiscal policies.  Monetary policy controls the supply currency in circulation.

Setting interest rates is the most common tool governments use to manipulate currency, and keeping a careful eye on interest rates is a must for any realtime forex trader.  But, fiscal policy also is something to keep an eye on, as a brief analysis of USD/JPY shows.

Fiscal Policy and USD/JPY
Over the past half-decade, the yen has consistently been the strongest currency in the world, in terms of how much value it has gained relative to the other major currencies over that time frame.  In 1973, when floating exchange became the norm in global forex trading, one dollar was worth a peak of 301.75 yen.  In 2010, by contrast, the yen reached an all-time high of 82.85 USD before retreating due to the aforementioned intervention yesterday.

The dramatic move is in part due to fiscal policies used to combat deflation.

The government of Japan has been fighting deflation for the past two decades, using fiscal policy to attempt to control the falling Consumer Price Index – down  1.1% in July, 2010, the 17th month in a row that has witnessed a decline.  It has also attempted to mitigate the influence of a high yen through fiscal measures, as to reduce demand for the yen.

Over the past two decades, Japan has engaged in prolific public spending as a means of boosting a flagging economy, and has also borrowed extensively instead of raising taxes.  As a result, the public debt has soared in relation to Japan’s GDP and spurred on recurring deflation.

The deflation, in turn, has weakened Japan’s economy, and has helped to cause a dramatic rise in the value of the yen relative to the dollar.  Fiscal policy in the United States over the last decade, meanwhile, has driven the value of the dollar down through high levels of spending, furthering the increase in the yen.

Now, the government of Japan is contemplating a wide variety of fiscal reform policies, including raising the national sales tax from the current rate of 5% to generate extra revenue to pay down the debt.  These reform efforts, in conjunction with monetary intervention, could help to lower the value of the yen in the long term, but Japan’s government is still engaged in debate over what form these measures will take.

Difficulty with pursuing meaningful fiscal reform – including managing Japan’s burgeoning public debt – is an indicator for realtime forex traders that the yen’s overall value against the dollar will likely increase over the long term.