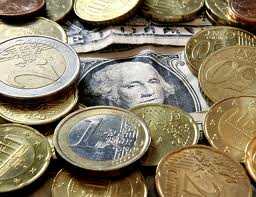 NEW YORK (Forex News Now) – Investors lately have been intensely eyeing global forex news for indicators of where EUR/USD will go. The resurgence in the euro versus its American cousin has led many forex investors to bank on continuing strength in the upward trend.

Paying attention to global forex news is one of the best ways to gauge the future direction of any pair – especially EUR/USD, which is impacted by at least one piece of news every day.  Separating the wheat from the chaff in news, though, can be tricky and lead to false perceptions.

Below are three major factors that will determine where EUR/USD goes from here, both for the short-term and long-term projections.

Central Banks: The Fed and the ECB

Central banks are as influential with the euro and dollar as they are with just about every other major currency on the market.  The Federal Reserve and the European Central Bank in particular draw more attention than the other central banking institutions because their decisions are far-reaching – even if they are not particularly clear or concrete.

Right now, the key driving force behind this pair is arguably the Federal Reserve and its purported move towards additional quantitative easing stimulus methods that will most certainly send the dollar down further.  It is likely that the ECB will adopt a wait-and-see approach before it adopts any major measures for the euro.

The lack of major global forex news items like those experienced during this past summer has lured some investors into a false sense of security regarding the safety of the euro.  The debt crisis that reared its head earlier this year, though, is far from over.

Portugal, Ireland, Italy, Greece, and Spain are still dealing with the repercussions of the recession. Just within the past week, Irish and Portuguese government bonds – portions of government-owned debt – performed poorly at bond auctions, which had a negative impact on the euro. This will continue to be an issue for the long term.

The American economy continues to struggle to recover, which is the primary reason behind the extensive decline over the past four months.  Key economic indicators are released periodically that shine some light on the future of the dollar and almost always directly impact the currency’s value.

Not all are created equal, though. The U.S. Consumer Confidence report, released monthly, always impacts the dollar. The U.S. GDP report, released quarterly (the latest due this Thursday), will also move the dollar –especially if the report is disappointing.  Finally, the ISM Manufacturing Survey, released monthly, always has a massive influence on the market because it provides indications for inflation, among other things.