USD Analysis: Taking a Look at This Morning’s Forex News 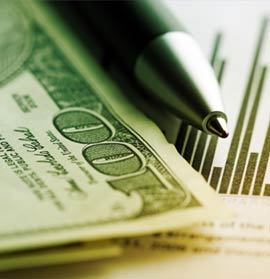 NEW YORK (Forex News Now) – The global markets are still anticipating the upcoming announcement from the Federal Reserve, but that is not the only forex trading news making waves today.

This morning, a slew of economic data and reports were released, revealing clues about the health of the American economy – and where the dollar might be headed with or without the Federal Reserve.

Today, the US Mortgage Bankers’ Association released its numbers for weekly mortgage applications in the country.  For the week ending on October 29th, the MBA reports that applications dropped by 5%, a stunning and severe reversal from the previous weeks’ gain of 3.2%. Mortgage applications reveal clues about consumer spending, since mortgages are significant financial undertakings.  This suggests that the housing market is far from recovered, and consumer confidence in the economy remains shaky.

Today’s non-farm private employment report, released by payroll processing firm ADP, provided a bit of good forex trading news for the markets . The report shows that non-farm private payrolls – a critical segment of the nation’s overall employment rate – rose by 43,000 in October, compared to a drop of 2,000 in September.

Analysts predicted a 25,000 job gain. The news is positive for the labor market, especially coupled with the US government’s non-farm payrolls report due on Friday.  This second report suggests that 60,000 jobs were gained in October versus 95,000 lost in September.

Perhaps one of the most important reports released today, the ISM Non-Manufacturing report revealed an increase in the index to 54.3 for October, better than the consensus estimate of 53.4 and the 53.2 rating for September. The rating suggests that the non-manufacturing sectors of the economy are expanding, which in the long run is positive news for the dollar if the trend continues.

Another bit of forex trading news for the dollar comes in the form of factory orders for the month of September, which saw a 2.1% increase and a 0.4% gain in the ex-transportation component. Consensus estimates put the increase at 1.8%.  Looking at the factory orders in line with a broader perspective suggests that the economy is still continuing to recover, which is perhaps the optimism that the dollar needs to gain upward pressure.

Finally several automakers selling in the US reported positive sales for the month of October.  Ford, Honda, and Nissan all reported gains of over 15%, while GM reported a 4% increase in its light vehicles department. Chrysler was the big winner, with a 37% gain. Vehicle sales indicate consumer confidence in the economy, since vehicles require long-term financial planning which can be stymied if outlook is negative.

Combined, all of this morning’s reports constitute good news for the dollar, which has gained against the Canadian dollar and yen so far in trading today. Still, the looming Federal Reserve announcement could send the dollar down even in spite of today’s reports.