Jersey Shore: Is Snooki loved more than the Swiss franc? 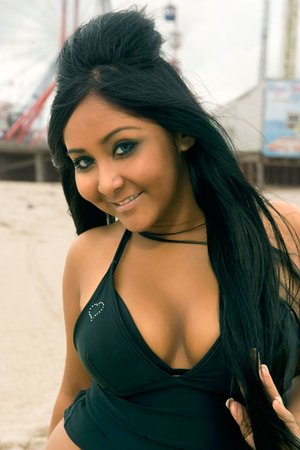 On Wednesday, it emerged that more than half of the residents of New Jersey said that the show was bad for the state, according to a poll by Quinnipiac University.

Much of the anger directed at what some view the most appalling show on TV has been focused on “Snooki,” AKA Nicole Polizzi, the diminutive star of Jersey Shore.

Similarly, one can imagine the Swiss franc to have been the target of anger – and possibly even hatred – among the currency community in online FX trading. Like Snooki, the country that uses the Swiss franc is small, and it is regularly held up as an example of everything wrong in the reality show that plays out 24/7, five days a week on forex platforms: currency market trading.

Yes, while the stars of Jersey Shore go “creeping,” FX traders regularly bet on the expected actions of the Swiss National Bank. And just as the “Guidos” and “Guidettes” down shot after shot of booze, FX traders buy Swissys with a seemingly insatiable hunger.

How pathetic the euro and pound must feel as they watch their Swiss cheese-guzzling neighbor wined and dined, while they are shunned as too risky. It is likely that were these other currencies capable of communication, they would write some pretty scathing blogs about the Swissy and its FX rate.

However, we cannot ignore the fact that “Jersey Shore” is indeed a massive hit, and it follows that for all the criticism levelled at Snooki and her fellow stars, there are clearly millions of people who also love them – or at least love watching their antics.