Home - Top Stories - Ban On Forex In Belgium: A Mistake Or A Start Of A New Era?
Top Stories
by ForexNewsNow Team on September 12th, 2016

Ban On Forex In Belgium: A Mistake Or A Start Of A New Era?

Belgium cracked the whip, issuing a blanket ban on trading in all leveraged financial products in the country. The move was a rare case of the Belgium’s Financial Services and Markets Authority (FSMA) leading the region in financial market regulation. FSMA has earned a distinction in Europe as a follower financial regulator.

Belgium’s ban affects retail trading in contracts for difference (CFD), leveraged forex contracts and binary options. FSMA considers these financial products highly risky and several officials of the Belgian government have commented saying that the total ban on leveraged OTC derivatives is designed to protect the Belgium trader. One of the faults Belgian regulators have found with leveraged financial products traded on the retail market is that they are not connected to the real economy. 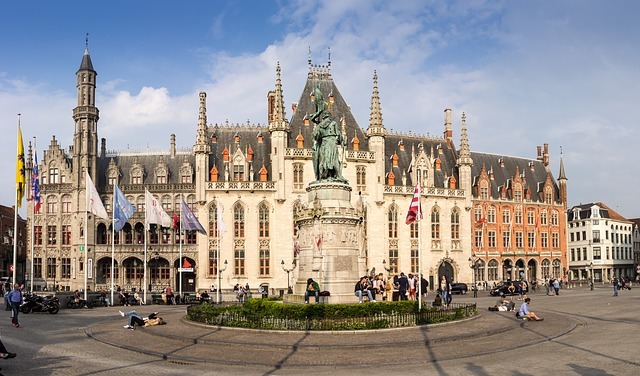 However, the last straw that broke the camel’s back with regards to Belgium’s ban on OTC CFD, FX and binary options came in the form of complaints from local traders. There have been complaints of high-pressure sales tactics and outright fraud. For instance, Belgium traders found that they could not withdraw money from their accounts at some brokers.

So the Belgian government felt that it would be great to fix the problem once and for all by issuing a total ban on retail trading of all kinds of leveraged financial products in the country. But, was that the right move?

Belgium’s ban on OTC CFD, forex and binary options will effectively remove unregulated and unscrupulous market participants. That should not only eliminate the headache for Belgium traders who have been long suffering, but also create conducive environment for exchanges to prosper in leveraged financial products trade.

Sanitizing the market is a priority of regulators everywhere. In fact, before FSMA made its total ban move with regards to OTC trading in CFD, forex and binary options, financial regulators in France had already banned the advertising of such financial products but fell short of banning trading activities around them.

Therefore, Belgium’s move seems to reflect a wider problem in the region.

Would it have been done better?

However, Belgium appears to have casted its net wider than was necessary, thus causing serious collateral damage. While a total ban on retail leveraged financial products will help sanitize the market, it hurts the hardworking genuine participants who have been trying hard to operate within the law.

Furthermore, the blanket ban disregards the important role played by retail traders in boosting liquidity. Given the slowdown of the global economy, increasing liquidity is important to avoid falling into a recession and Belgium itself needs to battle liquidity shortage in its economy. As such, the move to issue a total ban on retail trading in forex, CFD and binary options seems to be at odds with efforts to alleviate liquidity shortage.

In any case, Belgium’s move could spark a trend across Europe and the world, thus further putting more strain an already fragile global economy.

Though there is no substitute to market sanitization, better options existed in Belgium’s case. Australia is a glowing example. Faced with the face problems Belgium is struggling with, Australia came up with an automated real-time surveillance system immediately removes nefarious players in from the country’s forex, CFD and binary options markets. With that, the good guys are prospering in Australia’s retail leveraged financial market without serious collateral damage to the economy. That is a system that Belgium could use to put its challenges in regulating the retail market of leveraged financial products to rest.