Home - Top Stories - Bernanke’s Speech at Jackson Hole: Why It Does Not Bode Well
Top Stories
by ForexNewsNow Team on August 26th, 2011

Bernanke’s Speech at Jackson Hole: Why It Does Not Bode Well 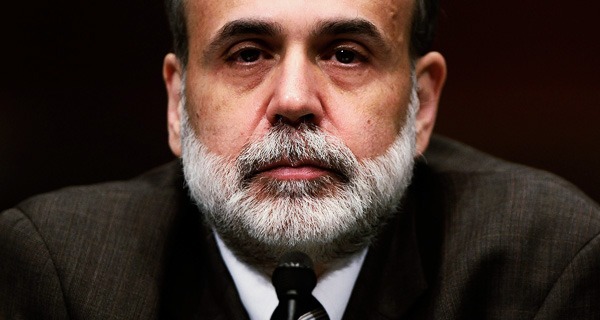 NEW YORK (ForexNewsNow) – Federal Reserve Chairman Ben Bernanke did not announce any new measure in order to help the US economy recovery during his speech at Jackson Hole, Wyoming. Investors now have to wait until next Fed meeting in September for new monetary policy decisions.

“Although important problems certainly exist, the growth fundamentals of the United States do not appear to have been permanently altered by the shocks of the past four years,” Ben Bernanke justified.

In his highly anticipated speech, Bernanke finally decided not to take any new decision, except letting the door open, which surprised traders, for new announces in September. The Fed will meet two days in September instead of one originally planned. Thus, according to analysts, Ben Bernanke’s speech maintained the possibility of a new monetary stimulus. He also called elected officials to implement a new fiscal stimulus.

“We will continue to consider those and other pertinent issues, including of course economic and financial developments, at our meeting in September, which has been scheduled for two days (the 20th and the 21st) instead of one to allow a fuller discussion. The Committee will continue to assess the economic outlook in light of incoming information and is prepared to employ its tools as appropriate to promote a stronger economic recovery in a context of price stability,” said Bernanke.

According to Julian Callow, economist at Barclays Capital, “The fact that there is a two-day meeting of the Monetary Policy Committee is interesting and shows that the Fed is prepared to fight some dissension within the FOMC. “

For his part, Eric Green, chief economist at TD Securities, said that “his speech was below markets expectations, but he is cautious, aware of the global economy weakness. In all honesty, he no longer has so many tools…”

This pessimistic opinion might also be the most realistic one.