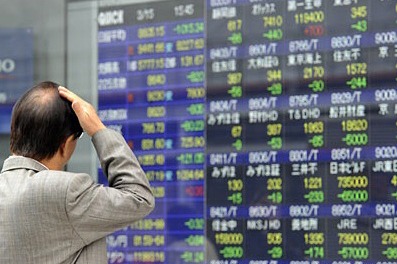 NEW YORK (ForexNewsNow) – One of the world’s top three credit rating agencies, Moody’s, announced on Wednesday, August 24, that it would downgrade the credit rating of Japan by one notch, from Aa3 to Aa2, because of the country’s massive debt, compounded by the earthquake the country recently suffered on March 11.

Japan’s debt is currently equivalent to twice its Gross Domestic Product (GDP) and its debt burden continues to grow every year, especially since the global economic crisis of 2008 – 2009.

This is the first time a major credit rating agency has lowered Japan’s debt rating since the March 11 earthquake. However, Moody’s had already warned of this risk in late May.

Japan’s unfortunate earthquake only further delayed the country’s recovery from the global recession of 2009 and worsened deflation. The country’s current potential for economic growth is low, making it even more difficult for the government to achieve its goals of deficit reduction and to launch a major reform of the tax system and social benefits.

The rating agency also announced that it would downgrade by one notch the rating of the long-term debt of major Japanese banks.

In particular, Moody’s negatively revised its assessment of Mizuho Bank, Bank of Tokyo-Mitsubishi UFJ and Sumitomo Mitsui Banking, due to the downgrade of Japan and fears that the country has in the future less capacity to support the banking sector in the event of another financial crisis. Overall it appears that it will take 5-10 years for the Japanese economy to absorb and overcome the dual impact of 2008 financial crisis and the 2011 earthquake and regain its previous economic trajectory.