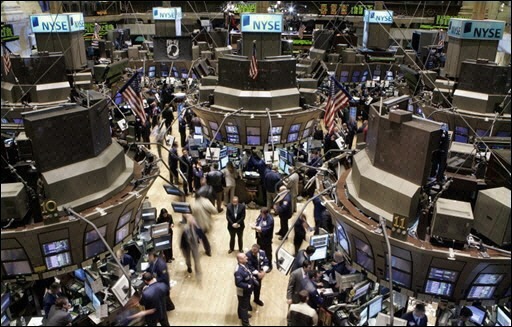 ForexNewsNow.com (New York) – European stock markets have opened up, convinced that the US Federal Reserve and Ben Bernanke will intervene soon. According to the Federal Open Market Committee minutes from the meeting on August 9th, released yesterday, Fed officials are discussing new monetary stimuluses to boost growth in the United States.

The Paris Stock Exchange and its European counterparts have opened up today with investors  showing more and more enthusiasm about the will of the U.S. central bank to act in order to restore growth. In Paris, the CAC 40 gained 0.8% in early trading, while in London, the FTSE rose by 0.3% and the Dax in Frankfurt gained 0.7%. On Wall Street, the Dow Jones gained 0.18% and the Nasdaq was up 0.55%. Wall Street indices finished up for the sixth time in the last seven sessions.

Stock indices spiked after the publication of the FOMC minutes although the dollar lost ground via the Euro immediately following the release. The minutes show that Fed officials discussed ways to do more to support the US economy in order to avoid a double-dip recession. Fed officials discussed several concrete ideas including additional purchases of financial securities on markets and lowering the interest rate for banks to borrow money.

Inna Mufteeva, an economist at Natixis, found the likelihood of further monetary easing “quite high”, despite the existence of  “clear differences of opinion within the monetary  policy committee.”