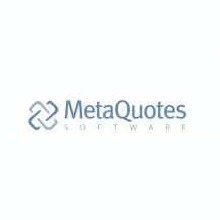 ForexNewsNow – Popular online trading technology developer MetaQuotes began to crack down on third party software developers that in the past have developed various tools and plugins that worked as an add-on for the platforms developed by MetaQuotes.

A few weeks ago MetaQuotes warned third party technology developers that they are not allowed to develop and install third party applications that replicate the functionality of the platforms developed by the company. Usually, these third party tools were used together with the products developed by MetaQuotes in order to increase trading efficiency.

The first plugin of this kind that was targeted by MetaQuotes was an application developed by Mt4i, a leading internet portal that allows traders to publish their trading activity. The plugin developed by Mt4i allowed traders to trade on an enhanced trading interface using the traditional MetaTrader 4 platform.

The add-on also offered traders the possibility to close all winning and losing traders with just one click, a functionality that is not available on the standard MetaTrader 4 platform. The plugin was reportedly adopted and offered by a large number of brokers including two major UK companies.

In its statement, MetaQuotes reminded developers of its terms and conditions, pointing out that the development of third party add-ons and tools for the MetaTrader 4 and MetaTrader 5 platforms are not permitted. The company requested developers to withdraw all illegal add-ons and advised traders to revert back to using the standard platforms developed by the venture.

MetaQuotes claims that the using of such third party add-ons can have negative consequences for traders. This is because traders can never be fully sure about the nature of these add-ons since they were developed by independent and unauthorized developers and not licensed and legitimate companies such as MetaQuotes.

Not so long ago, many traders reported errors and crashes involving the MetaTrader 4 platform at some brokers. MetaQuotes explained that these errors and crashes were caused by a third party plugin that was installed by the traders who experienced the problems. It’s believed that this was the event that finally determined the company to crack down on third party plugin developers.

In its latest statement, MetaQuotes again warned that it would continue to crack down on illegal plugin developers and the event involving Mt4i is just the beginning of this process.

Even though the MetaTrader 5 platform is the newest platform, most traders and brokers still continue to prefer its predecessor, the MetaTrader 4 platform. Both platforms are known for their stability as well as reliability.

However, an increasing number of traders believe that the platforms developed by the company do not have the necessary functionality to satisfy the needs of traders in the modern age of online trading. As such, multiple smaller companies and even individual programmers decided to develop tools and add-ons that enhance the trading experience offered by the platforms developed by MetaQuotes.