Home - Top Stories - Is there a risk of a new stock market crash?
Top Stories
by ForexNewsNow Team on July 13th, 2011

Is there a risk of a new stock market crash? 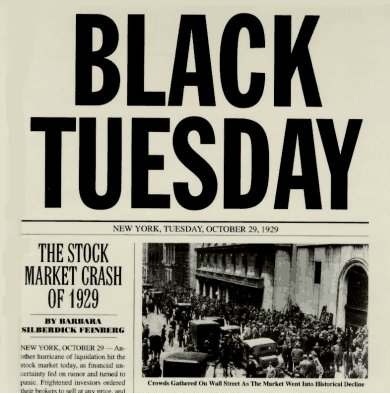 As the financial markets continue to be impacted both by the debt crisis in the US and the ongoing Greek crisis that now threatens to envelop Italy as well, it appears legitimate to wonder whether we are heading for a new crash or not. French economist Patrick Arthus offers his analysis on the current situation:

What are the causes for concern of a new crash?

The end of the Quantitative Easing 2 (QE2) program launched by the US Federal Reserve, which signifies the end of the rapid growth of the US monetary base, will lead to a decrease in the amount of money that is funneled into the stock markets.

– A decline in creditworthiness of indebted US households caused by falling house prices.

– The enforcement of restrictive budgetary policies in euro zone countries and the declining of real wages that comes as a result.

– A decline in world trade with a drop in activity in China and Brazil due to restrictive monetary policies.

The risk aversion could increase in two cases:

– If the European public debt crisis engulfs other countries besides Spain such as Portugal, Ireland or, more recently, Italy.

– If there ends up being a real public debt crisis in the United States.

What are the reassuring factors against a new crash?

When we look at recent levels of equity risk premiums, we can see that the stock markets are highly undervalued, with a high margin of safety that could absorb large shocks, such as a rise in long-term interest rates due to the end of QE2.

The high dividend yield in the euro zone makes European stocks attractive even in the absence of a surplus value in capital.

There has been a shift towards companies offering a higher percentage of corporate earnings to their shareholders. The recent rapid growth in earnings per share is largely due to this change in profit sharing which has come at the expense of the employees working in these companies. This change continues today thanks to the high rate of unemployment and the lack of negotiating power of many of these employees. As such, investors should continue to observe a rapid increase in corporate earnings.