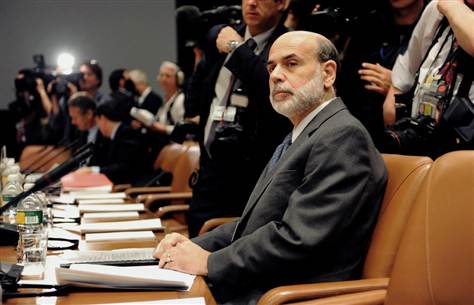 NEW YORK (ForexNewsNow) – As the debt crisis looms ever larger on the political front of the Western world, the Jackson Hole Economic Policy Symposium to be held on Friday, August 26 in Wyoming is the one meeting that people hope will help shed some light on the possible solutions to the current economic impasse.

But just weeks after Standard & Poor’s announced it would downgrade the US Debt Rating, Moody’s decision to drop Japan’s Debt rating should be taken as a clear signal that the Debt Crisis is far from over. Neither the end of the Debt Ceiling debate in the US Congress, nor the numerous multinational EU meetings in recent have successfully reassured the markets sufficiently. The forex markets expecially have been the subjected to increasing volatility as forex traders move their assets into “safe haven” currencies such as the Yen and the Swiss Franc amid speculation that other markets will continue to plunge. For option traders, gold is now being viewed as one of the safest investments on the market and has continued to climb steadily over the past 12 months and is now breaking previously unheard of price barriers.

All this market commotion, which clearly indicate a sense of anxiety and lack of faith in the markets, begs the question – Will Bernanke’s speech at Jackson Hole be able to ease the current underlying economic tensions? The answer is dubious at best.

The vast majority of mainstream market analysts expect a third round of Quantitative Easing (also known as QE3) in one form or another. Even if Bernanke refuses to label the set of actions the Fed is preparing to undertake as the official third round of Quantitative Easing – most analyst interpret the Fed’s next move as exactly that. As the Fed has already pledged to keep its interest rates low until 2013,  the organization’s room for maneuver is getting increasingly tight. Will a massive injection of liquidity help the US economy rebound or will it simply be another drop in the bucket? It all depends on Federal Reserve Chairman Ben Bernanke’s assessment of the US and global economy, which he is scheduled to deliver at the Jackson Hole economic conference on Friday August 26th.

It is important to note that the status quo does not appear to be an option for both the US and the European economies at the moment – stock markets are plummeting and recession seems inevitable. Yet it appears that the most vital factor at the moment is an intangible good, and that good is market confidence. Many would argue that market confidence has been the one thing that allowed the US barely escape a full on  depression instead of a recession this summer. The major challenge that Federal Reserve Chairman Bernanke faces on Friday is to renew markets confidence in the US economy, which many people see as declining in the near future, especially after the US’s recent credit downgrade.

That is why, according to ForexNewNow analysts, it’s less important whether Ben Bernanke’s announces an extension of QE2 or the start of a new round of Quantitative Easing, what matters most is whether the Fed’s decision, whatever it may be, will restore the necessary confidence levels of confidence in the ailing global financial system.