Home - Top Stories - Jackson Hole: Had You Ever Heard of It Before?
Top Stories
by ForexNewsNow Team on August 23rd, 2011

Jackson Hole: Had You Ever Heard of It Before? 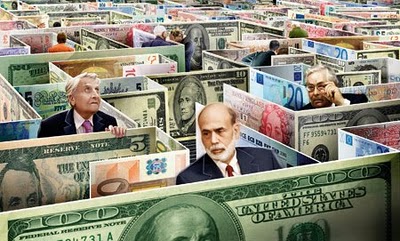 NEW YORK (ForexNewsNow) – The economic summit being held in Jackson Hole on Friday is definitely not a new event, the annual conference has been held every year since 1978, yet what is surprising about this year’s Jackson Hole meeting is the interest it is generating from market analysts across the globe.

The summit, which is sponsored by the Federal Reserve Bank of Kansas City, brings together central bank officials, market experts, academics and even finance ministers from around the world to discuss issues that are not necessarily of immediate interest, but rather to develop long-term perspectives and discuss long-term trends on emerging future concerns. While the conference originally focused on global macroeconomic issues, such as international agriculture and world trade, over time the conference has assumed a much more political and financial tone. A place for criticisms

The shifting point of the Jackson Hole conference may have been the double-dip recession of the 1980’s, because during the 1982 Jackson Hole conference the meeting began changing its focus towards more financial issues. Every year since this shift, the participants at Jackson Hole became more and more interested in discussing issues of monetary policy, macroeconomic issues of debt sustainability, price stability and financial market volatility or even restructuring of the financial system. These once avant-garde ideas are becoming all the more relevant now that the double crises of 2008 and 2011 seem to indicate that a massive restructuring of Western economies is needed in order to prevent a third crisis from occurring in the next decade.

While some analysts denounce the Jackson Hole meeting as a dead end, since over the past decade the seemingly “future-looking” conference failed to identify the policy mistakes which led to the dual financial disasters the Western world is currently experiencing.  Others would argue that no institution or analyst could realistically have anticipated the way the financial markets act and react to real time events. This is one of the reasons why the 2011 Jackson Hole economic summit aims to be as transparent as possible this year, to help communicate to the public all of the different ideas and opinions regarding the current economic turbulence. Accordingly, the meeting will be publicly broadcasted on the Kansas City Federal Bank website (kc.frb.org) and visitors will be able to read what is said during the debates in real time.

And you, had you ever heard of this meeting before 2010 ?