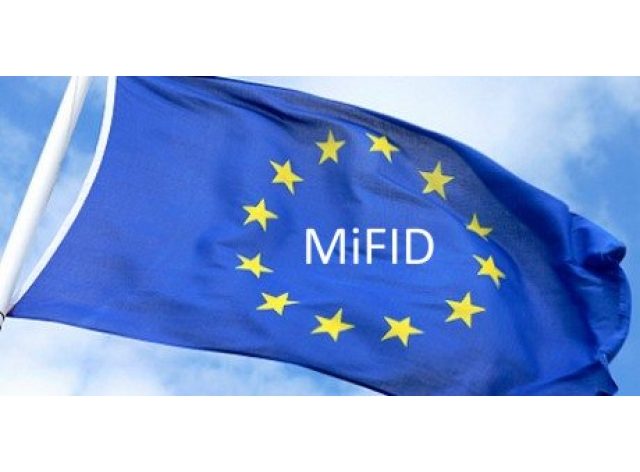 MIFID II is among the most discussed topics in the financial industry regulation today. It is also considered by some to be the most contentious, if not ambitious, financial reforms drafted by the European Union in response to the devastating 2008 financial crisis.

MIFID II is the revised version of MIFID and it regulates everything from how and where derivatives can be traded to policing areas of potential conflict of interest among financial services providers. MIFID II also has provisions dealing with reducing financial markets volatility as the EU tries to put in place a safe and sound regional financial system.

What impact will MIFID II have on retail forex trade and what are the important dates about the implementation of the law?

MIFID II law provides for setting up of Organized Trading Facility (OTF) that will exist alongside trading platforms such as stock exchanges. The OTF will seek to capture FX, binary options and other trades that are currently carried out on unregulated platforms. Therefore, MIFID II is seeking to expand regulation of platforms for financial instruments trading.

So as to reduce speculation around agriculture commodities, which are considered a basic product, MIFID II provides a framework for setting limits on the size of positions that can be held in such derivatives.

MIFID II also seeks to curb markets disorderliness by introducing new rules to protect against potential risks arising from increased use of technology in forming electronic transactions. For instance, MIFID II seeks to ensure that high-frequency trading activities do not hamper market integrity or quality.

As part of investor protection, MIFID II calls for increased information on financial products and services offered to clients. For instance, providers of financial services will be required to ensure that employee pay and performance assessment does not encourage practices that can be deemed to be against the interest of the clients.

However, even with the adoption of MIFID II, spot FX trading is likely to continue to be an unregulated platform.

A directive that extends the application date of MIFID II was published in the Official Journal of the European Union. The application date of the law was extended by one year to January 3, 2018. An extension was also made to the date of transposition of MIFID II into the laws of EU member countries. As such, transposition of the law has been pushed back to July 3, 2017.

Before the date amendments, MIFID II implementation was expected to in January 2017. However, the extension of the dates, especially the application date, became necessary after the European Commission hinted that it would require time for the industry to familiarise itself with the new practices and standards. That resulted in the MIFID II legislation being delayed.