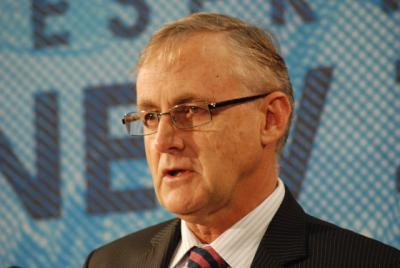 Later in the day, New Zealand’s statistics bureau was due to release data on the number of building consents issued in September, as well as a report on the country’s trade balance during the same month. FX traders, meanwhile, also awaited an important report on initial U.S. jobless claims last week.

According to intraday analysis, NZD/USD was likely to touch support around 0.7404 and encounter immediate resistance around the high of Oct. 25, 0.7561.

The kiwi’s gains came after New Zealand Reserve Bank Governor Alan Bollard said on Wednesday that interest rates will probably need to increase in the future.

In a statement, the central bank chief said: “While it is appropriate to keep the cash rate on hold today, it remains likely that further removal of monetary policy support will be required at some stage.”

Elsewhere, the New Zealand dollar rose versus the yen: NZD/JPY traded at 61.01, up 0.14 percent, according to intraday analysis.