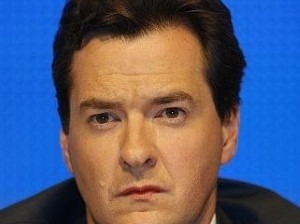 In an editorial article published in the FT, British finance minister George Osborne and several co-authors called for “hard decisions on spending, entitlements and taxation in countries with large budget deficits.”

The article is co-authored with the finance ministers of Australia, Canada, Singapore and South Africa.

It was written on the initiative of Osborne and Tharman Shanmugaratnam, Singapore’s finance minister and chair of the International Monetary and Finance Committee of the IMF, following a conversation between the two men earlier this year.

The article coincides with two gloomy reports on the British labor market, being released on Monday, which suggest that economic growth is slowing.

Osborne believes there is a growing international consensus that Britain has got its fiscal strategy broadly right, according to the FT.

“Getting public finances back on to a sustainable trajectory is central. Nobody should underestimate the political difficulties inherent in the task, but it first requires a collective sense of reality,” the article said.

“Hard decisions on spending, entitlements and taxes in countries with large budget deficits are unavoidable.”

“Consolidation must be accompanied by targeted and fiscally sustainable policies to spur job creation, plus training and private investments to lift each economy’s potential to grow and meet its people’s aspirations,” the ministers wrote.

Commenting on the problems of further contagion in the eurozone the finance ministers, who wrote the article together, said the European Central Bank must take decisive steps to reassure markets.